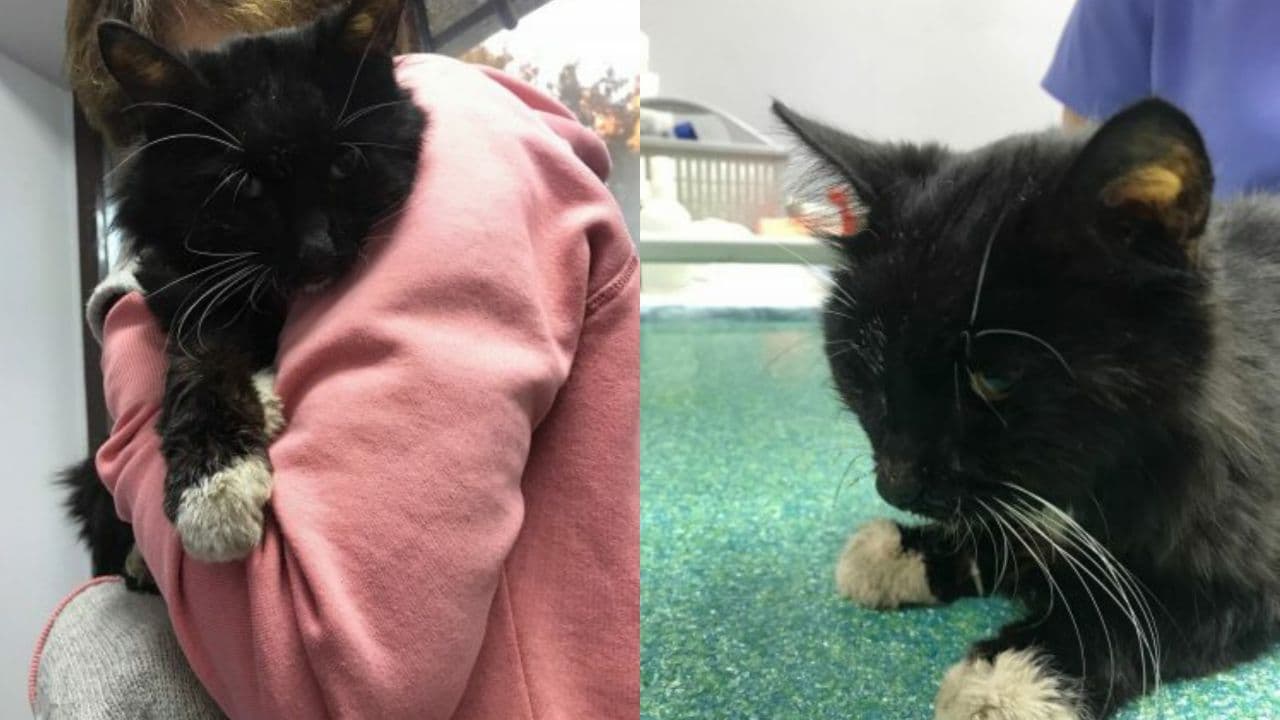 I want to write only about good and joyful moments, but unfortunately not only good things happen in life, but also bad things.

The story I’m going to tell you about took place in a period called « Indian summer ». The autumn long rains had not yet begun, the sun was shining, and the weather was warm and nice. It’s been a long time since this story happened, and we haven’t been able to tell it all at once. Because we are human beings, we have emotions, and after this situation, we could not recover for a long time.

It was Saturday or Sunday morning. It was great sunny weather outside. I walked my dog in the woods and I was going home. When we hadn’t even reached the entrance door yet, I noticed that my dog tensed up, as if it smelled something suspicious. I made the leash shorter and came closer to see what the animal reacted to. 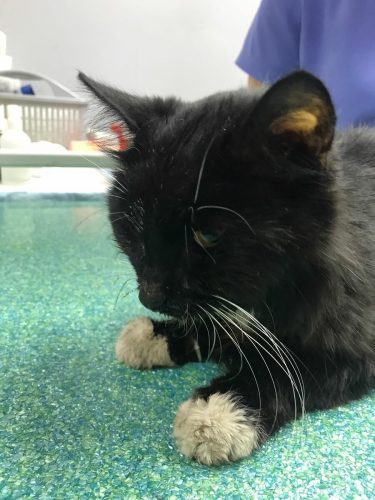 A black-colored cat was lying in a pile of leaves. This cat was definitely not one of ours, we know all the local animals by sight. The cat looked at us but did not even try to hide. Even if it is tame and is not afraid of people, in any case it had to hide from the dog. However, the cat lay and looked with such a look, as if life was coming out of it.

And suddenly we heard a voice from behind:

When she saw the look on my face, this lady hurried to leave. 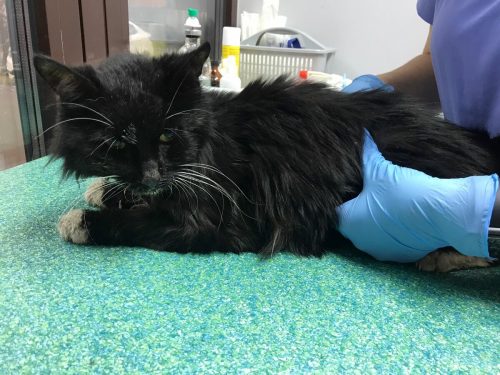 I took the dog home and returned for the cat, but it was not in the place where it was lying. Let’s go on a search. We found the cat at the basement in a box, lying on a sheet. A young girl bent over it and tried to give it water. Fortunately, not all people are indifferent to the troubles of animals. It turns out that in the short time I was away, the young couple managed to take the cat to the vet. There it was injected with an antibiotic. Since the couple had nowhere to take the cat, they brought a box for it and laid a sheet there.

I looked at the cat and realized that it was very ill. We took it to the zoo center. There the cat came out of the carrier and almost fell, it was so weakened. The cat had almost no teeth, the fur was falling in shreds, it looked sick. Suddenly, the cat suddenly put its paw around the woman who was holding it in her arms and purred. It looked with understanding eyes as if the cat was aware of what was happening to it. 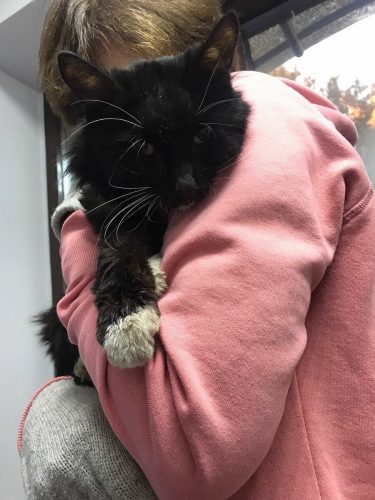 Unfortunately, this story ended sadly. The next morning the cat died. It’s sad that we have such people who may not even pay attention to an animal dying in front of our eyes.