At one of the city markets, he ate what someone threw to him, slept on a cold hatch in any weather, but more often he saw not treats from people, but only kicks. I found out about him a little later. A saleswoman working at the same market told me about the unfortunate fate of the poor dog.

I began to feed the dog, and we quickly became friends. He turned out to be one of those dogs that can charm at first sight: well-mannered, intelligent, noble. I would even call him an intellectual. He is constantly thinking about something and attentively catches every word said, he understands everything. 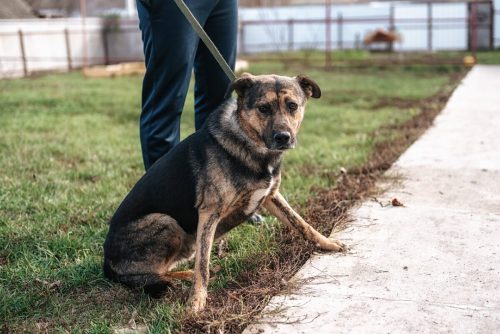 Every time I left him with a heavy heart because I was very afraid that tomorrow I might not see this intelligent dog, since no dog has lived in this market for more than a year.

At that time, I had not yet acquired a group in social networks, so I tried to attach an animal in my city by any means. However, no one wanted to take him. And I watched the dog’s hard life with pain in my heart. Every time I went home, I promised him that very soon he would have a house where no one would offend him anymore. He only sighed heavily in response, burying his nose in my hair, and then followed me with his sad gaze.

Later, thanks to the members of the group, we were able to pay for a hotel for animals, where I placed my beloved and very unhappy dog. I am very grateful to everyone for their help. However, at this stage, the grievances did not end. After all, the world is so cruel, especially towards the weaker and defenseless! 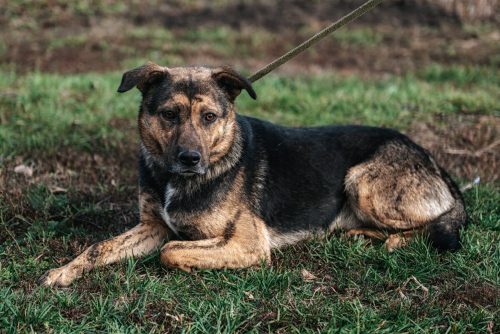 The dog has been on temporary care for months. In all that time, people have called only a couple of times, asking about him, which my mom and I were very excited about. When I brought the food to my ward’s hotel, I told him that his martyrdom had finally come to an end, that he would soon be living in Saint Petersburg, and that a woman had already prepared a personal armchair for him. We just have to be patient a little longer!

The day before, I received a call from a woman who wanted to take the dog to her, but I remember her one phrase: « Who needs him with such an asymmetrical color? ». So she didn’t take the dog. When the day of the doggie’s departure came, the woman’s phone was not answered. She did not respond to calls and messages where we asked her to at least explain what happened.