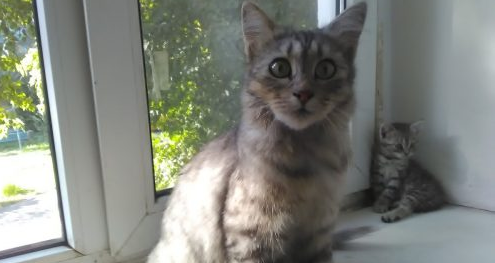 One summer I saw a cat in a flower garden near my house. This girl was a thoroughbred. It had beautiful amber eyes, a voluminous tail, and long fur. The kitty was very thin.

I thought that such a cat has owners, but I fed her anyway. However, the next day, this beauty kept watch again on the flower bed. I thought the owners didn’t feed it, so I took the food out again.

When I went home, the cat followed me. It walked behind and meowed plaintively. I decided to take it in and find good owners while the kitty will be in my temporary care. In the apartment, I saw that there was a large and open wound on the cat’s neck. I treated this place with antiseptic. Despite the delicious food and excellent conditions, Lisa still asked to go outside and loudly meowed near the door. 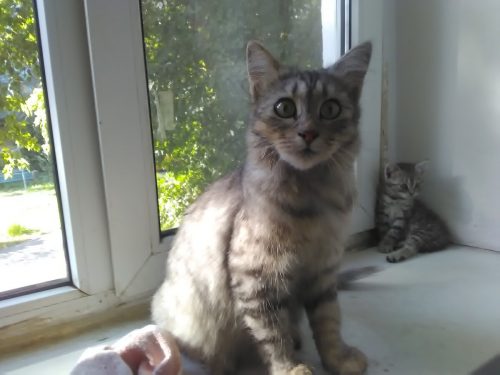 I didn’t torture the cat, I let it out. After a while, Lisa came back, sat under the windows, and started asking for an apartment. And so the story repeated itself several times. First, the cat asked to go to the apartment, and then meowed at the door, demanding to let it out. I was at a loss.

The cat always disappears after feeding. I worried and went looking for Lisa on the street. The cat was very affectionate. It always came up and asked me to pet it before it left. This time, the cat didn’t even come to me as usual.

I decided to follow the cat. When it started meowing at the door, I opened it, I let it out, and I followed it. Lisa was fine. On the contrary, it was as if the cat wanted to show me something. 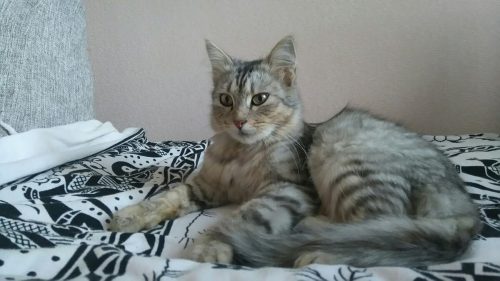 Lisa ran, and then stopped near a garage, not far from our house. There was a manhole under the garage. I looked and immediately understood everything. Little kittens appeared from the shelter. It turns out Lisa has babies and it ran to feed them.

The garage was located near the road. It was dangerous for the kittens to be there. I looked at the crumbs, they had painful eyes. I realized that if I left them in such conditions, the babies would not survive.

I took the kittens home with their mother. It’s worth noting that they acted as if they were trying to thank me for rescuing them. Kittens patiently endured all the procedures, did not scratch, behaved well. 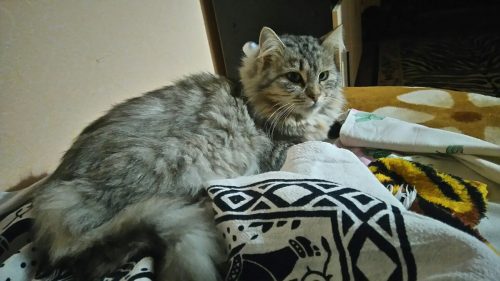 Soon the good people took the kids to their homes. Also, there was an owner for Lisa. This mother heroine got into a luxurious house where it lives in royal conditions.