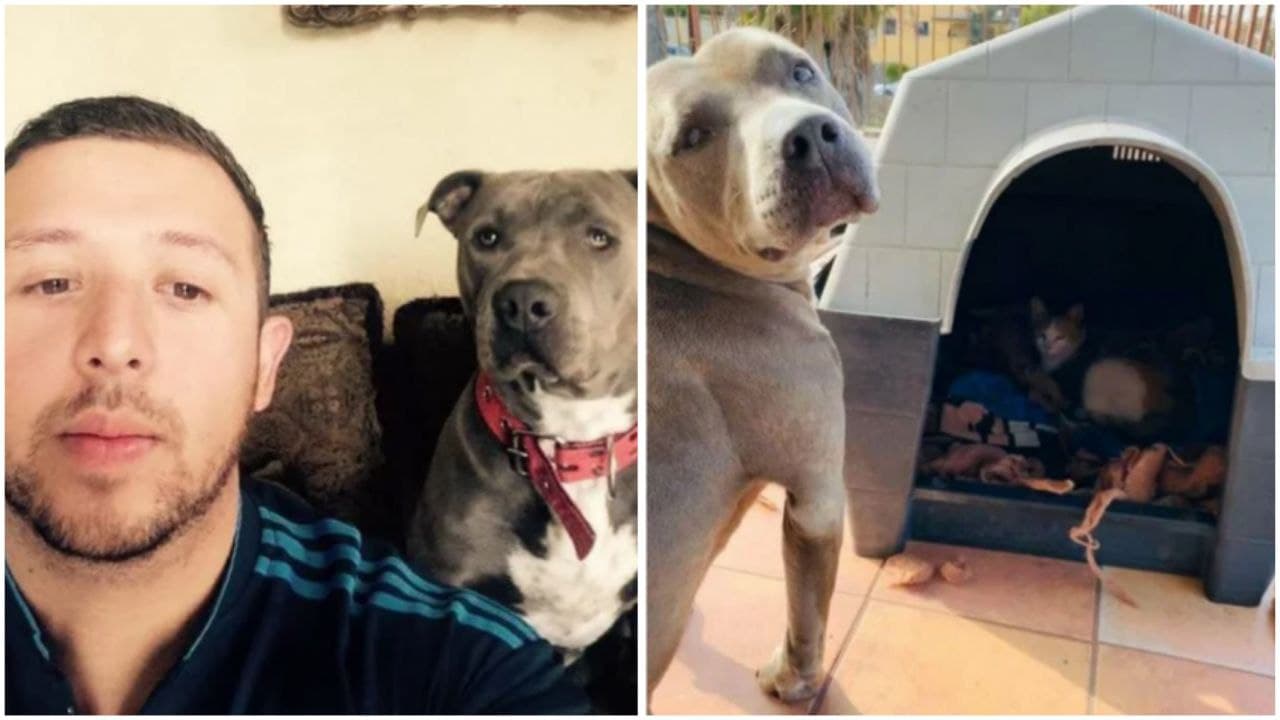 We want to tell you an amazing story that happened in the Mexican city of Tijuana. The guy had a pit bull dog, whose name was Hades. Despite the formidable appearance and the nickname, which was given in honor of the mythical Greek god of the kingdom of the dead, the dog was kind, playful, and friendly. 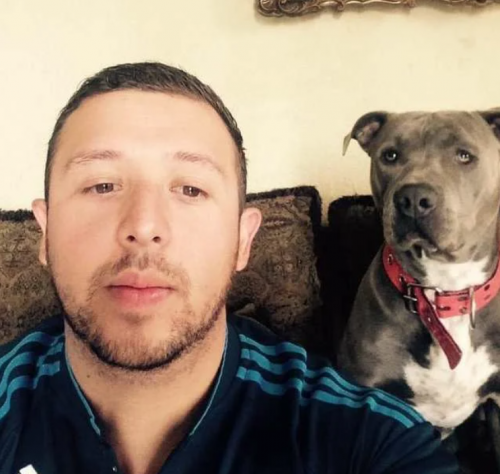 The guy began to notice that a cat began to appear in his yard. He still couldn’t get close to it, as it immediately ran away. Therefore, the young man simply began to leave the food for it. The pit bull saw how its owner took care of the cat and therefore also felt sympathy for the tailed one.

One day the guy heard Hades scratching at the door. He opened it and realized that the dog wanted to show him something because it was barking and started walking somewhere. The pit bull brought the owner to its booth. The young man looked into it and saw a cat lying there, which he was feeding. He immediately realized that it was about to give birth. The most interesting thing is that the cat was lying on a blanket, which only Hades could bring, because the guy didn’t leave it there. Probably, the cat felt that it was going to give birth soon and came to the only person it somehow trusted. 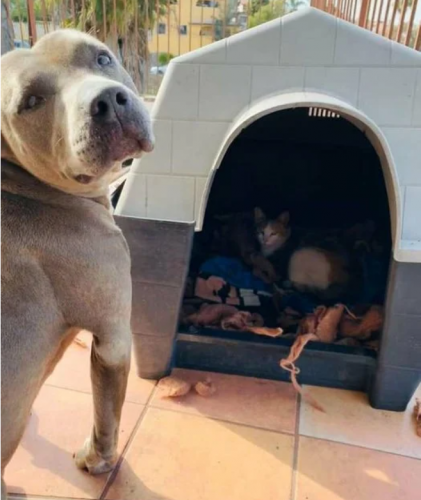 Soon two babies were born. The young man took the cat family into the house. He gave the cat the nickname Nicka. Pit Bull made friends with a tailed mom and now they spend a lot of time together. Looking at this amazing friendship, the guy decided that he would not be able to separate this couple, so he decided to keep the cat for himself. And for kittens, when they can eat on their own, he will find homes with good owners.