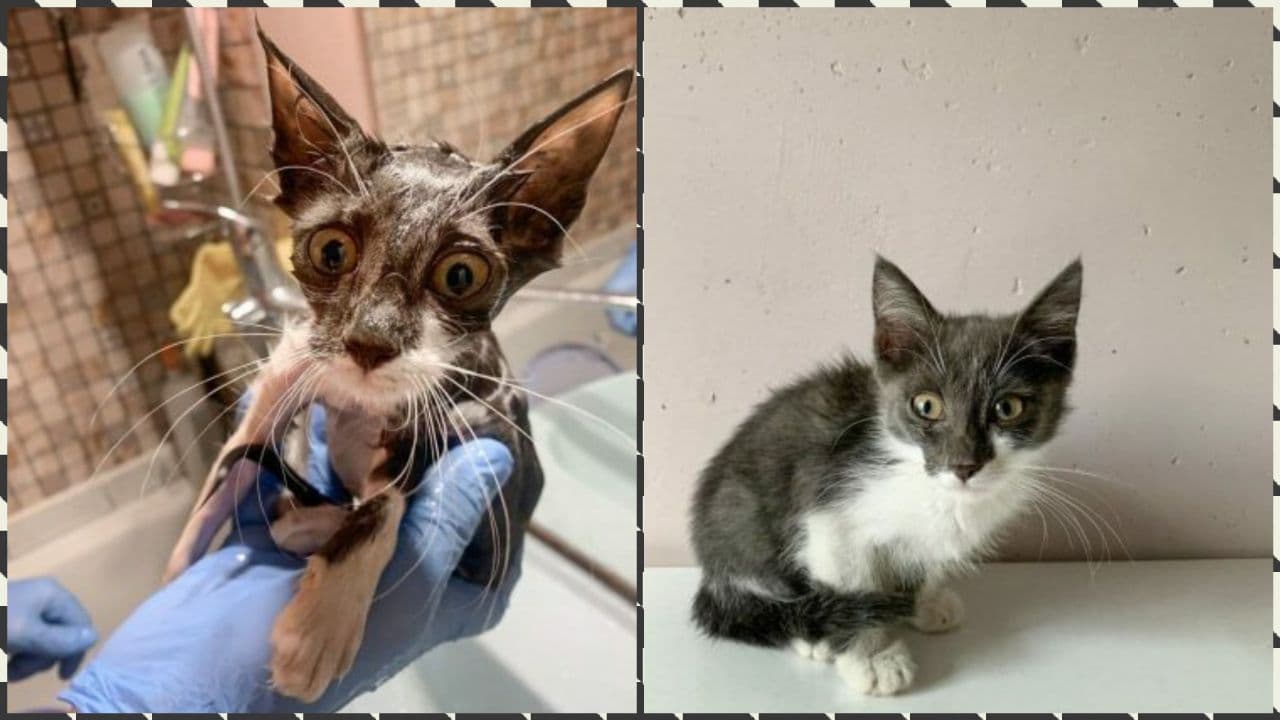 The guy turned to the volunteers with a request to find a family for the kitten.

It turned out that a kitten appeared in their country house. How the animal got there is unclear, so the guy decided to ask around from the neighbors. And as a result, some of the summer residents said that their kitten, or rather was, and then they just took it to the trash. How the animal turned out to be near another country house is unclear, because there is a decent distance to the trash from the house.

The kitten turned out to be affectionate, easily went into the hands. Outwardly, the animal is very funny – it is small, and the mustache and eyes are huge, the nose also seems longer because of the spot on the muzzle. 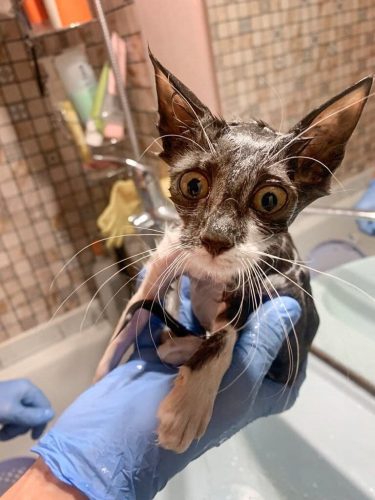 It got colder outside, the summer residents began to leave. Realizing that the animal itself would not survive, the guy took it with him to the city. He lives in a rented apartment, in addition, there is already an adult cat in the house, who flatly refused to accept the baby. The homeowner is also against new animals. 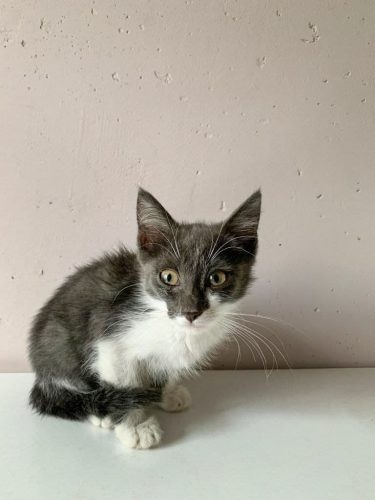 The temporary owner took the baby to the doctor, did all the vaccinations according to age. The veterinarian said that the kitten is a boy about two months old. 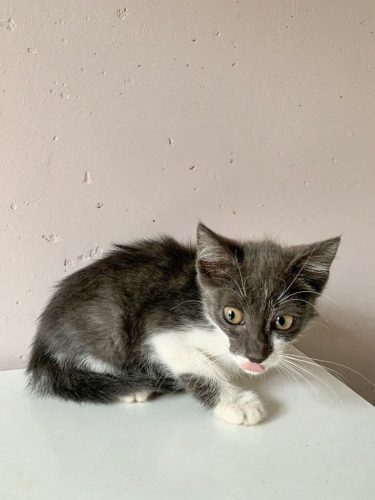 So far, the kitten has remained with the guy who found it, but the owner of the apartment urgently demands to remove it from the apartment. The cat never got a name, it will soon be given by a new family.