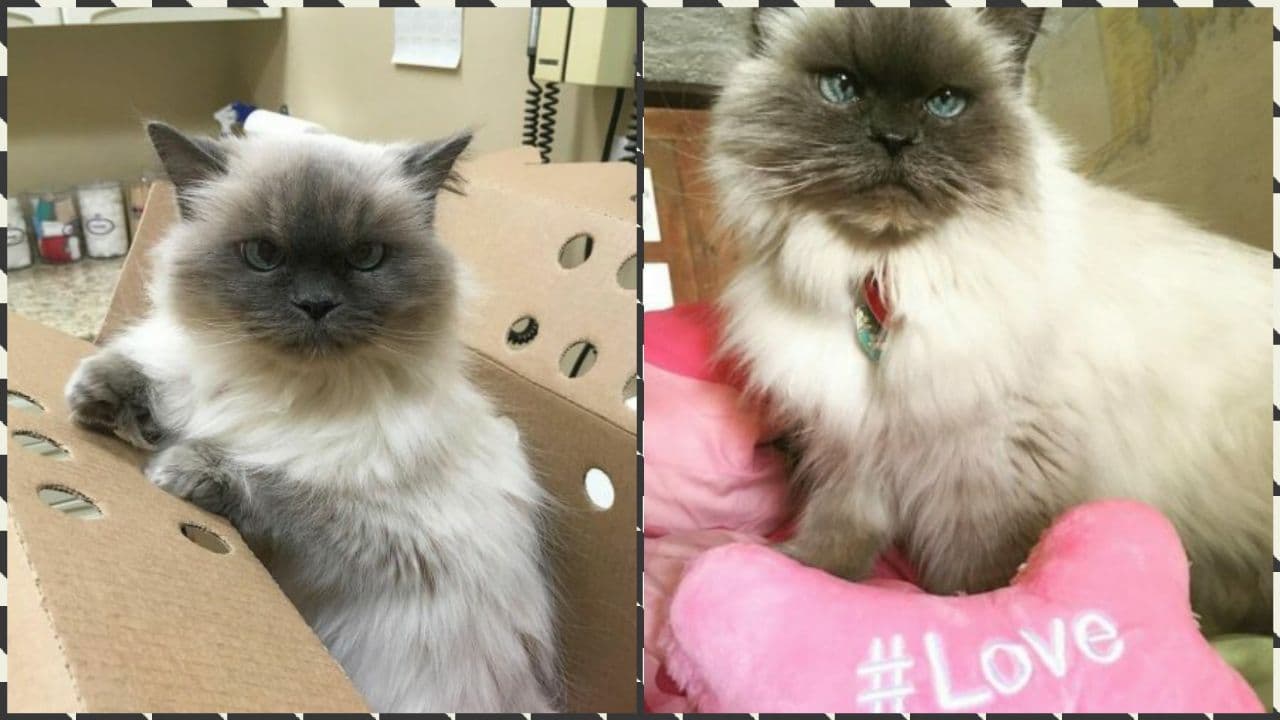 The name of the one who will be discussed in this story is Miss Molly. The breed of the cat is Himalayan, the age is fifteen years. For fifteen years, the kitty lived in a cozy house with a loving owner. One day the owner had difficulties, she became very ill, and she had to give the cat to an animal shelter. Of course, such changes have become an unpleasant shock for the domestic kitty, because she is used to a cozy home atmosphere. 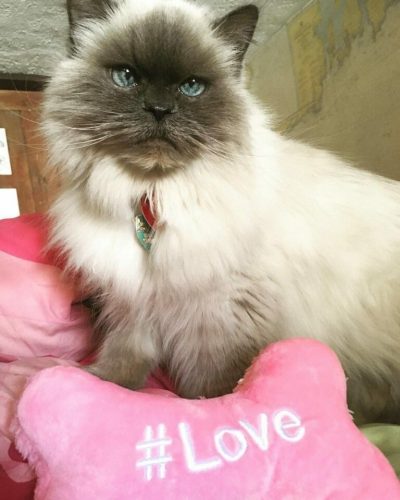 The staff of the shelter was sure that the cat would quickly find new owners because she was very beautiful. Of course, she had certain health problems, after all, her age is not young. She was 15 years old. Otherwise, everything was fine. Since the cat had a beautiful appearance, everyone was sure that she would be taken away soon. However, it happened earlier than everyone expected. The cat herself decided to leave this place, which she did not like.

One day a visitor came to the shelter, whose name was Olivia. The woman wanted to take a cat. She put the box in which she planned to put the pet and went in search of a furry friend. Our dear Molly was just walking around the orphanage. She saw the box and decided to climb into it to rest. When Olivia saw this beautiful cat in a box, she immediately decided that she would become her favorite. Of course, because no one can resist the look of Miss Molly’s blue eyes. 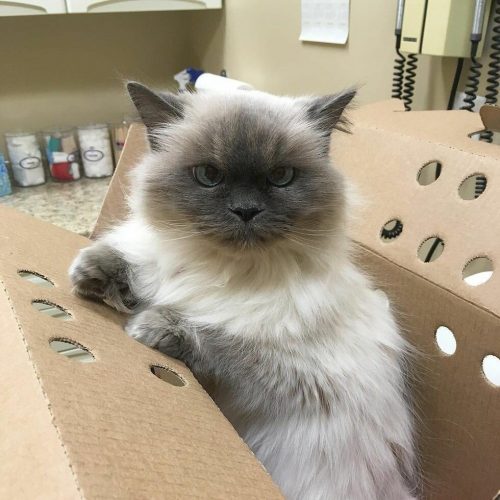 Kitty went to a cozy house with a new owner. Olivia says that the cat is very kind and loyal, but at the same time wayward and with a character. Miss Molly looks like a gorgeous capricious princess. 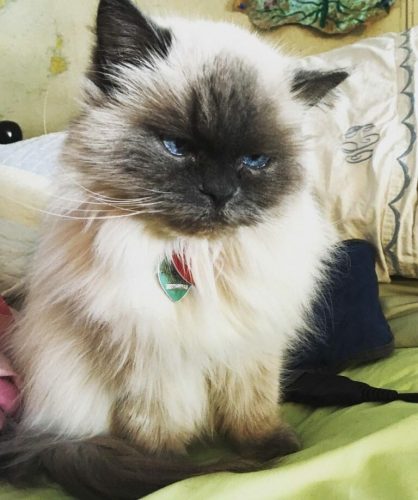 The weight of the animal is three kilograms. She has luxurious fur that Olivia carefully cares for. Despite her advanced age, Molly is a very playful cat. She insanely loves pranks with a laser pointer and other entertainment. We are very glad that our Himalayan kitty has found her home.