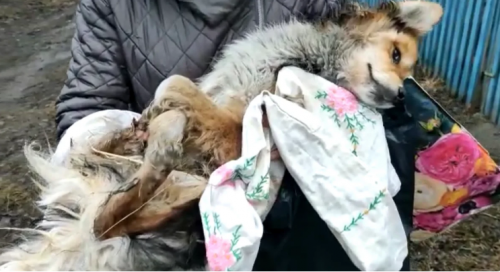 It has been raining heavily for the third day in Kursk. In one of the disadvantaged areas of the city, an exhausted dog has been lying in the rain all these days. Passers-by, hiding under umbrellas, go about their business, not paying any attention to the poor animal. Perhaps they think that the dog is lying down to rest, but most likely they don’t think about it at all. People only care that the rain does not wet them. Only one woman realized that something was wrong with the dog and approached it. But when she came up, she saw that it was unlikely that the poor thing could still be saved, because it almost did not react. 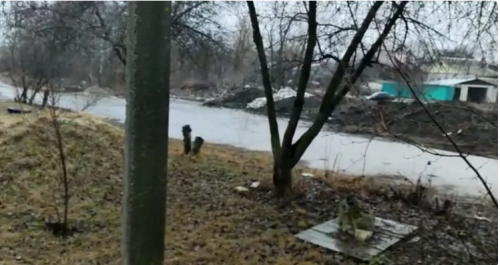 However, when the woman came home, she could not help but think about the poor dog that resembled a fox. This woman found my phone and called. At that time, I still had no idea how bad everything was because we talked somehow quickly and vaguely.

I needed to understand everything, so I asked a friend to go to that place and take Fox to the vet clinic. The poor thing looked like this. This is a screenshot from a video that was sent to me from the scene. The words « thin » and « weak » will not work here. An animal was looking at me, which was clearly already saying goodbye to life. Its eyes were wet with tears, and there was a strange smile on its muzzle.

Probably, if it could talk, it would say: « Thank you, people, for your kindness, that you paid attention to me, that you picked me up from the ground, that you wanted to help, but it’s too late. »

No, we won’t let you die! You have to fight! Let’s go to the vet clinic. The vet was shocked and said it had no more than one day left. The way Fox looked, you don’t need any doctors to understand that it hadn’t eaten for months, the dog was also ill with piroplasmosis and had problems with paws. Thanks to our wonderful veterinarian, who allowed us to leave Fox in the hospital and decided to deal with a difficult case personally. 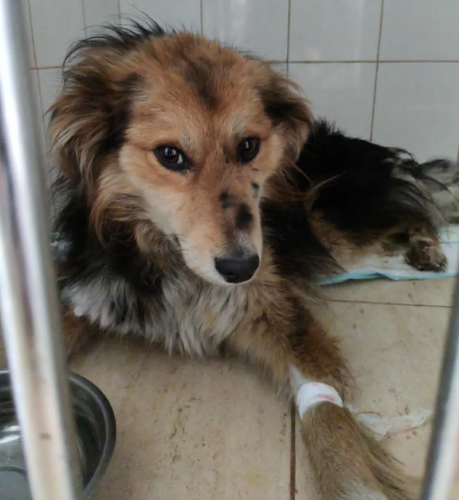 The next morning I was afraid to call the clinic because I understood that I could be told the very bad news. However, the worst did not happen, Fox was gradually returning to our world, only the veterinarian informed me that only donors would be able to save it for sure. 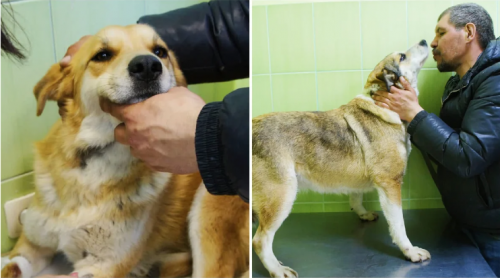 An hour later, a car with heroic dogs Wanda and Alya was driving to the veterinary clinic. These heroines have already saved one dog. And now they managed to save Fox! Two days later I couldn’t believe my eyes, but our ward began to eat, drink a little and enjoy the presence of people. Just look at what a beauty it turned into after we bathed it.

It turned out that Fox is the most affectionate and kind dog. Quiet, smart and loves to cuddle. Its behavior can be called modest and intelligent. All the doctors in the clinic adore it, Fox listens to all their commands and allows them to do everything they need for treatment. And it thanks everyone by licking their hands. 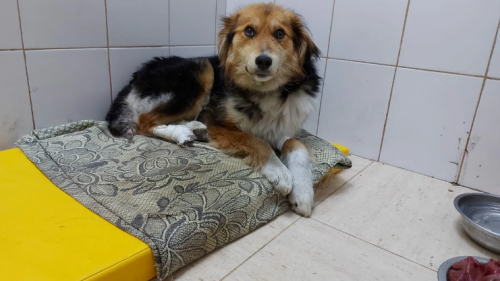 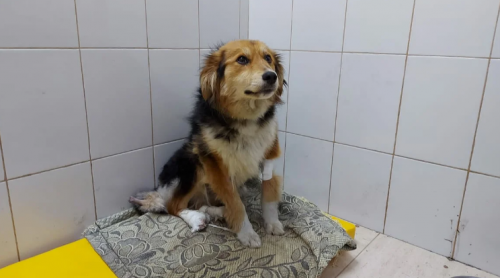 Now everything is fine with Fox, it will be discharged soon. It remains only to find it a new home with good people.