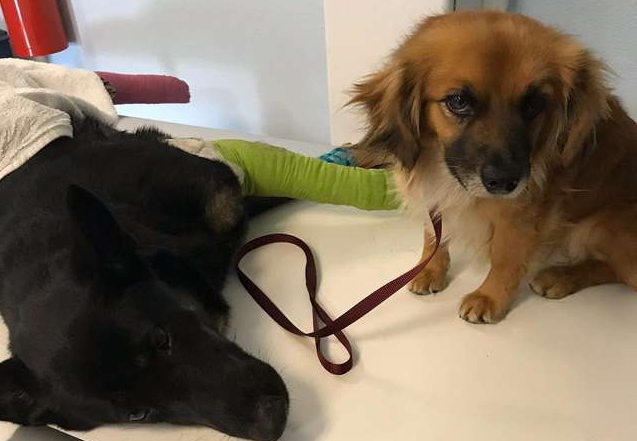 A red dog of a small breed guarded a pregnant shepherd dog, which was hit by a car. But the drivers ignored them, moving on, without reducing speed. 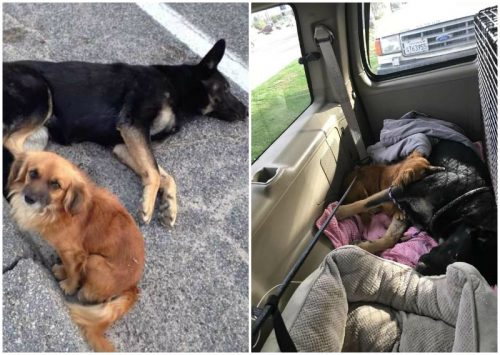 The track was heavily packed, cars swept by quickly and no one paid attention to this heartbreaking scene in which the injured pregnant animal could not get help. However, the second dog did not leave it alone.

But at some point on the road, there was a man who stopped and intervened – he called the rescuers. 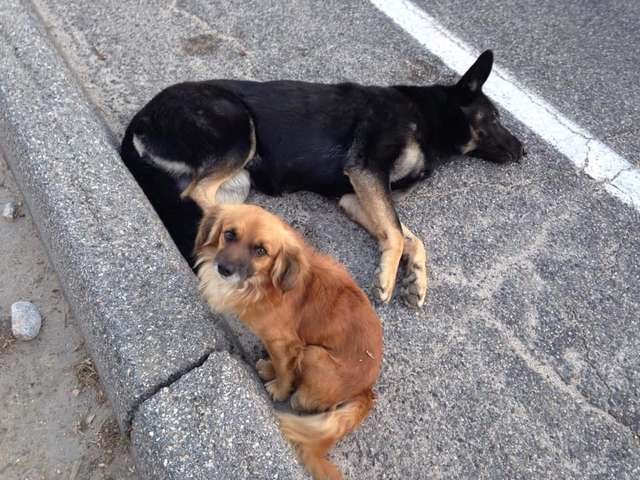 Upon arrival, experts assessed the severity of the injury to the pregnant shepherd. Unfortunately, they rated the odds as low – the dog had difficulty breathing, as it was badly damaged. 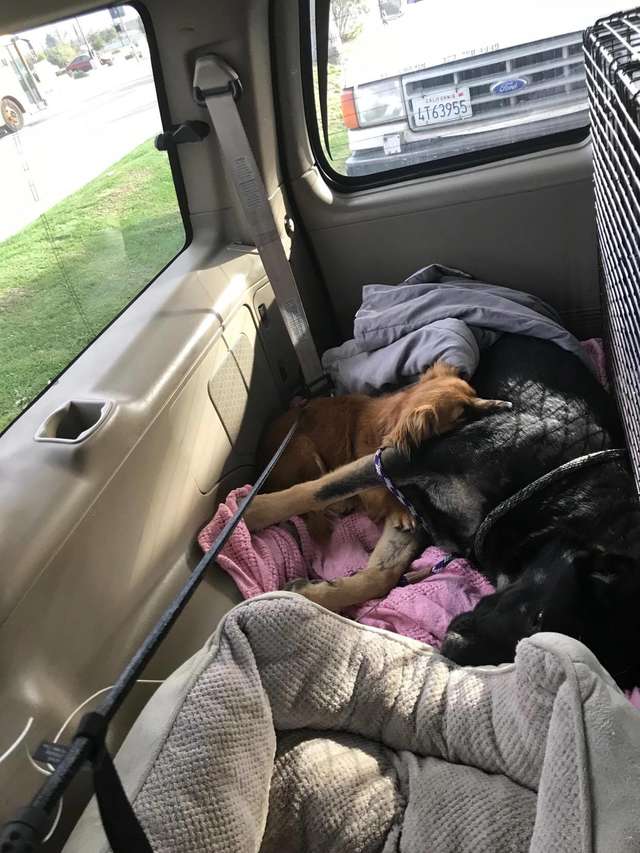 Nevertheless, the pregnant shepherd was of course taken to the veterinary clinic, where it went not alone, but accompanied by its red friend – it did not think to leave the shepherd. Even experienced veterinarians who are well acquainted with the behavioral characteristics of dogs, such devotion was a curiosity. 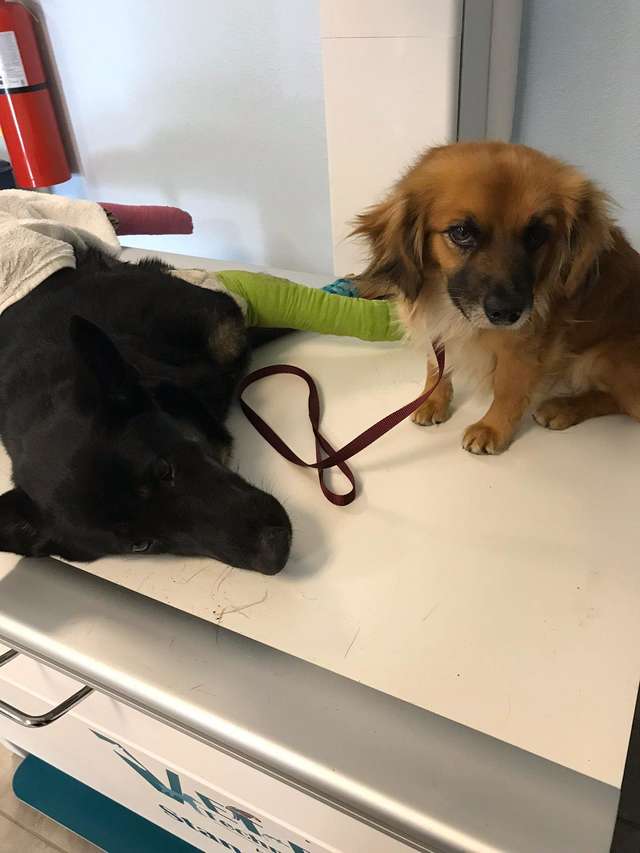 The expectant mother had to plaster the fractures found during the examination, which caused serious pain. Fortunately, the injuries did not affect its offspring preparing for birth. Just a few days later, a litter of eleven healthy babies was born. 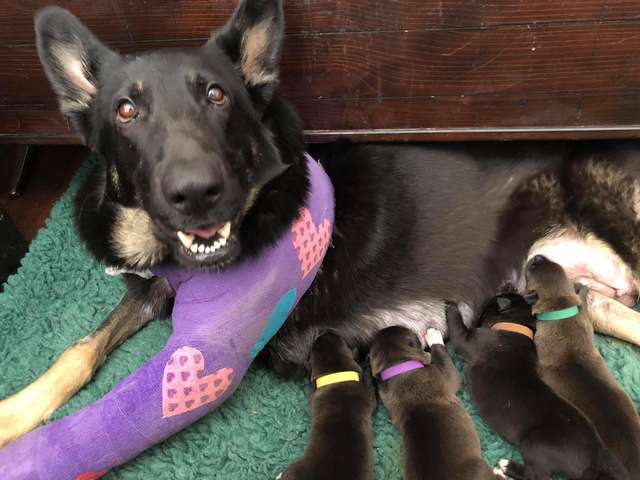 And even at this time, the red friend did not leave its girlfriend. It was constantly on guard, showing some suspicion to the people around it. The moment came when it seemed to relax and began to feel confident in the medical staff. And then they found hospitable owners for it, who took the ginger to themselves. 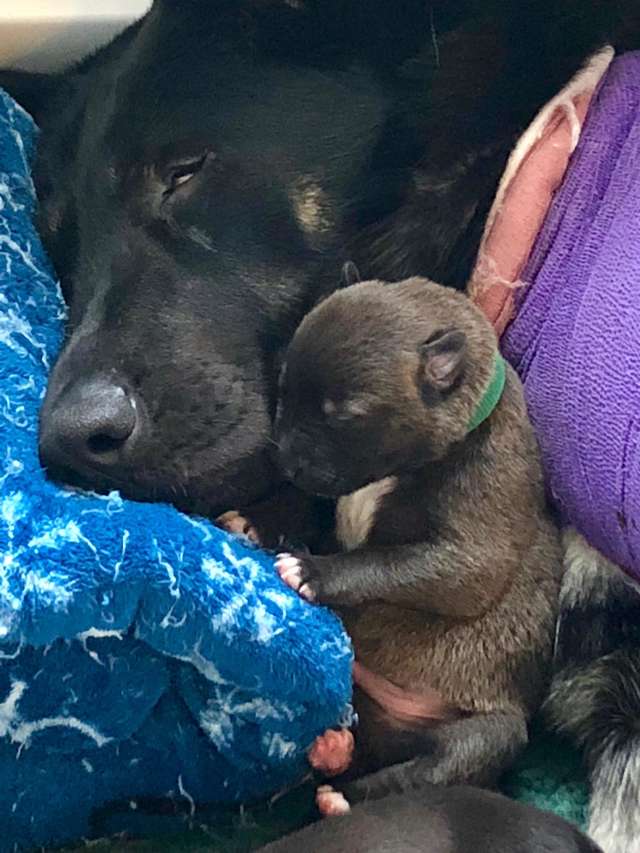 The young mother remained in the clinic, where it continued its difficult treatment. But the staff took excellent care of it, and the dog gradually returned to normal, restoring its health. The puppies, meanwhile, were attached to safe hands, and their mother later also found its home.