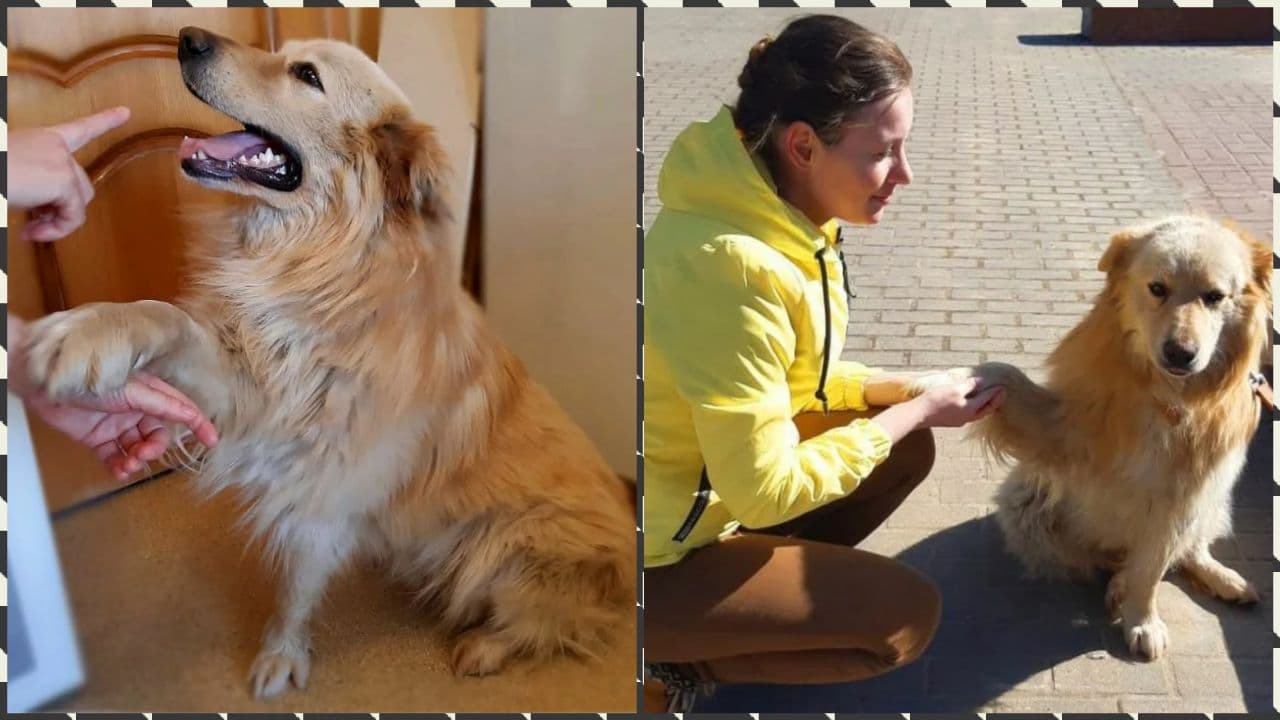 A fairly big dog of light red color was standing near the store at the station of one of the cities located near Moscow. The dog’s fur was dirty and stuck. It was immediately obvious that the dog was cold and hungry. Judging by its appearance, it can be said that the animal spent a lot of time on the street.

Some people who passed by, opened the door to the shop so that the dog could enter, but the dog was too shy and only carelessly poked passers-by with its black nose.

Some people patted the pet on the smart head, told it it was a good dog, and others just went about their business. And the dog kept coming to people, hoping they’d help. 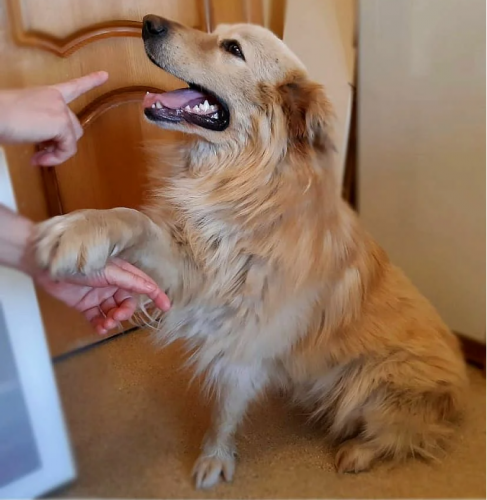 A girl was walking at that time. The dog came up to her, trustingly buried its nose in her legs and froze. It seems that it was waiting for her. And here she is at last. The dog really didn’t want her to pass by like other people. And the girl stood, patted the dog on the head, and thought what to do. There are already two dogs living in her small apartment, and this dog is quite big.

She couldn’t leave it there, so the dog rushed after her. And at home, the girl bathed it and combed it, the dog endured all the procedures very calmly, probably all this was familiar to it. The collar and muzzle turned out to be familiar things for it, too. In the vet clinic, it also behaved calmly, gave itself to be examined and felt. Everything was fine, except for a small formation on the back. 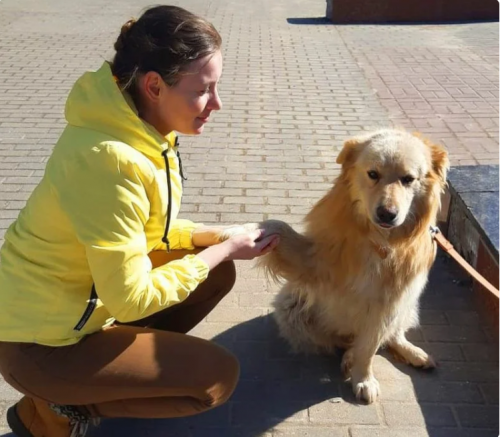 The dog was given the nickname Max. It is only three years old, weighs 30 kg, and is about knee-high. However, walking with a pet is a pleasure. Max calmly follows the owner and does not pull the leash. Treat other dogs well on a walk, does not conflict with anyone. It behaves quietly at home. It treats people with trust. Now it’s learning commands.