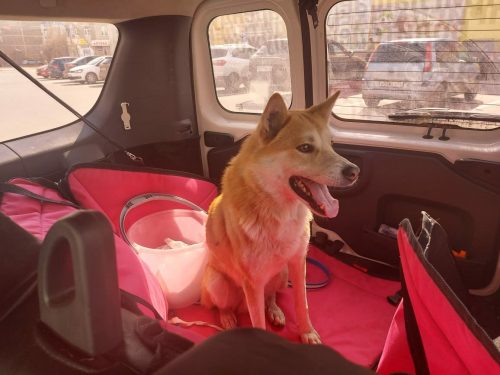 These events took place in Kursk. Two young girls left the store with bags after shopping. They opened the trunk of the car to put the goods there when suddenly a dog jumped into the trunk, which came from nowhere. The girls were in shock.

«Buddy, didn’t you mess up the car?», they asked the dog.

In response, the dog smiled with the widest smile in the style of Hollywood stars, exposing its gorgeous teeth. The dog looked at one girl, then at another with a brazen look, as if it wanted to say:

« What are you waiting for? Start the car and let’s get out of here».

Suddenly, the girls saw a man in camouflage uniform, who was engaged in catching dogs. Stray animals at the speed of a « cheetah » ran away from him on the street. The girls immediately realized that it was from this man that their four-legged passenger was hiding. Catherine abruptly closed the trunk, got into the car and drove. 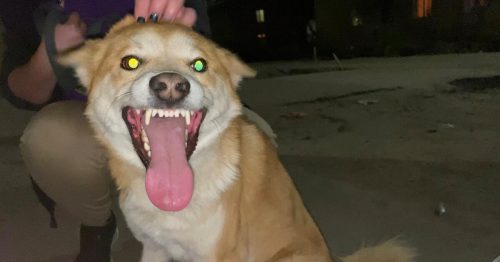 And the red dog decided to finally tease its detractor. It looked out of the trunk and looked with a brazen look. While the man was moving away from the shock after the act of this cunning dog, the rest of the animals managed to escape from him.

Jean was really lucky. It jumped not into an ordinary car, but into the transport of my volunteer girls. They immediately called me and asked what to do with this cunning dog, which looked like a dog of the Laika breed.

We decided that since Jean jumped into the car to our girls, it was fate. We can’t leave it to its fate.