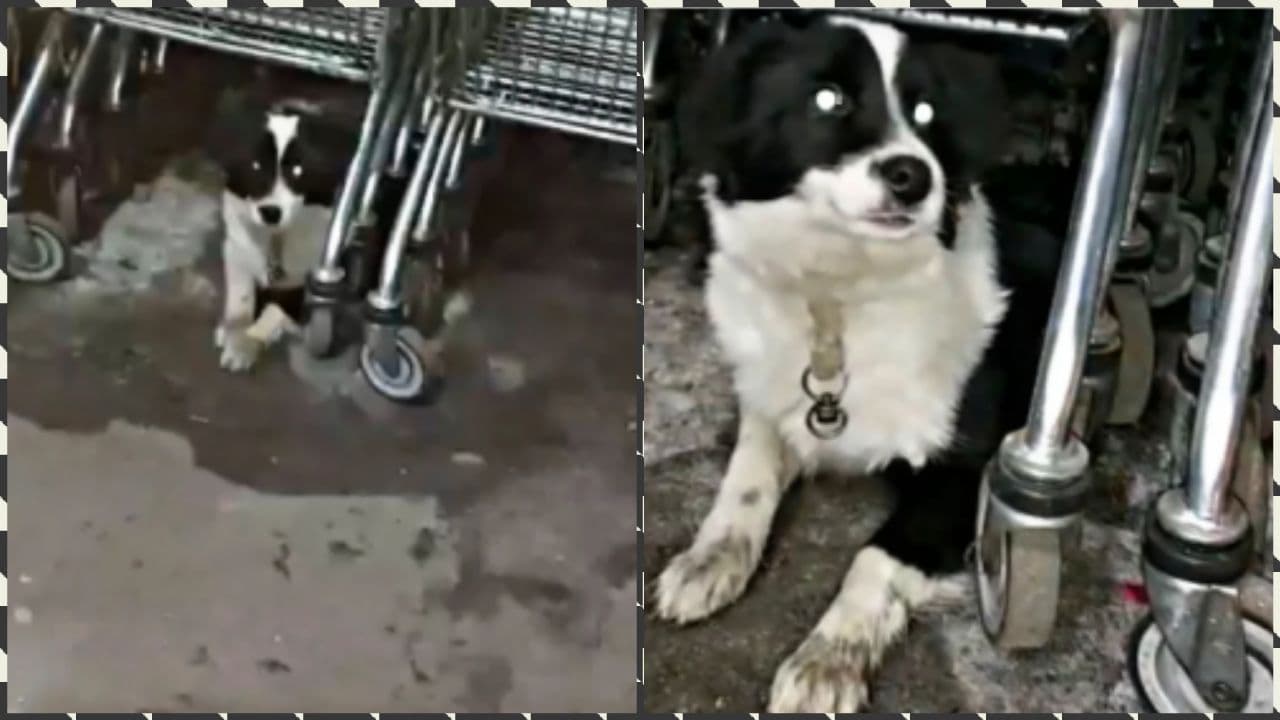 The supermarket employees have finished their working day. They began to collect the carts and prepared to go home. Suddenly, a plaintive squeak was heard. It was a little puppy whining. One of the women looked down and saw the baby. The baby hid in one of the carts. The puppy was dirty, shaggy, and unkempt. 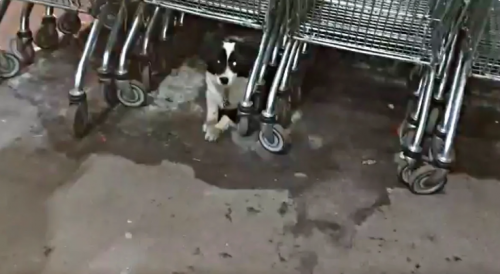 The first meeting with Bimka

« Don’t sleep baby, or you’ll freeze, » the woman said and scratched it behind the ear. The puppy tried to get up, but the attempt was unsuccessful. It managed to raise its front paws, but with the hind paws, the situation was more problematic. The woman bent down and realized that the baby was just stuck to the ice. 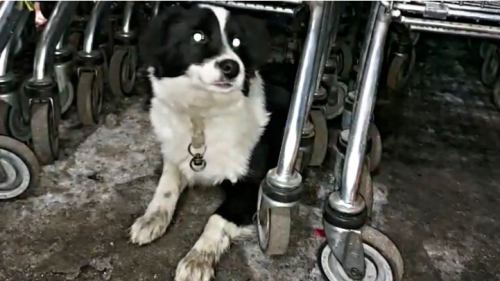 It was wearing a battered collar, on which the carbine was torn off. This suggested that the puppy had escaped. With an effort, the woman was able to « tear » the poor dog off the ice, but it still could not get up. The good woman was at a loss. She didn’t know what to do or how to help the dog. Fortunately, she had my phone number. After hearing this story, we rushed to help. 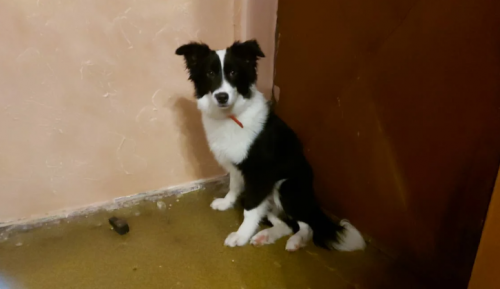 Our employees immediately took the Bimka for examination to the veterinarian. It turned out it couldn’t get up completely because one of its paws had failed. Three limbs were « working », but the fourth apparently froze. The approximate age of the dog is eight months.

Now we just hope that this cute little dog will be fine.