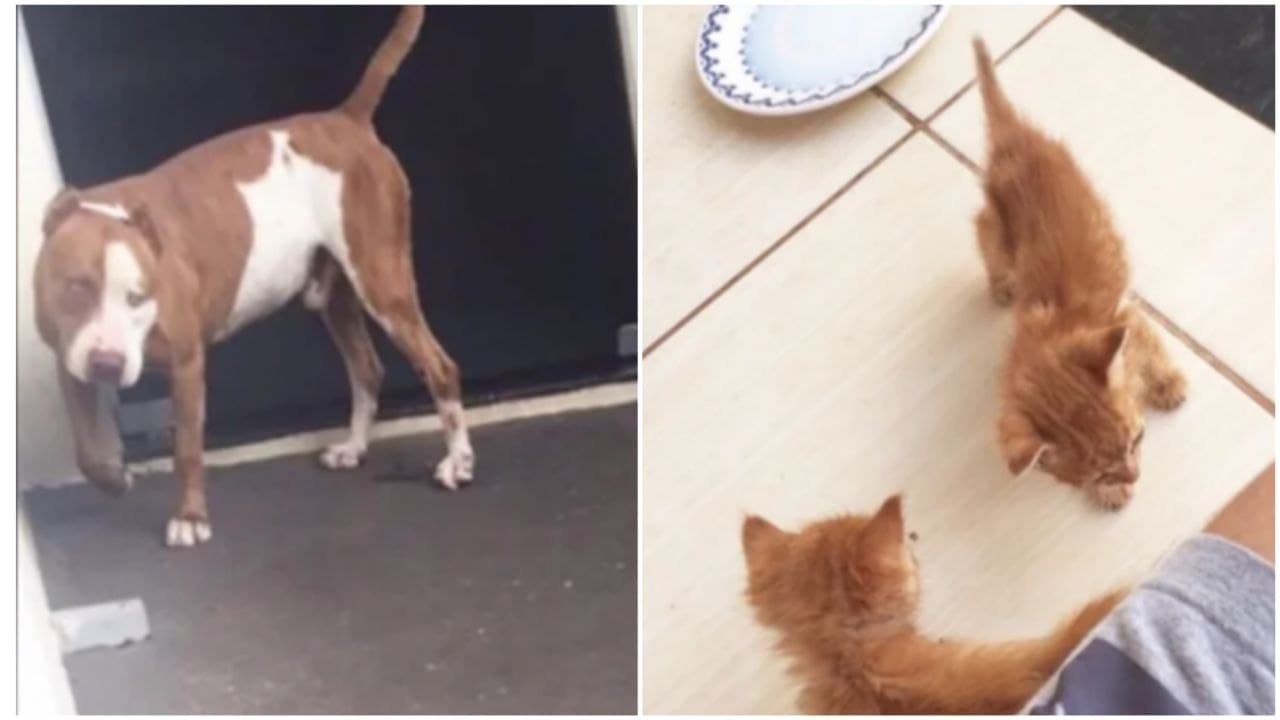 The man kept a pit bull dog in a private house. Many are afraid of these dogs because they look formidable and it’s not for nothing that they are considered fighting dogs. It seems that once you get in the way of a pit bull, you immediately become a hot water bottle for an Ace. 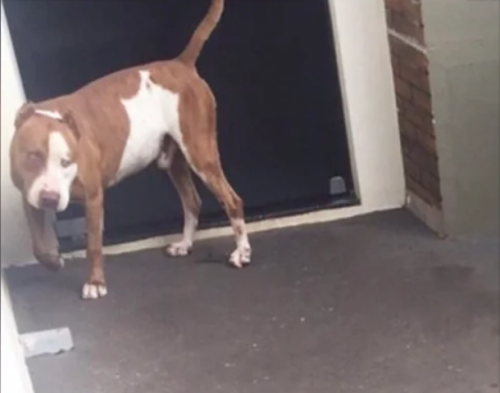 What kind of person could do this, I don’t know: someone threw two small kittens into the yard of a man who lived with a pit bull. It was clear what this stranger was hoping for. But he miscalculated a little.

It turned out that either the upbringing of the dog, or its character, but it was afraid of kittens that appeared out of nowhere. It starts to get hysterical at the sight of one tiny fluffy and does not know where to put itself, and two red kittens almost brought it to a heart attack. 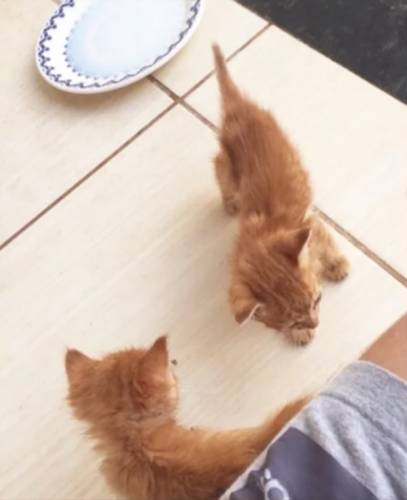 Just imagine the picture: a stranger throws small defenseless kittens to the mercy of a dangerous pit bull, and instead the dog runs away from them, tucking its tail between its legs and making plaintive sounds. Only there was not enough cheerful music in the background. 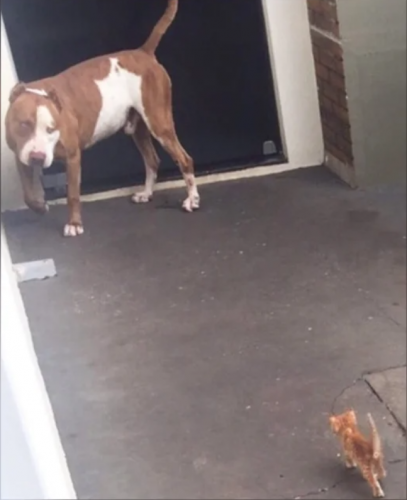 Despite the fact that the intentions of this subhuman were terrible, we are very glad that it happened exactly as it happened. And what are your pets afraid of?