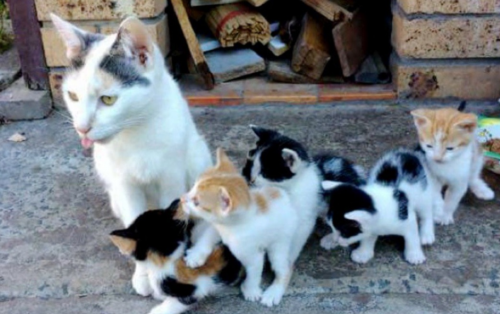 One cat settled near one of the local hospitals, in the yard. She was pregnant then. The staff and patients immediately fell in love with this cute animal. Everyone stroked her and fed her.

The cat behaved very friendly, allowed herself to be stroked, treated all people with warmth. At some point, she disappeared but later returned. But now she was no longer alone! She had little kittens with her. The cat took them to the office where the optometrist worked. 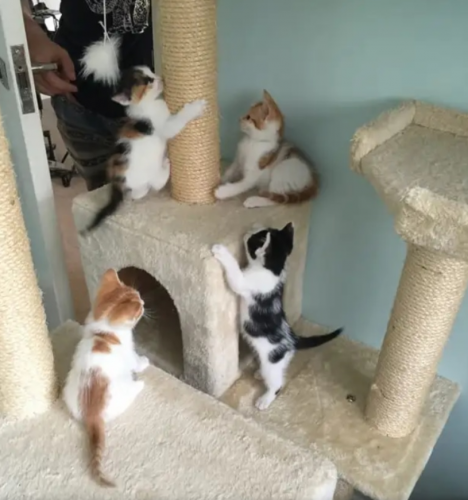 People let the cat pass when it passed by them so that it could reach its goal without obstacles. It turned out that the kitty wanted to ask the doctors for help. 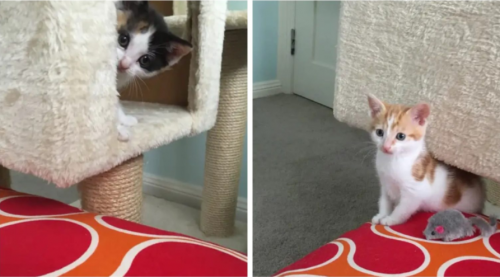 Experts were shocked by how smart this animal turned out to be. The kids really had problems with their eyes: they could not open them due to infection.

A veterinarian was immediately called, who provided the kids with all the necessary help.

After a short treatment, the kittens’ eyes opened. The babies were cured and became healthy. As a result, they were taken by the hospital staff. The cat remained to live in the same place. The health workers love her very much.