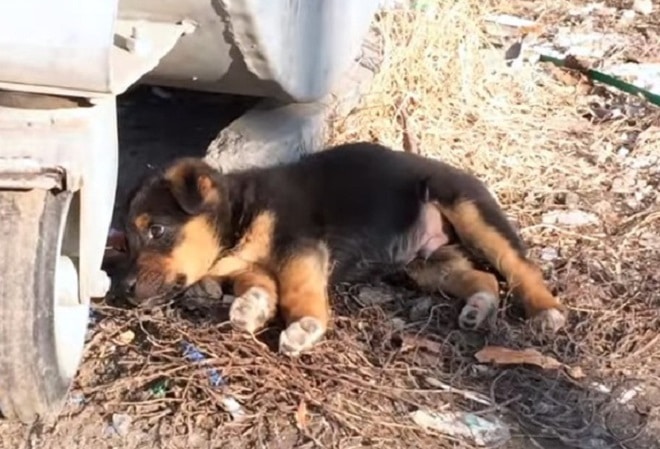 It was sunny and windless that day. Cozy little houses stood next to each other, and nothing disturbed the created idyll, except for a few metal containers standing nearby, under which lay a small puppy, black and red color, which no one cared about. 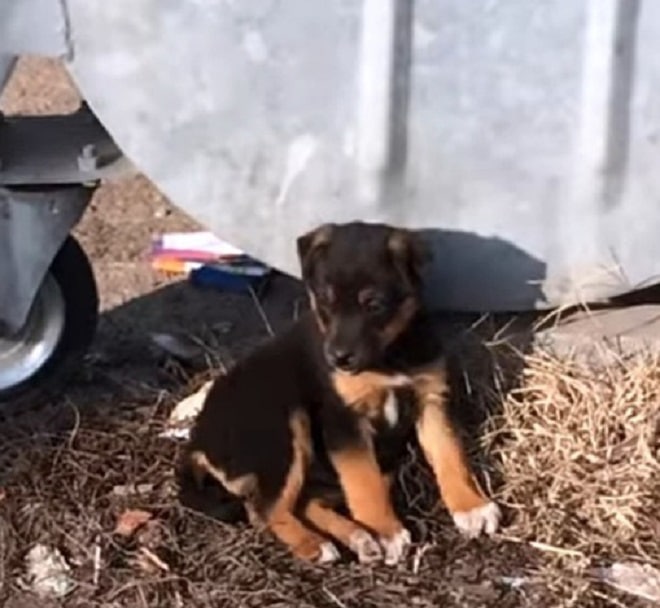 No one could say how long the animal had been there, but it was clear that it needed to be rescued. One of the local concerned residents called the animal shelter, told about the foundling, and asked them to come. The man felt sorry for the puppy, who was lying alone among the garbage. 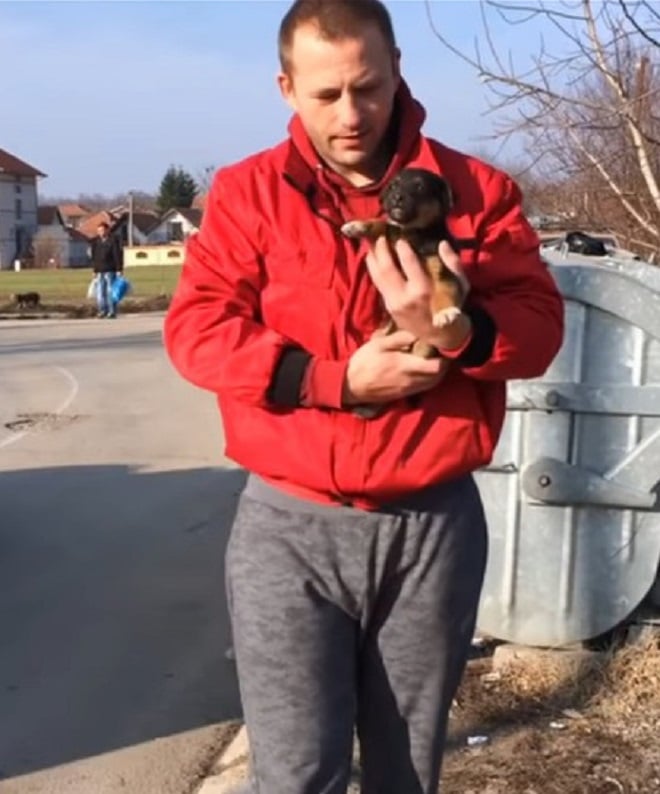 When the puppy saw people approaching, the volunteers felt disbelief in its gaze. The puppy didn’t show aggression, it just didn’t know what to expect from these people. Did they come with good intentions?

The volunteers first decided to look around, perhaps the puppy was not alone here. But they did not find an adult dog or other puppies. It is not known how the baby ended up near the dumpsters, so the volunteers decided to take it with them. 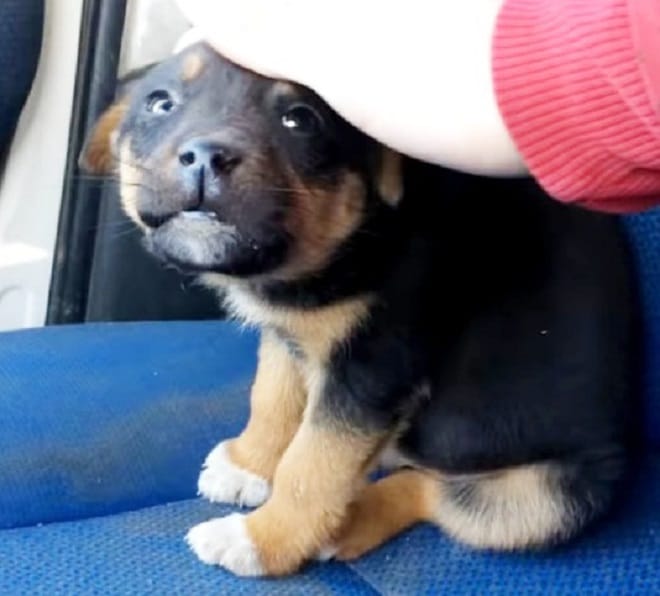 When the volunteer tried to take the puppy in his arms, it unexpectedly trusted him, wagging its tail. The man carried the puppy to the car in his arms. It was immediately clear from its appearance that it was confused, but the man’s affectionate palm gently touched its little body, and it realized that these people could be trusted. 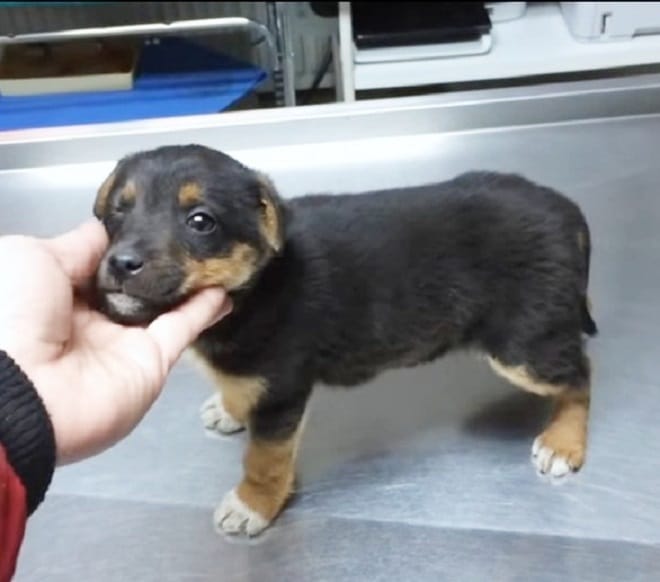 First, the puppy was taken to a veterinary clinic to check its condition. The clinic staff listened to its heart, measured its body temperature, gave it the necessary dose of a parasite drug, which it swallowed with difficulty, and fed it. They decided not to give it to the orphanage. Oscar, as the puppy was called, was given to temporary owners. That night, for the first time in its life, it slept in a cozy and warm crib. 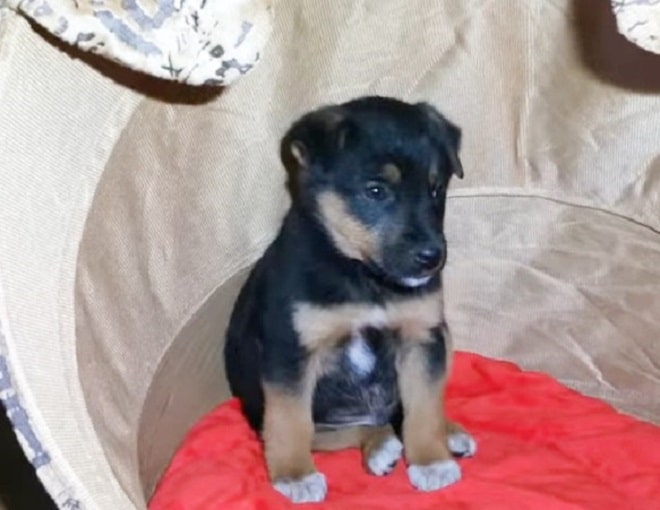 After a while, they will give it all the necessary vaccinations and find a permanent family for it. The volunteers really want to give their beloved puppy to loving and caring owners.