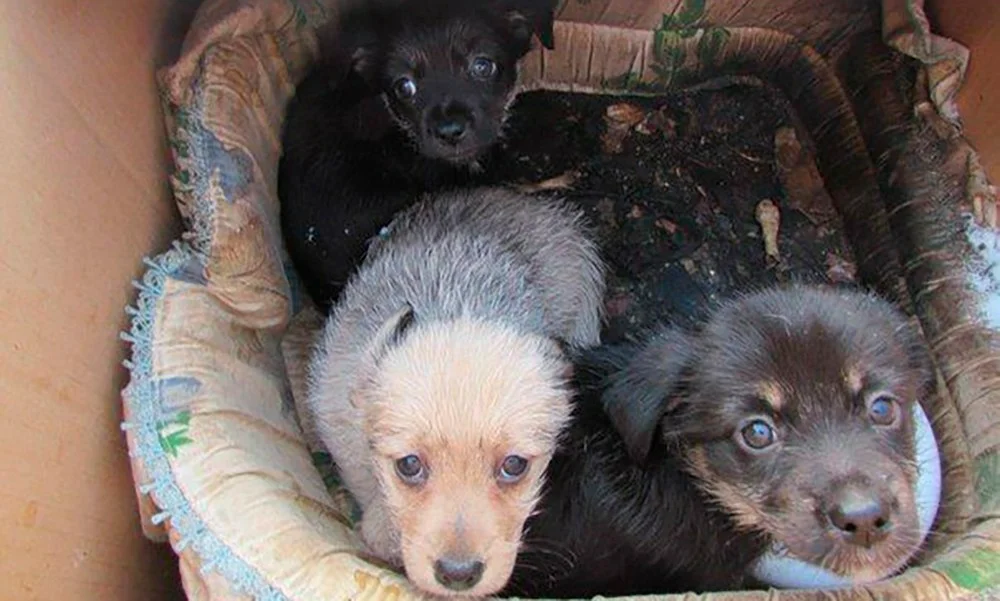 The shortest way home from a friend was through the forest, and Ruslan constantly used a winding path between the trees. This time, a squeak coming from the grass caught his attention. Very close to the path, he found a box wet from the rain, in which 5 puppies huddled together and squeaked sadly. At the sight of the man, their crying became a little stronger, as if they were trying with their last strength to ask for help. 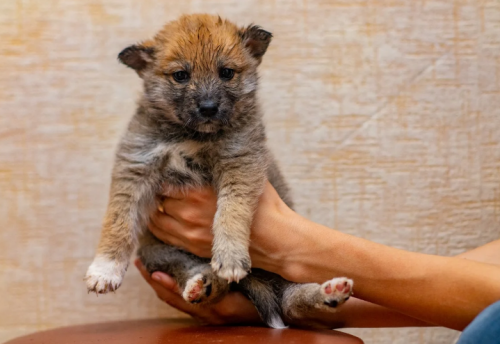 Ruslan tried to calm the crumbs by talking to them and hearing a kind voice, the puppies immediately came closer to him and tried to climb on his leg, fearing that he would leave, leaving them in the middle of the forest. 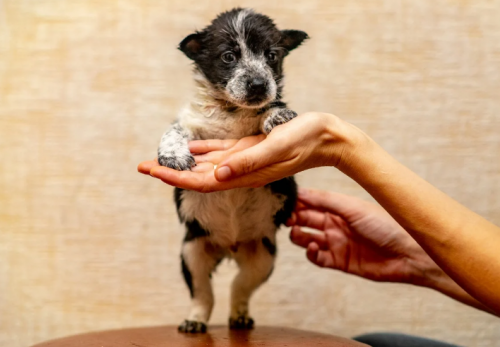 The man realized that no one else would help the crumbs, and they themselves would not be able to survive the cold rain, so he wrapped the puppies in his clothes and carried them home. Ruslan has a real shelter at home – ten cats and four dogs picked up on the street have already found shelter here. 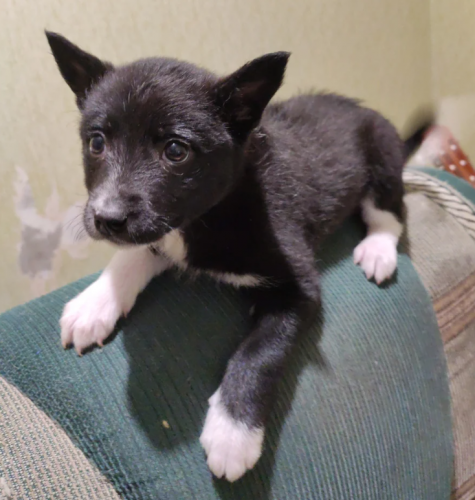 After drying and examining the puppies, which turned out to be extremely cute, Ruslan realized that they were very tiny, even he had to feed the babies with a mixture from a bottle. 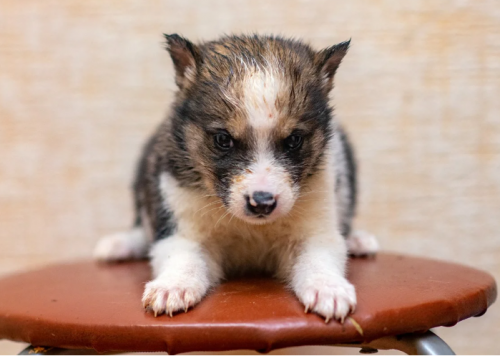 The dogs grew up and got stronger, however, they took many of their habits from kittens living in the apartment, close to their age. 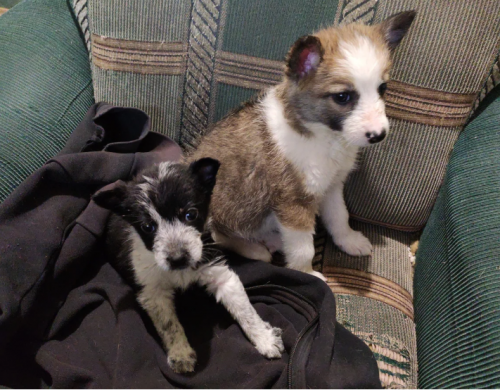 The famous animosity of animals did not touch these kids – Ruslan shared a touching video of how chubby puppies lick a tiny kitten, and the cat instead of fright gets undisguised pleasure from the process.

Despite the fact that puppies are growing fast and becoming more and more like bear cubs, they are very affectionate and kind.