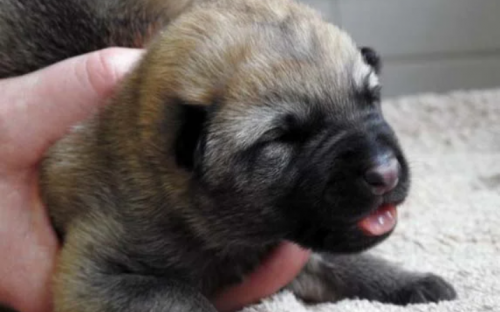 The situation in question occurred in Canada. An employee of the post office, whose name was Richard, was delivering letters and parcels around the area. Near the courtyard of one of the houses, a man noticed a tiny creature. Looking closer, he saw that it was a newborn puppy.

The postman realized that the owners of this house could not throw the dog away. He knew them personally, the residents of that house were good and kind people. Moreover, who will throw out a puppy near their own house? If it had been them, they would have taken him away from the house.

Richard asked the owners of the house if they noticed any suspicious things? They replied that they had no idea how the puppy ended up near their house.

The man left all his business, took time off from work, and went to a friend who worked as a veterinarian. The girl determined that the baby’s age is 4 days. Richard couldn’t understand how it was possible to do such a cruel thing to this baby. After all, it was just left for certain death. If it wasn’t for Richard, the puppy definitely wouldn’t have survived. 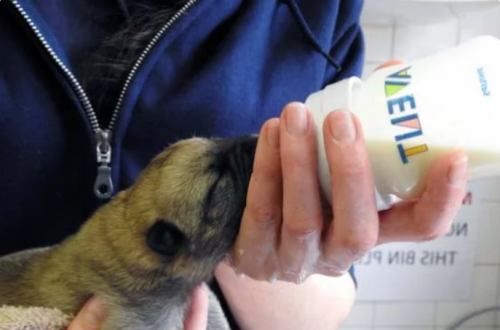 The man took care of the baby, treated it, and fed it on his own. Here is one of the touching photos of Richard feeding a puppy.

The man definitely decided that he would keep the baby. Moreover, he had long dreamed of a dog. The veterinarian gave recommendations for the care of the baby. He even took a few days off from work to pay attention to the pet. 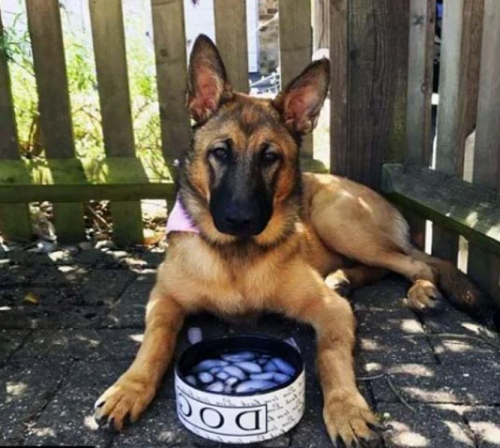 Also, he bought everything he needed to care for the puppy: a feeding bottle, milk, toys, and medicines.

The man had never had a dog before, so at first, he had some difficulties. 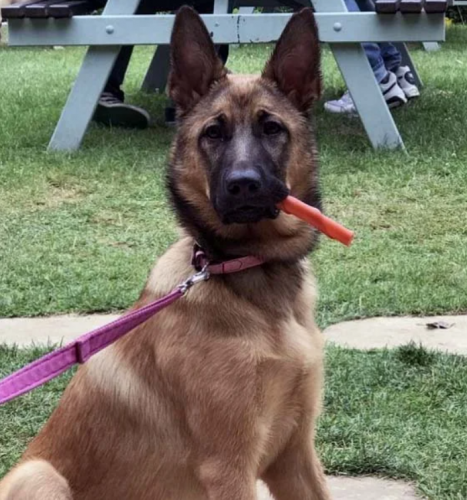 This photo shows an adult dog. Richard gave it the name Kani. A man and his dog have become real celebrities. Their photos have spread all over the Internet. Also, caring people send money for Kani, because Richard has a small salary. He refuses the money, but kind people still help.