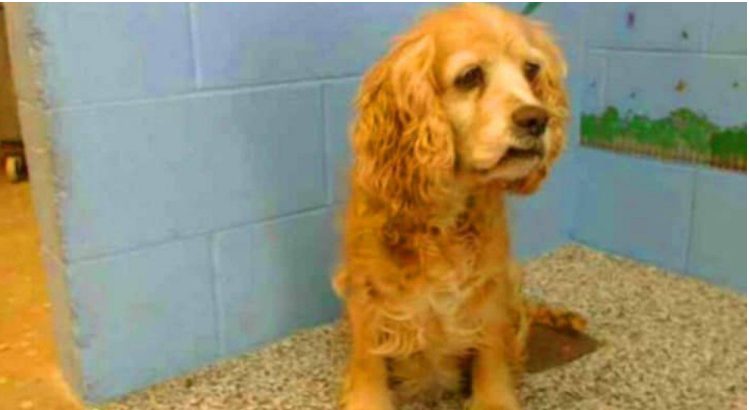 Our pets tend, like us, to grow old. But many owners, instead of taking care of their elderly animals, throw them out on the street.

This is exactly what happened to an old spaniel dog named Cookie. It and its friend Labrador began to live on the streets of California. There was so much sadness in their eyes that no words were needed to understand that they had been betrayed by people, despite all the devotion all these years.

Employees of the shelter saw the animals and took them from the street. They managed to find the owners of the spaniel, but they said they had already taken a small puppy and they did not need the old dog. Cookie had tears in its eyes when it realized that its family didn’t need it. 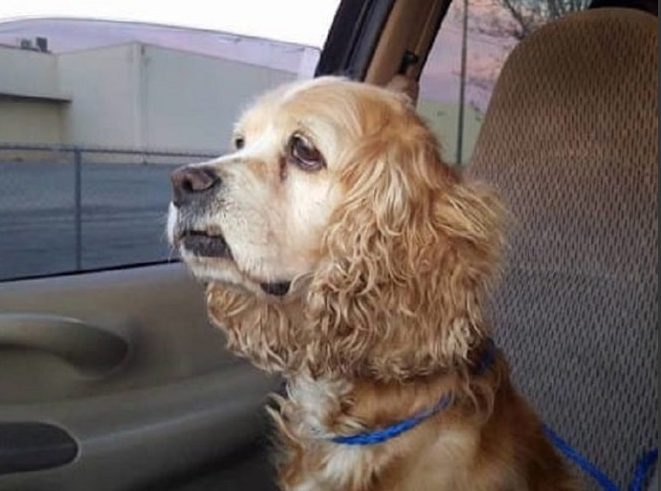 Its tears could touch even the most callous person, but the owners did not react Cookie’s heartbreaking whining. When people left, the dog looked after them, finally realizing that it had been betrayed.

However, this did not embitter Cookie, it continued to be friendly to people. Employees of the shelter wrote this story in the social network and soon people came to the shelter who decided to take the dog to temporarily care for it. 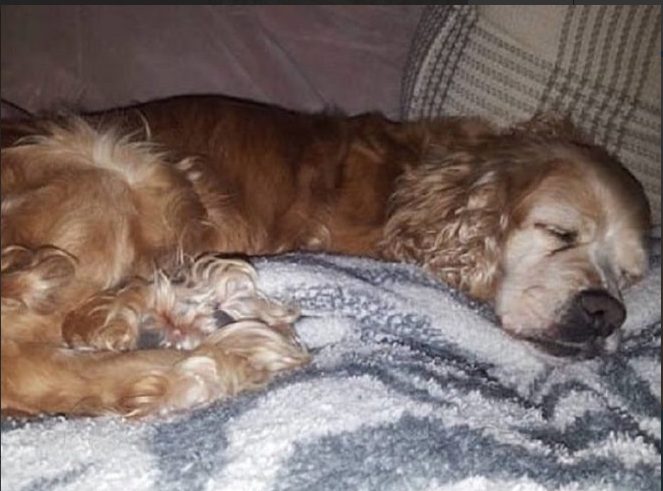 However, the dog fascinated them so much that they are in no hurry to give it back or transfer it to someone. Therefore, the dog has a new home with a loving family, which does not care about its age.