Two little kittens were lying alone under a bush. Their mother was nowhere to be seen. They were so thin that you could see their skeleton. After they were found, they had a chance for a happy life. 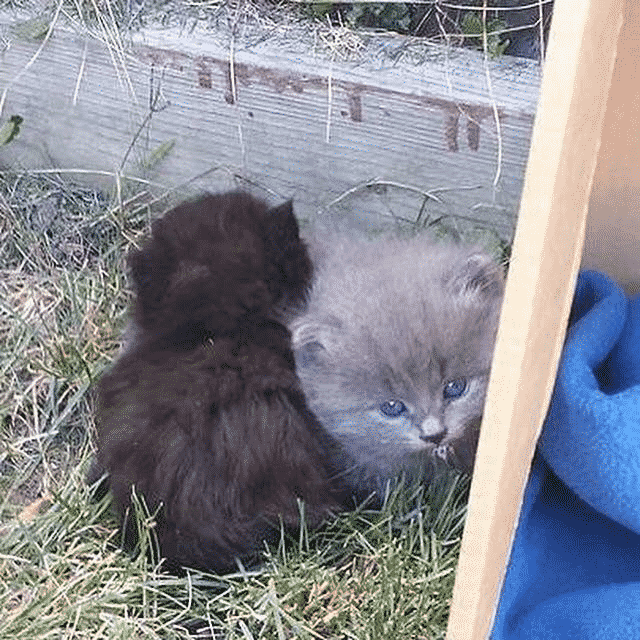 This story happened in Montreal. The girl Katya heard a barely audible squeak that came from the depths of the garden. Walking towards the sound, the girl noticed two kittens lying under a bush. They were trembling with fear and calling for their mother. To keep warm, they clung tightly to each other. 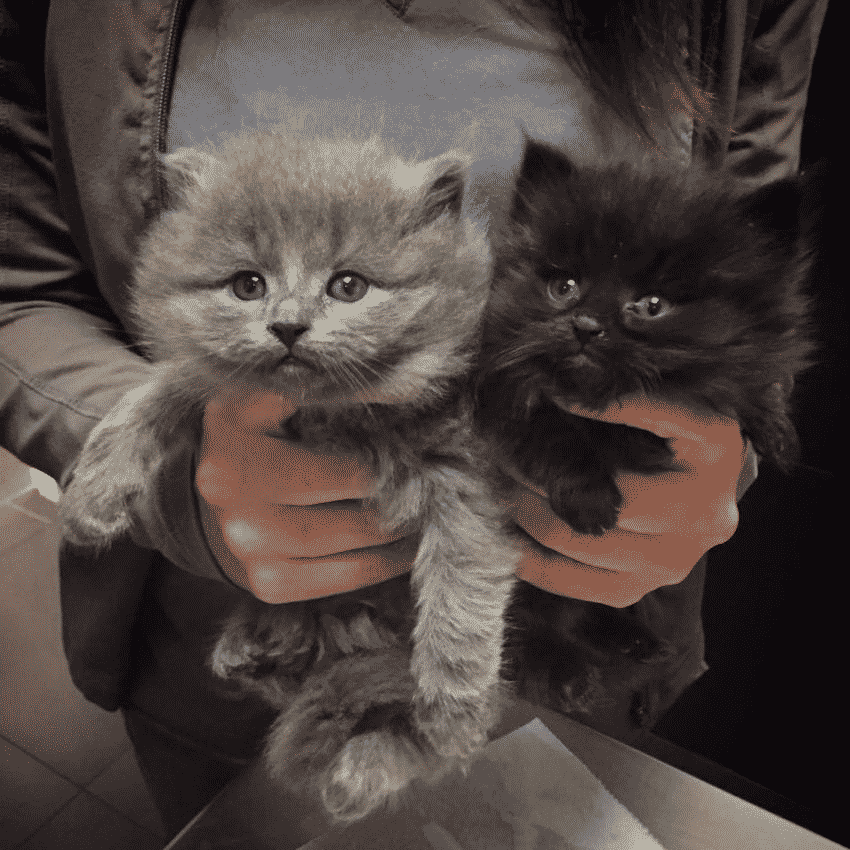 Katya could not leave the hope that the mother cat would come back. But, in vain. She couldn’t find it. It was impossible to leave the kittens outside, as the weather was cold. Therefore, the girl contacted volunteers from Chatons Orphelins Montreal. 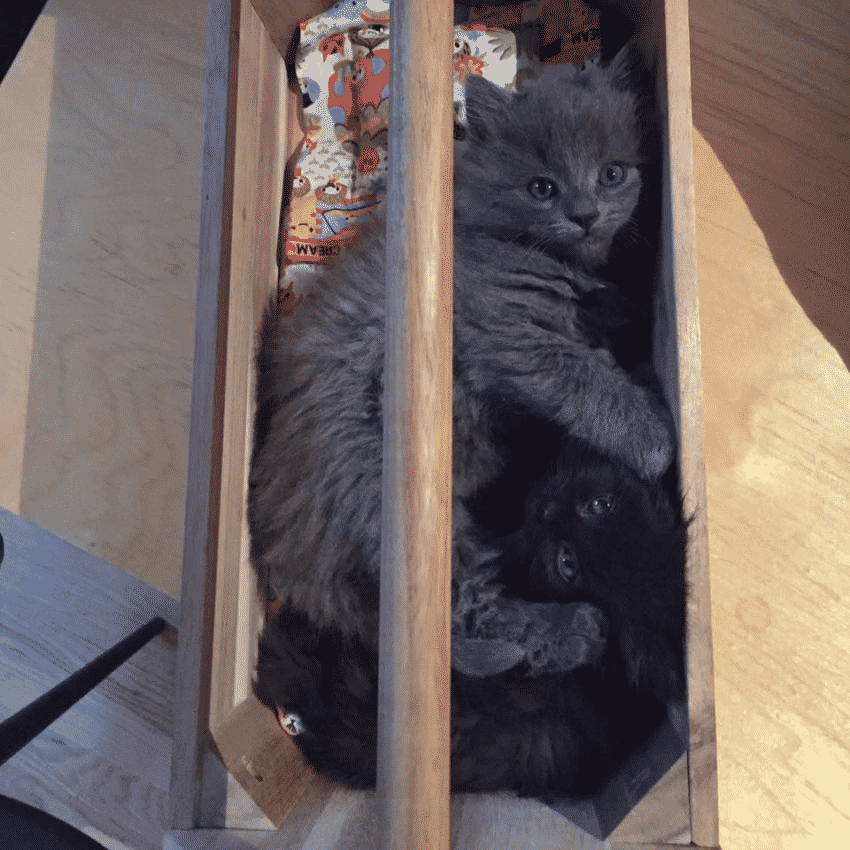 An employee of the organization said that during the period when they received kittens, they weighed below normal, and their bodies were severely dehydrated. The girl was constantly freezing, and her weight was half that of her brother.

The first thing the volunteers did was feed the girl. She greedily drank milk from the nipple. And after she was warmed up, she fell fast asleep.

The kittens were nursed by an experienced volunteer named Erica. Every day, the kittens felt better and better. 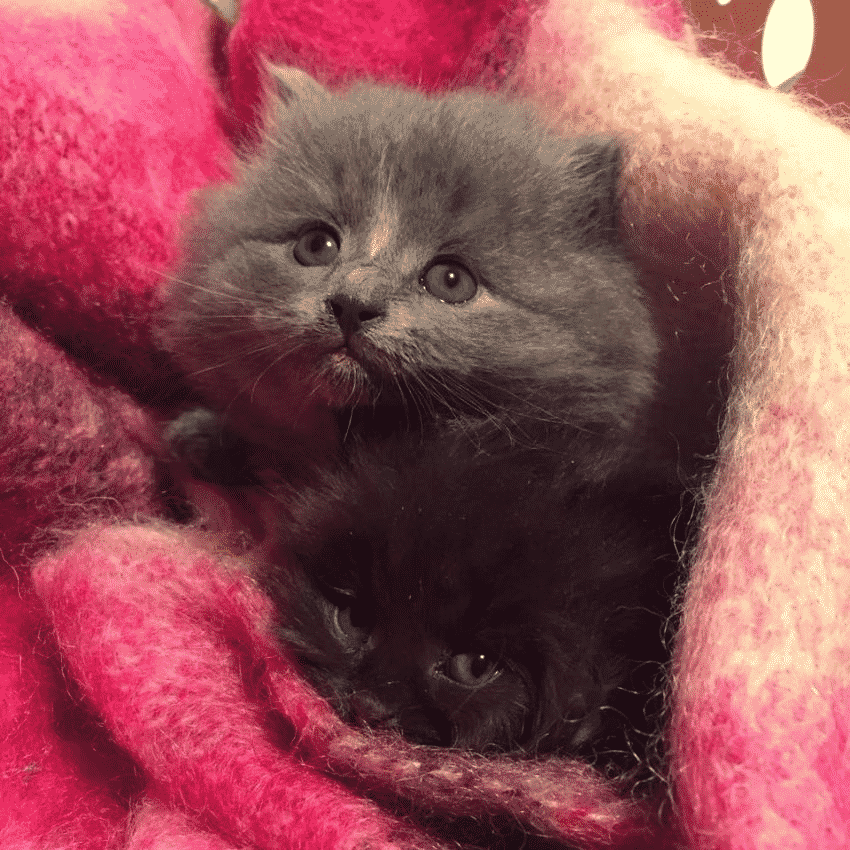 It took only two weeks for them to fully recover.

At five weeks, they began to be accustomed to solid food. The kittens’ health was constantly monitored.

Cute photo with a foster mom.

Brother and sister are always together. The black cat is this girl, she is quite shy. But her little gray brother likes to poke his curious nose everywhere. 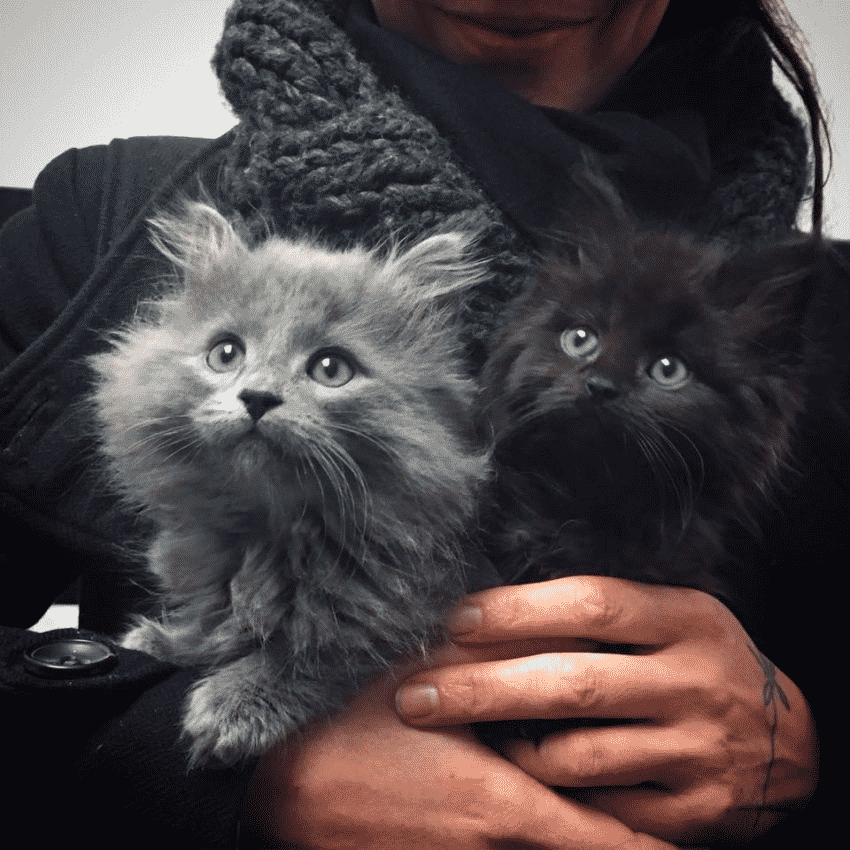 Kittens are inseparable. They constantly follow each other and even sleep together. 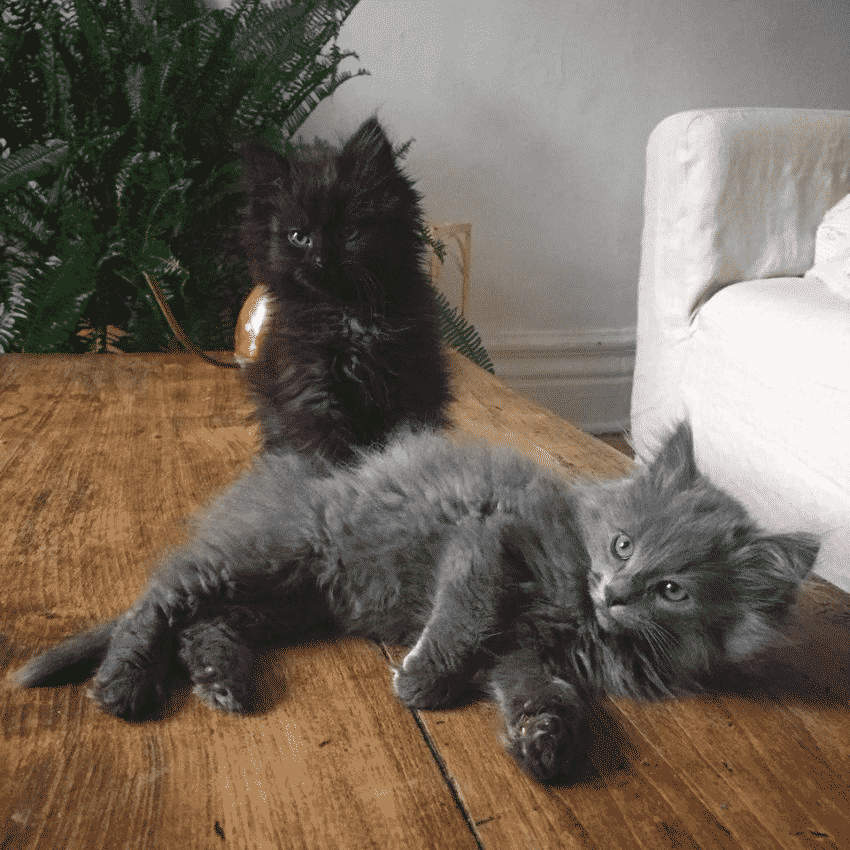 The girl was given the nickname Tosya, and the boy Yuri. 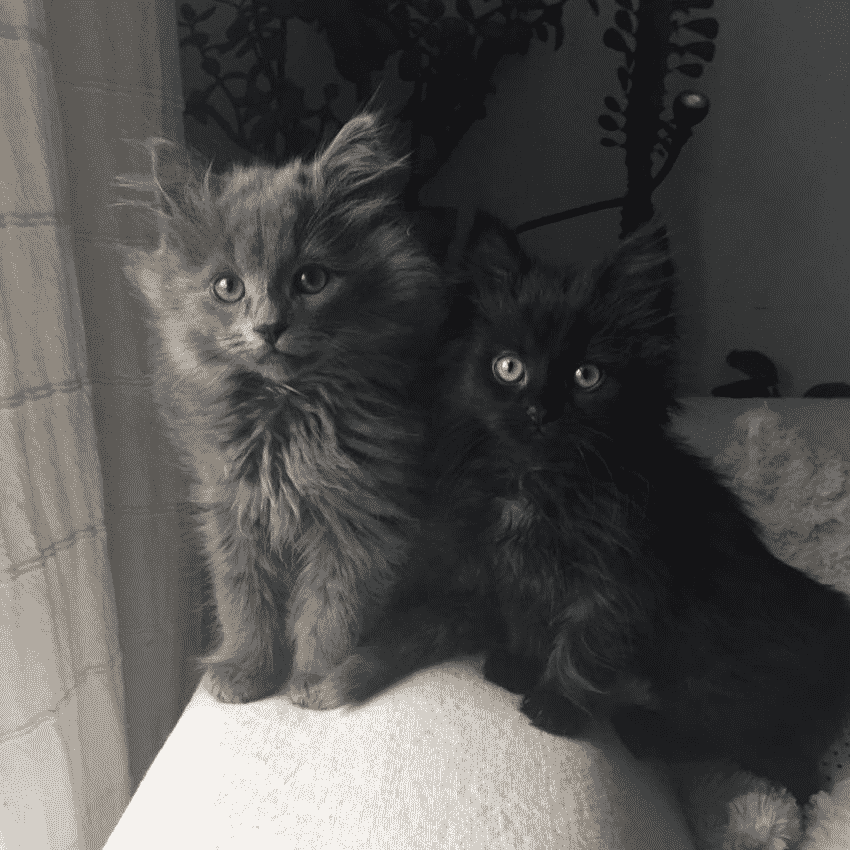 And this photo was taken when they were already 10 weeks old. 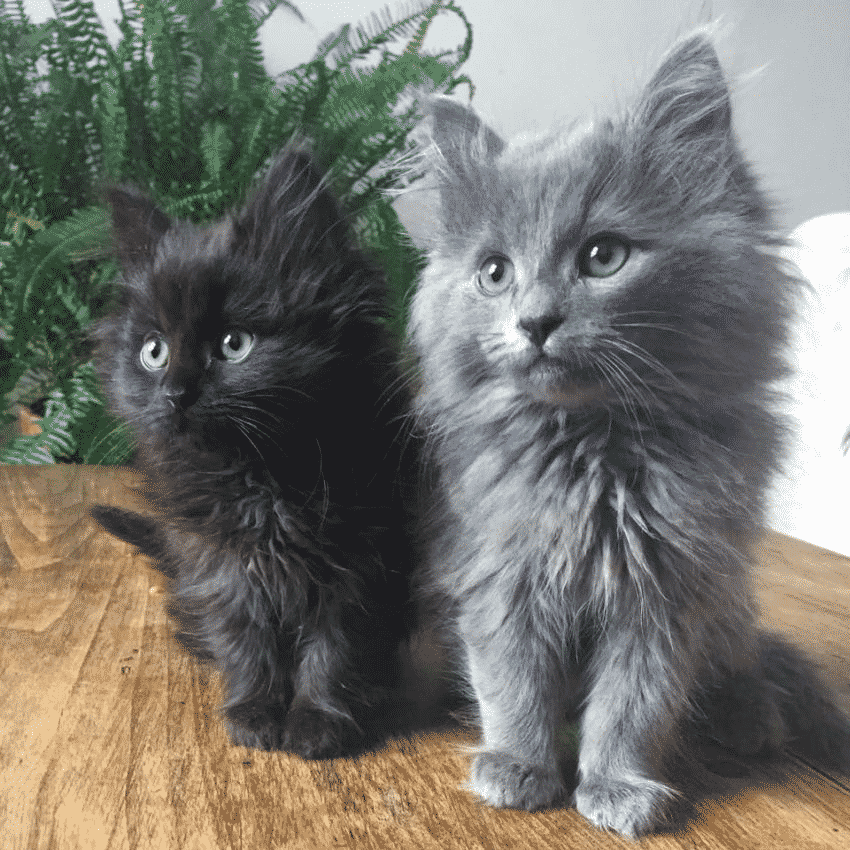 When the kittens could already look for a new family, Erica could not give them to others, and they stayed to live with her.

Yuri and Tosya are now full members of the family and are quite happy.