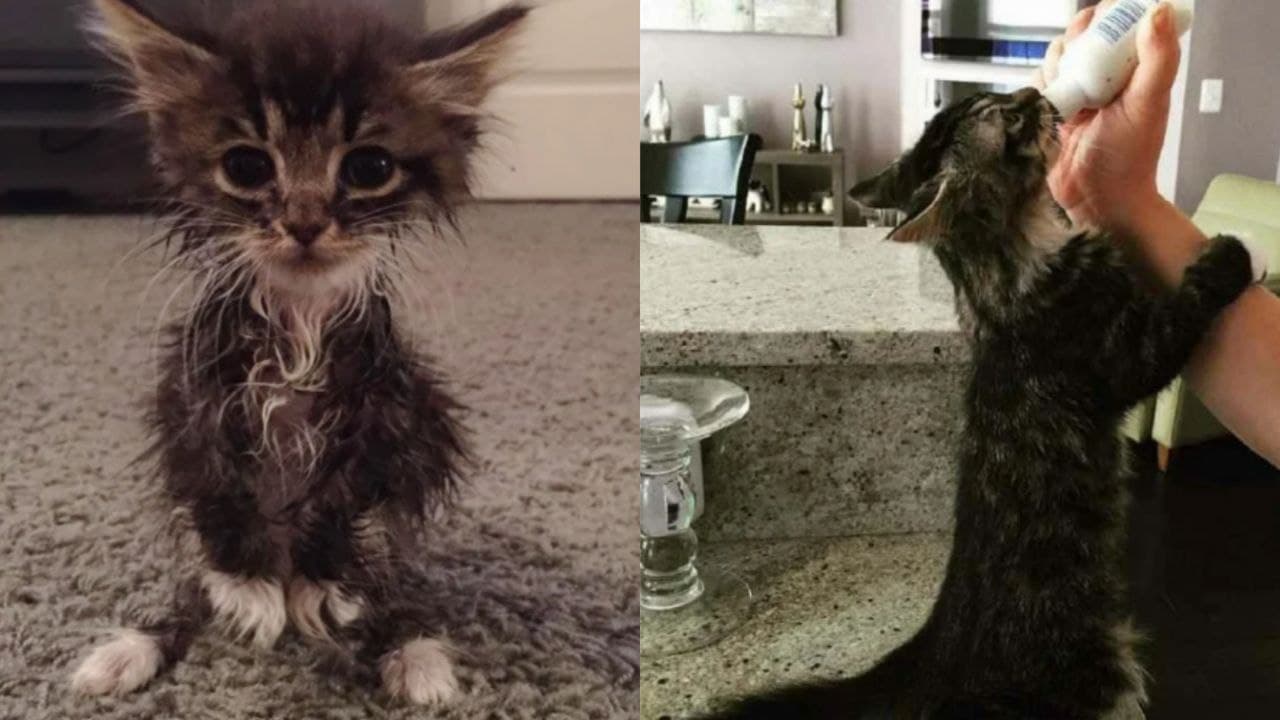 Several kittens got into one shelter, among which there was a special kitty because it was born with a physical defect – it had no elbow joints. The baby could only move with the help of its hind legs, like a kangaroo. The workers of the shelter, seeing it for the first time, were surprised and at the same time concerned about its fate, because it was very tiny and weak. 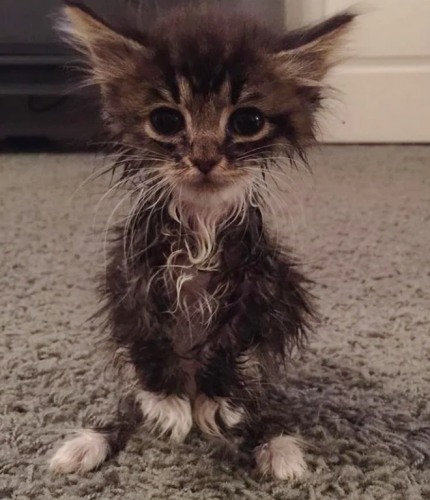 It became clear that the kitty needs special care and therefore the shelter is not suitable for it. Among the staff of the shelter was a girl named Mary Russ. She always took such special kittens to her home for overexposure, and then looked for owners. There are a lot of worries with such pets, but Mary was never afraid of difficulties, so she took the kitten without elbow joints to herself. 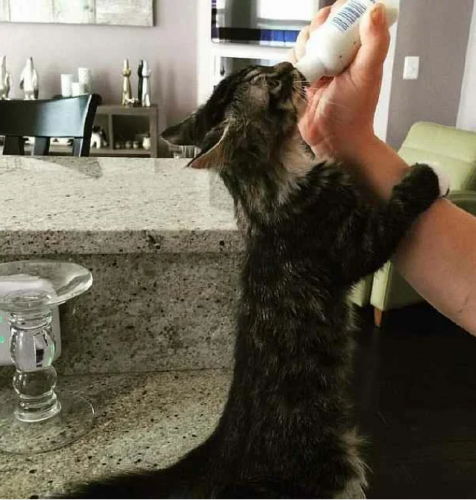 The girl gave the name to the cat Rudy. At first, the baby moved only with the help of its hind legs, but after that, the doctors began to carry out various manipulations with Rudy, which also included therapeutic massages. And the incredible thing happened – the kitty began to move on all four paws! Of course, its front legs didn’t bend, but that didn’t stop it from moving around the house quickly. Mary became very attached to a special kitten and decided to keep it with her forever. 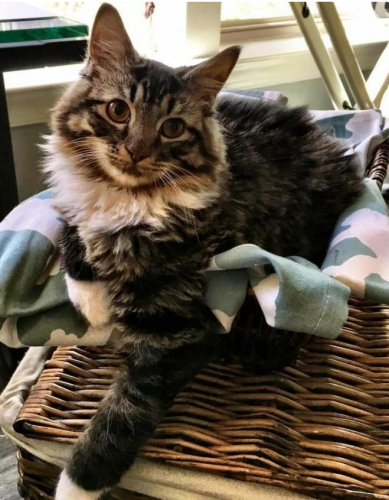 Eight months later, Rudy turned into a fluffy beauty, looking at which you don’t even think that it once had problems. Mary says that the kitty is very petite and weighs only two kilograms.

Kitty is very kind and affectionate. It adores its owner and is friends with all the guests and even another pet of Mary – the dog Skeet. 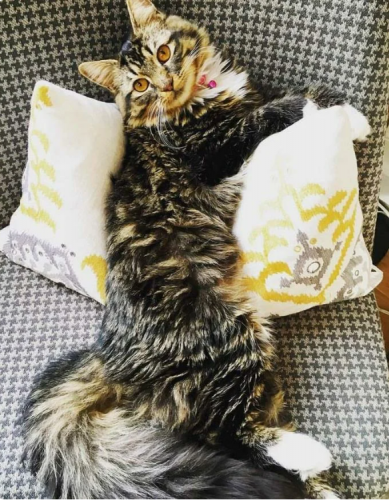 Rudy was very lucky that it met such a kind and sympathetic person. Perhaps if it had ended up in another shelter, its fate would have been different, maybe it would have been euthanized altogether.