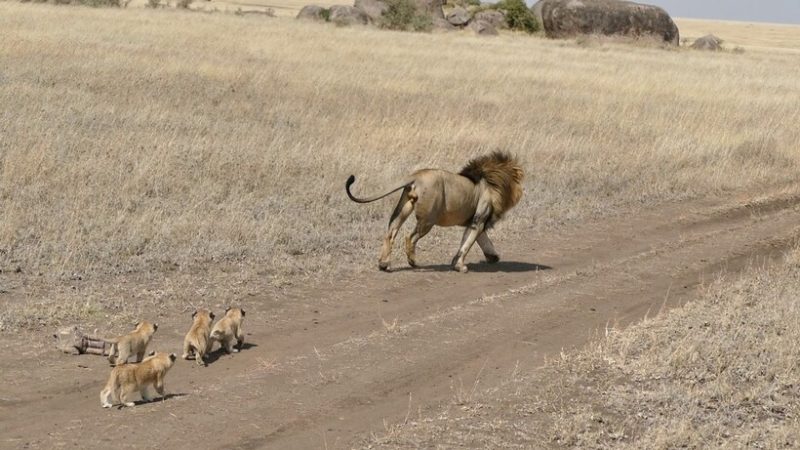 Some men sometimes do not realize what they will have to do when creating a large family.

After all, when there are three or more children in the family, life will never be the same.

The lion, who was photographed in the Serengeti National Park, Tanzania, is a father with many children. He was so tired of the attention of his cubs that he decided to retire to be alone for a while.

The photos show the king of beasts, followed by four little lion cubs. 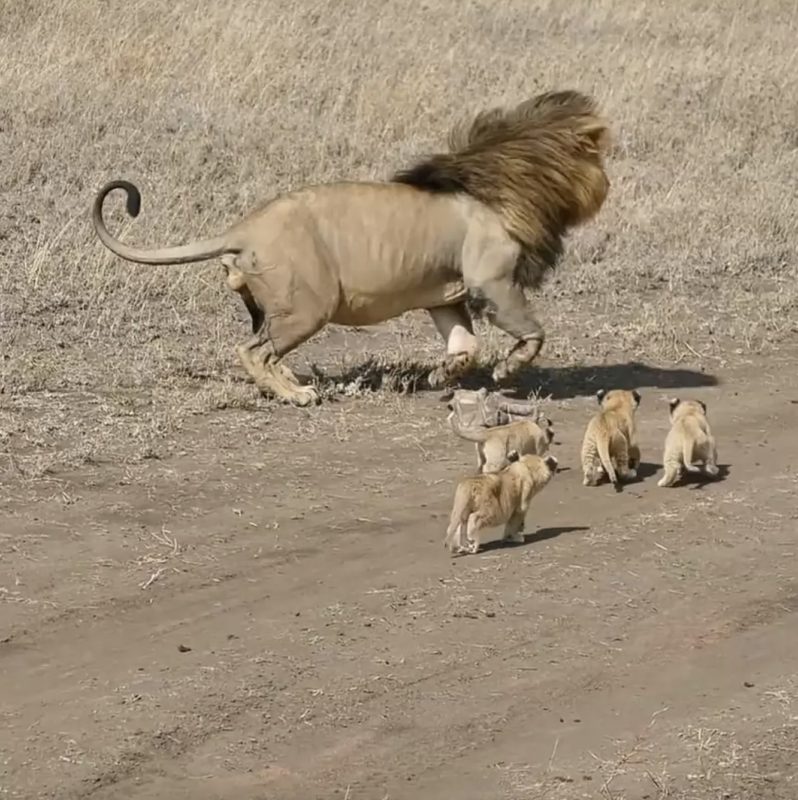 The father of many children was so tired of the attention of his cubs that he decided to retire at all costs in order to be alone for a little while.

It seems that the lion thought that the children themselves would leave him alone, but that was not the case!

At some point, the tired father starts running, but the children noticed it and immediately followed him, trying to catch up with him.

They definitely don’t want to be left behind by their father.

Usually, lions rest for about twenty hours a day, going out to hunt after dark.

Thus, they save their strength for evening hunting and also save themselves from the heat of the day.

During rest periods, lions gather in groups, sleep together, rub their heads against each other and, of course, play with children.

This is very useful, but raising children is not easy, and Leo with four children seems ready to confirm this. 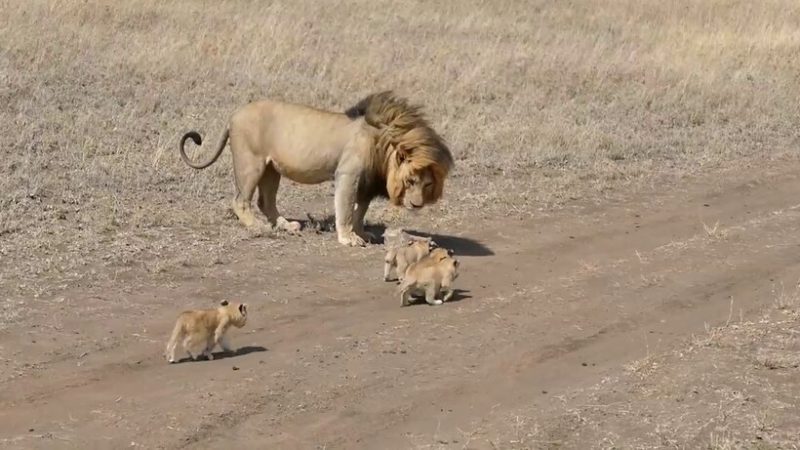 Many netizens even presented their dialogue: