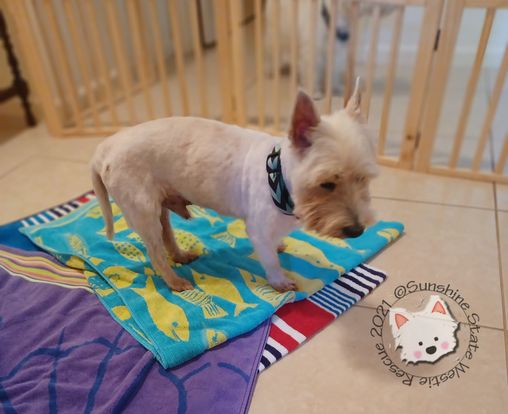 After being missing for almost a year, 16-year-old Westie has been reunited with his family.

Lisa Raulerson told about the unfortunate day when her beloved dog Sparky went missing. Last October, it was a rainy day when Sparky escaped through the open gate of his home in West Palm Beach. Rawlerson said she accidentally left the gate open. 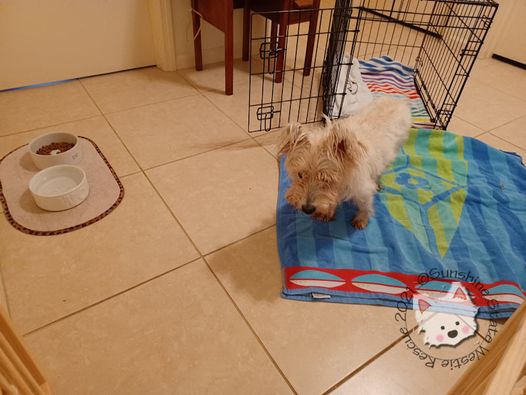 Sparky was 15 years old at the time and partially deaf. The family posted missing dog flyers and even offered a reward for the return of their cherished pet.

As the days passed, Raulerson began to lose hope that she would ever see Sparky again.

But almost a year later, she spotted a photo of a Westie on a local shelter’s Facebook page that looked just like Sparky.

It turns out the dog was picked up by Palm Beach animal control as a stray. Sparky was scanned for a microchip, which he had, but the information was not up to date.

“We pulled him the day before his final day,” wrote the rescue.

Raulerson immediately contacted the rescue to inquire about the dog she saw on Facebook and discovered it was Sparky.

Due to a “very unusual circumstance”, the shelter was able to confirm Raulerson was the owner by verifying with the vet who provided the chip that it was indeed her dog. 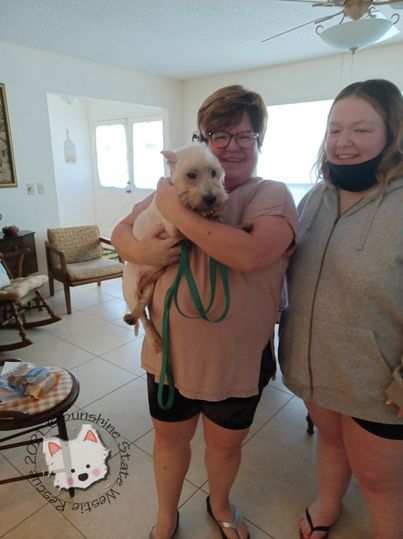 The two were reunited 331 days after Sparky went missing and the family is thrilled to have him home. “I feel like a void in my heart was filled I really do. I never thought I’d see him again but here he is. I wish he could talk,” stated Raulerson.