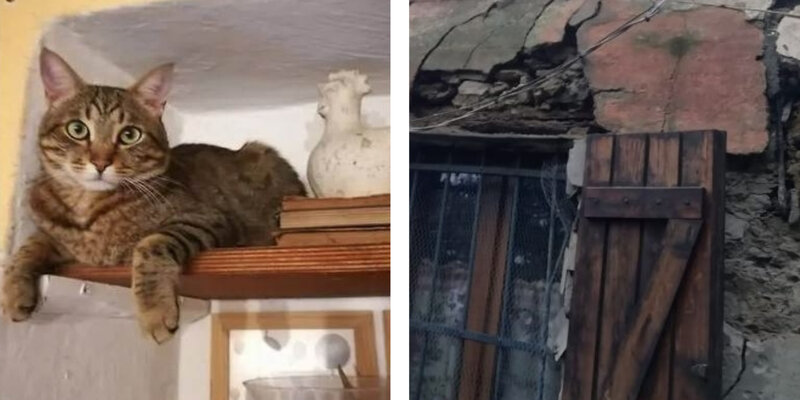 An Italian couple was saved from the flood that destroyed their house, thanks to their kittens. They woke people up with their unexpected voices in the middle of the night.

When Sabrina Pellegrini and her husband Claudio Piano went to bed the night before in their old house, it was raining heavily outside.

The woman got up at night because the kittens woke up and they were very noisy. Sabrina approached them and saw that they were playing with a piece of plaster that had fallen from the ceiling. And then she saw a big hole in the ceiling.

It turned out that while the couple was sleeping, torrential rains caused flooding in the area.

One of the landslides hit the house of Pellegrini and Peony at night. At the moment when the cats woke them up, the couple miraculously managed to run out of the house.

The couple had nothing left, but most importantly they were saved. Fortunately, the kittens were also saved. Now the couple and their cats have found shelter in a small house of their friends.