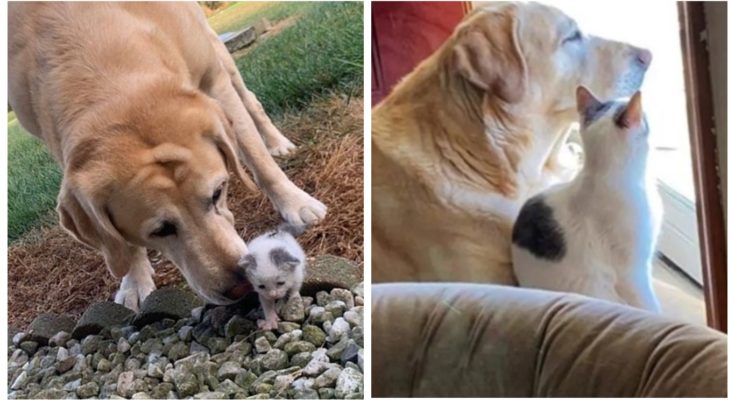 The family did not plan to have another cat, but…

One day, Morgan heard a plaintive meow from the trees near her farm. « We took out one of our cats and he went to the scream and found a kitten. » 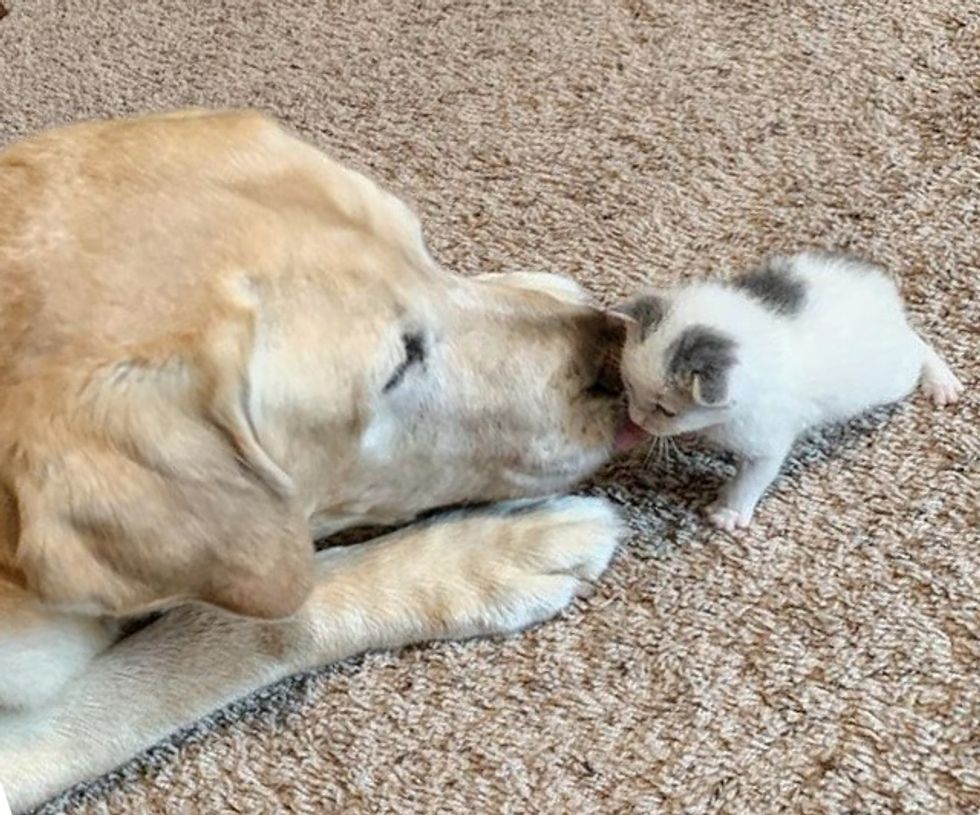 The baby was sitting on a stump and calling for help. His mother never came, although she was expected for several hours, so Morgan took the kitten into the house. The cat was named Polly and began to be fed from a bottle, by the hour. 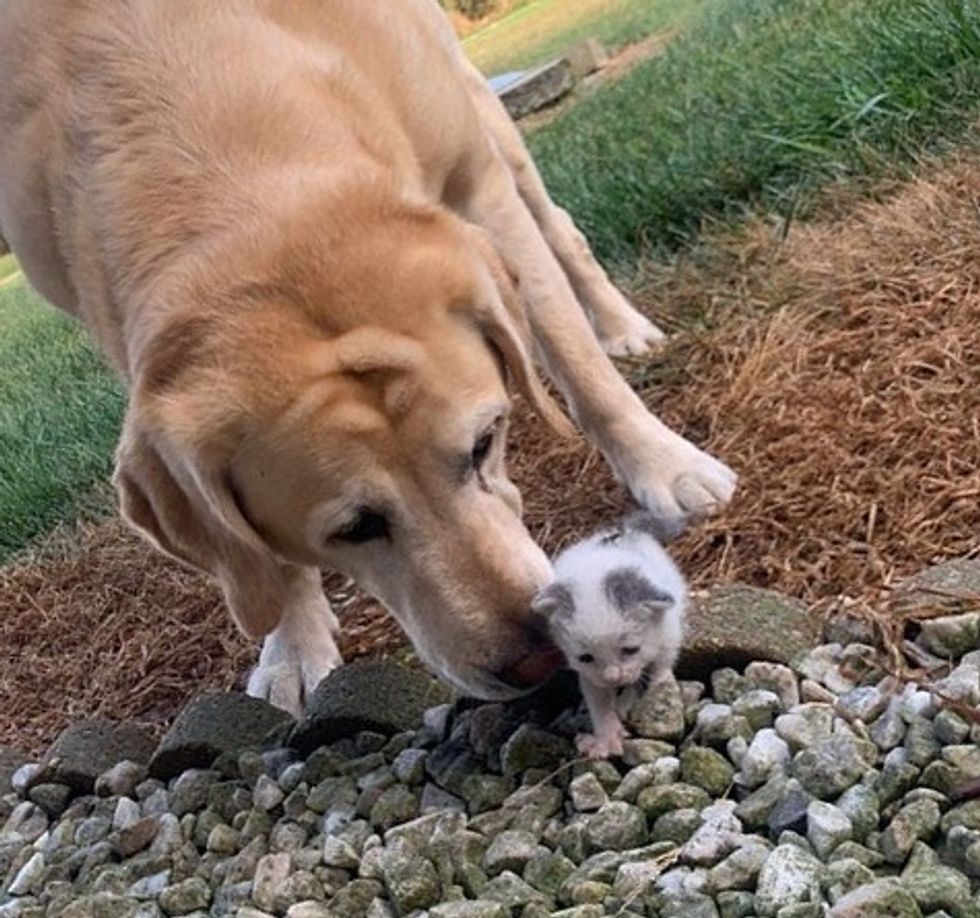 « She couldn’t see anything and be covered in fleas. Pax loved her from the very first day. » 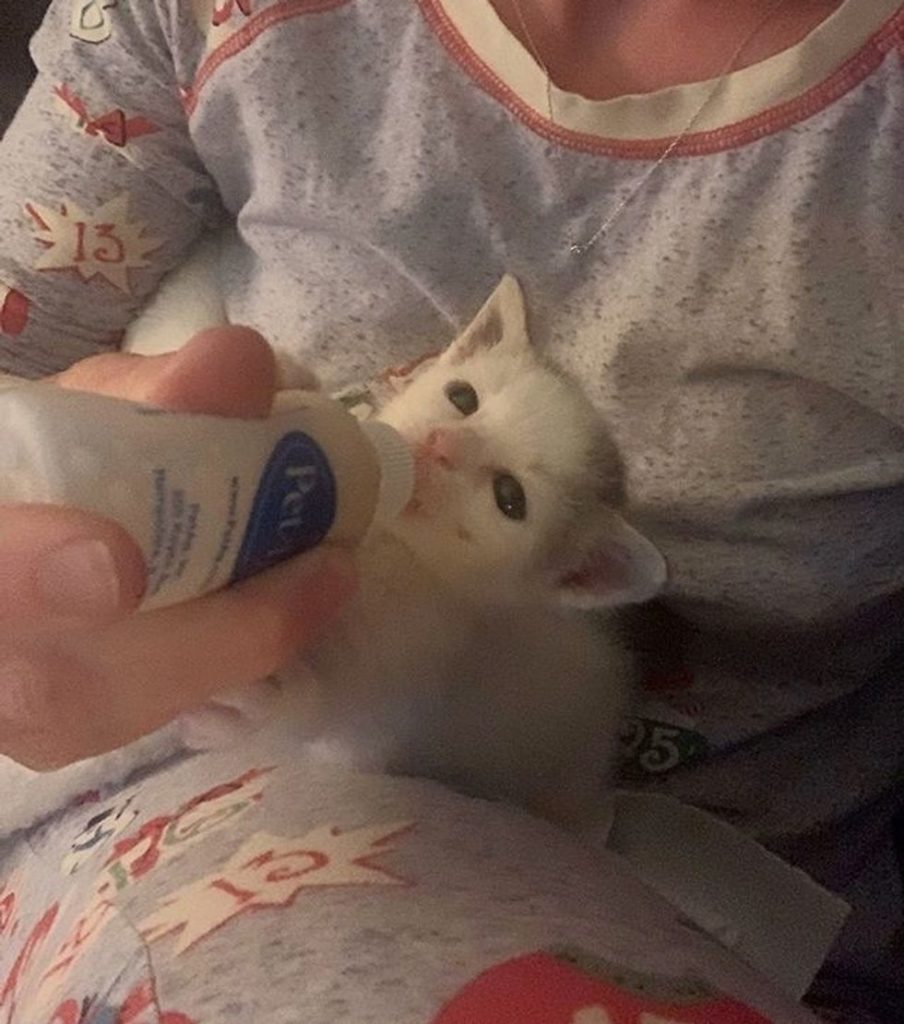 Pax immediately began to guard her, patiently waited for her to eat, and then licked her and stayed close.

It is not surprising that Polly also became very attached to the dog and also followed him everywhere. 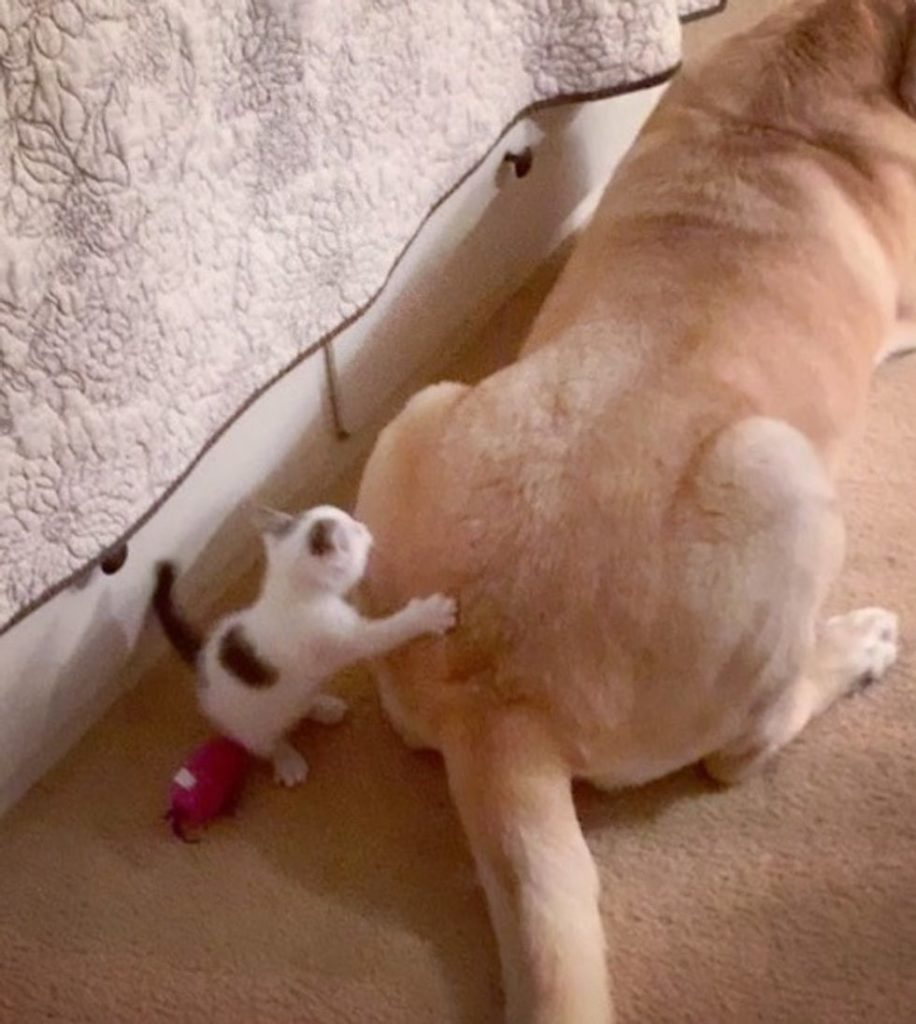 As Polly grew older, their friendship only grew stronger.

Pax shares his lounger with the cat and lets her play with his toys, and also teaches all sorts of dog tricks. 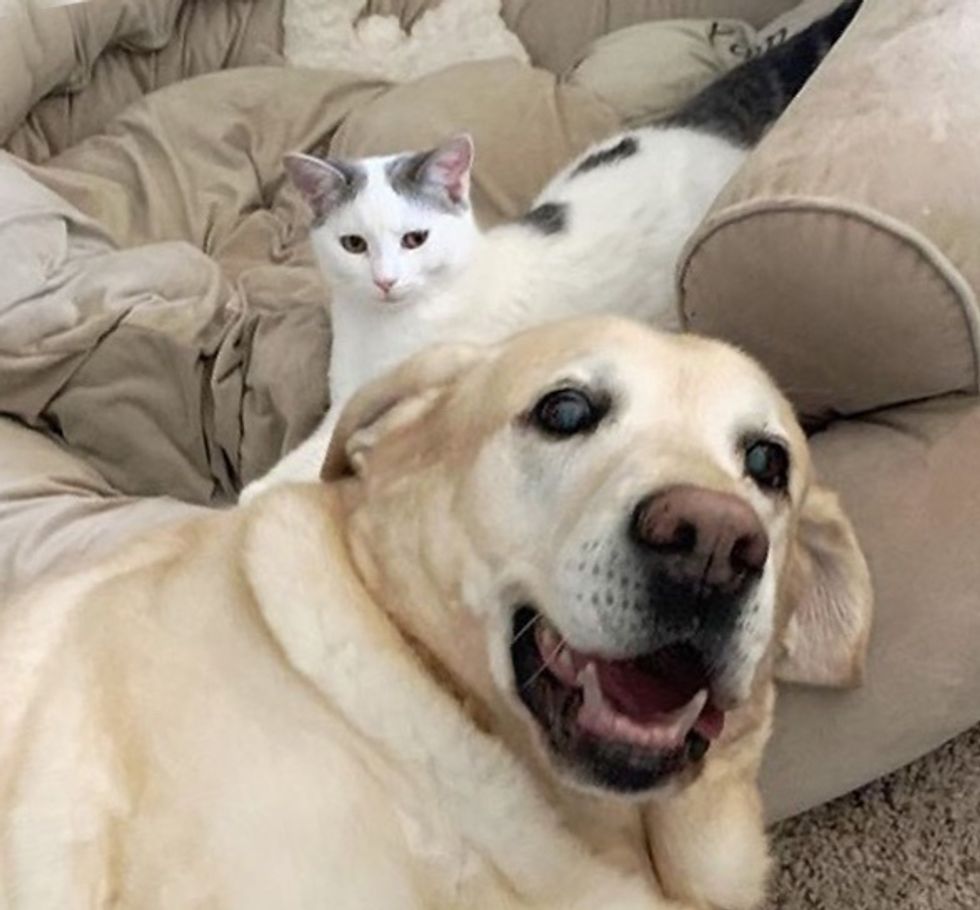 « She likes to ride him, and when he goes out for a walk, she patiently waits for him at the door. Maybe even like barking, as if telling him to come back as soon as possible. » 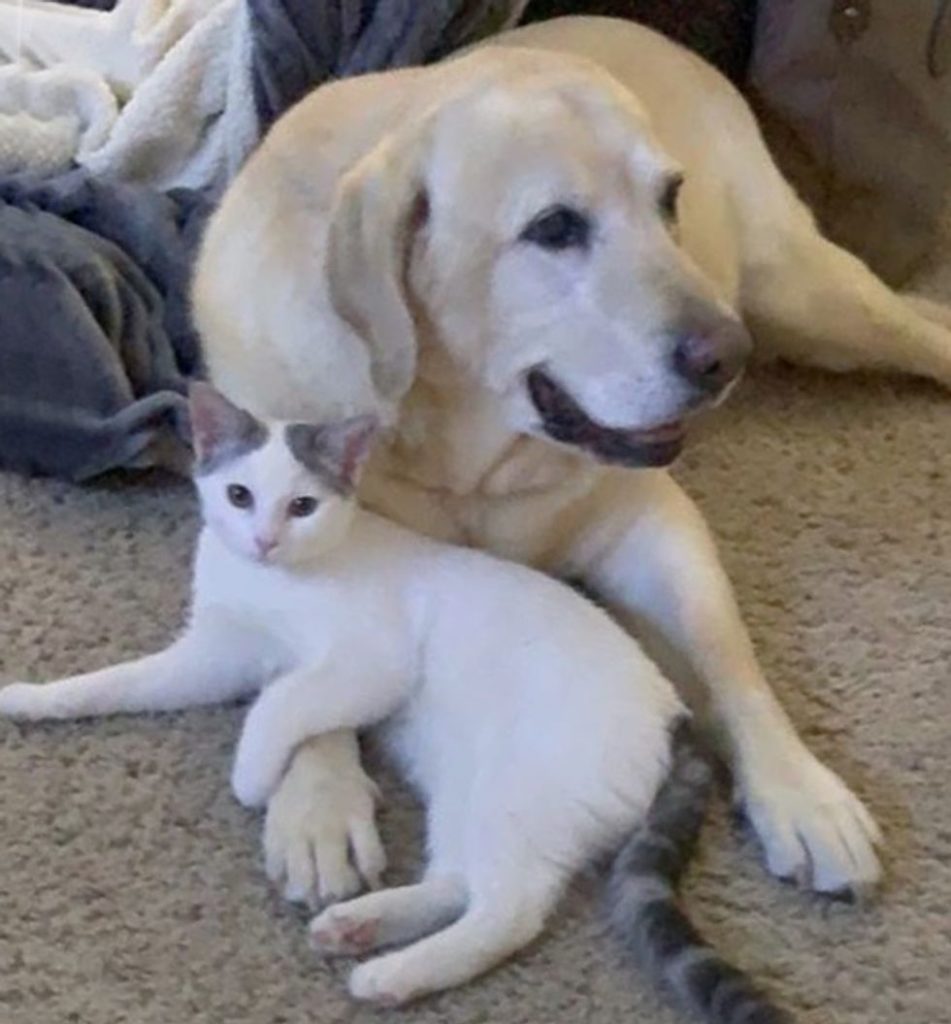 Apparently, Polly considers herself a dog, too. 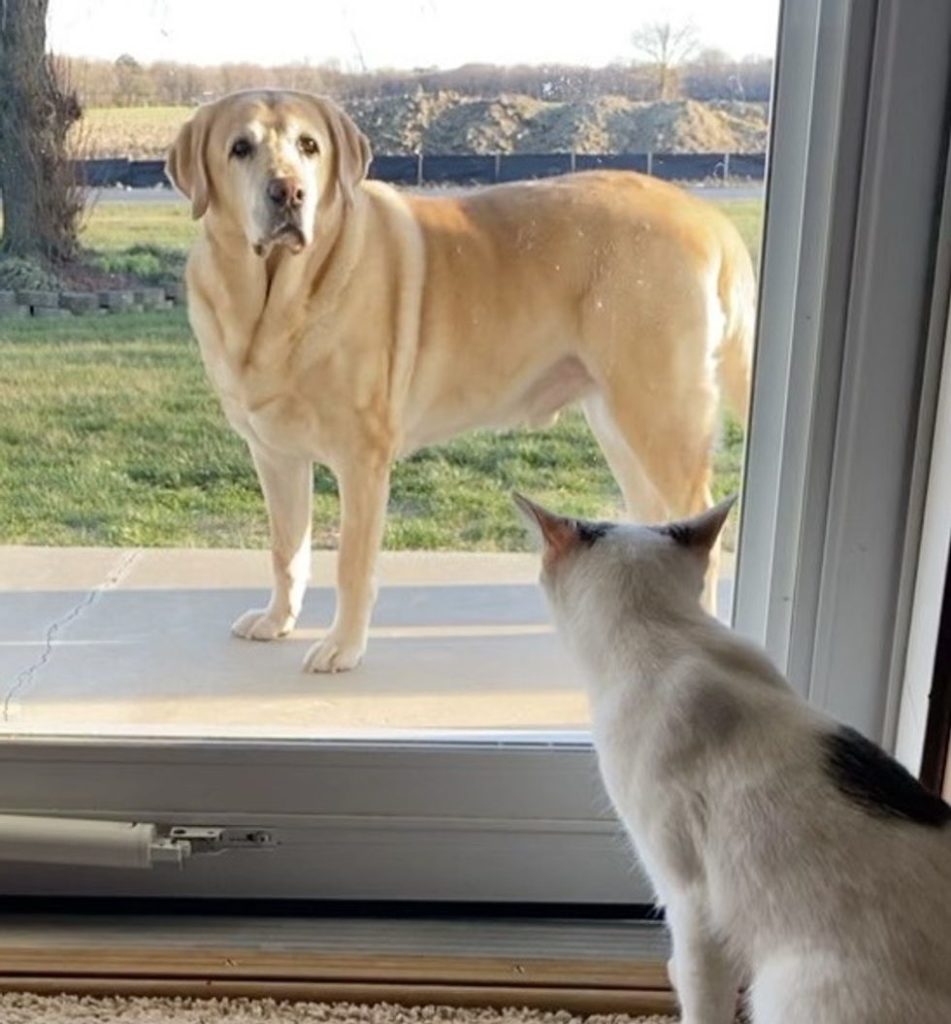 In the morning, they like to sit together at the front door, bask in the sun and look at passers-by. 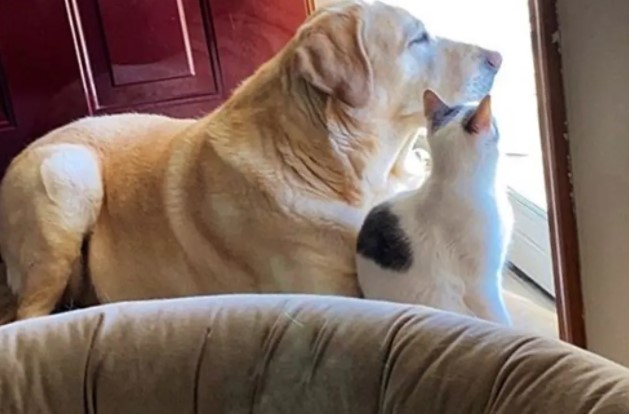 That’s how the dog raised a wonderful friend. Without which he can no longer imagine his dog’s life! 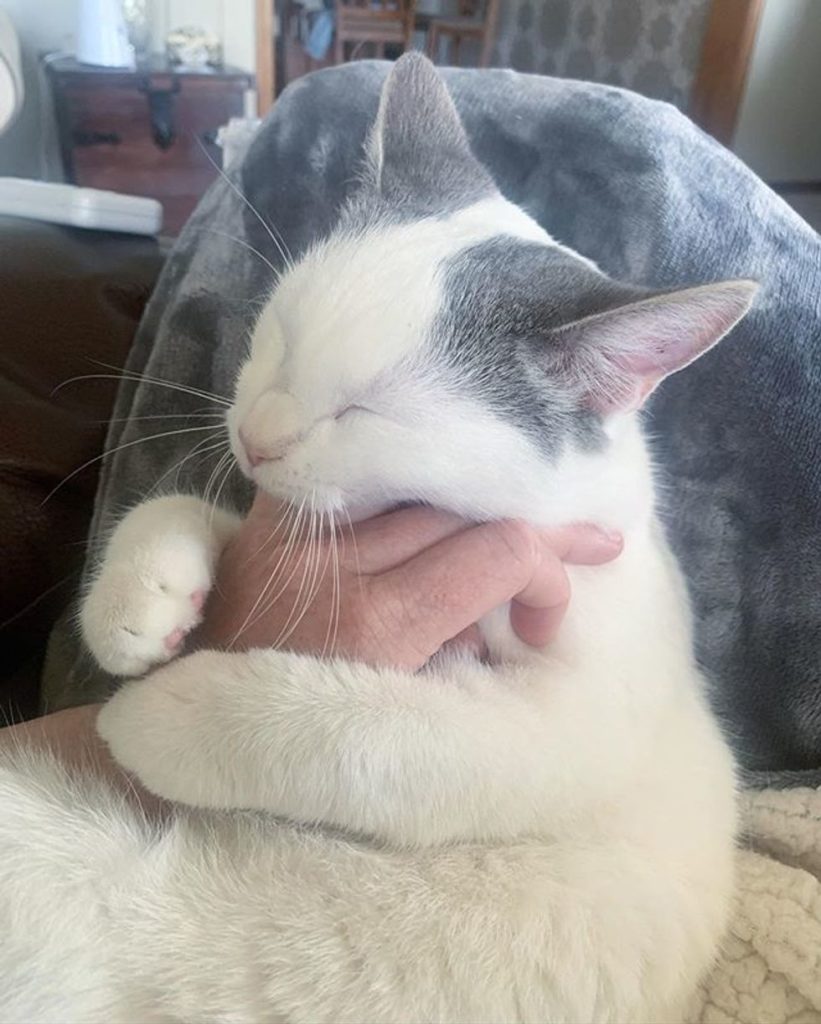 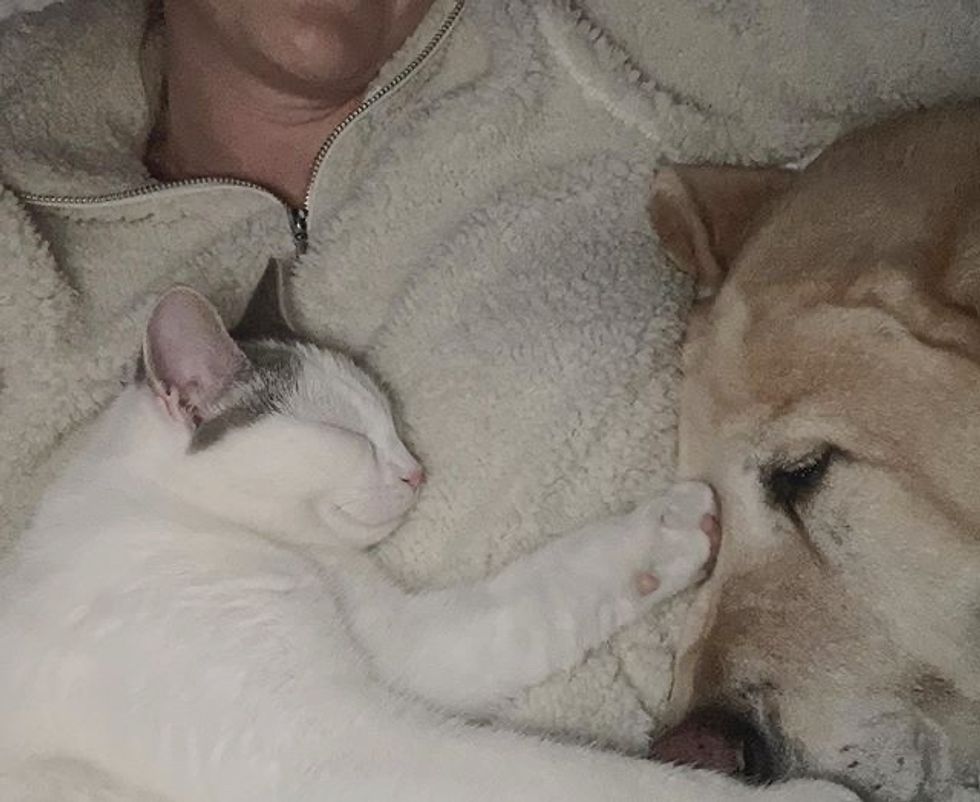