The story of friendship between a bear and a cat began in the early 2000s in the Berlin zoo. This zoo is one of the oldest, as well as the record holder for the number of different types of animals, which made it famous all over the world. Here the animals live in ideal conditions. The enclosures are made in such a way that they do not cause any discomfort to the pets, there are simply no cages.

The zoo already had a huge number of visitors, but after one story, their number increased several times. 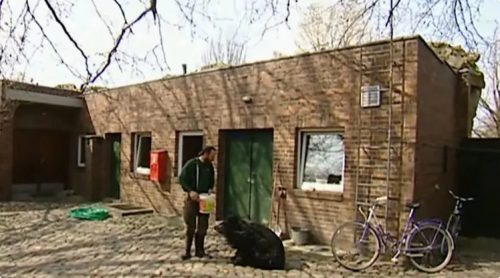 People wanted to see the amazing friendship between a cat and a bear. The bear was already very old, at that time it was more than 30 years old. For bears, this is a pretty solid age. The bear’s name was Mouse (German: Mäuschen). In its old age, the animal was no longer happy about anything, every day was similar to the previous one. However, everything soon changed. 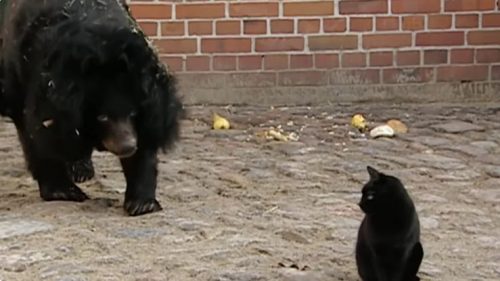 A cat suddenly appeared in the bear’s enclosure. At first, it watched the bear from a tree, but a little later it still went down but kept its distance. The zoo staff could not understand what the cat wants from the bear? It was just as black as a coal, as the inhabitant of the aviary. 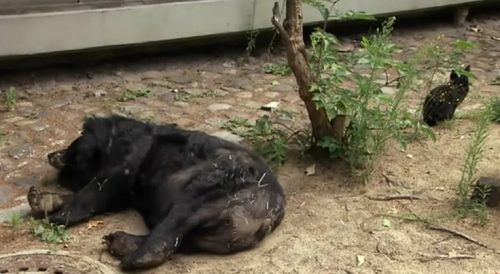 At first, Mouse was wary of its uninvited guest but later began to show interest in it. Employees noticed that there was a certain sympathy between the animals. And soon it became clear to everyone that they had become friends and spent all their time together, trusting each other. How did this happen? A riddle! After all, our nature is very mysterious and unpredictable. 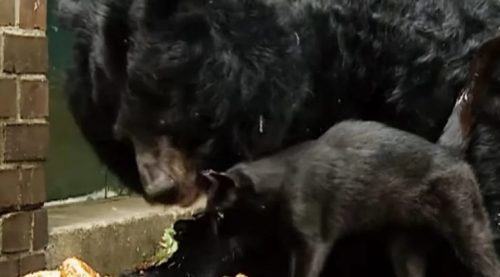 The cat was given the name Mushi, which translates as a cat. The animals spent all their time together: playing, sleeping, eating. No one could interfere with their friendship. After 7 years, the administration decided to improve the aviary. 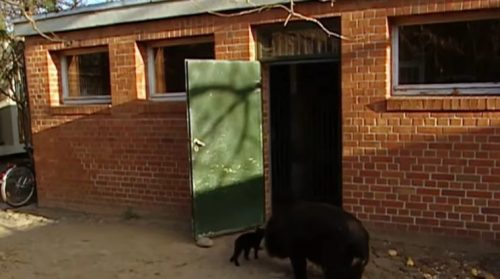 The bear was put in a closed enclosure for a while, but its friend faithfully sat next to it until the repairs were completed. After that, the inseparable friends were again close. They were very happy about it! 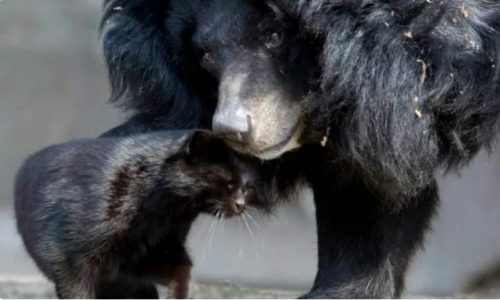 By that time, Mouse was already very old. The cat brightened up its old age. However, nothing lasts forever. 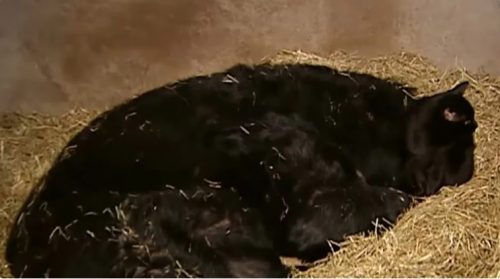 After the friends were reunited, the bear still lived for 3 years.

After the death of a beloved friend, the cat disappeared. No one saw it again. But there are rumors that someone took the cat to his home. However, it is not known whether this is really the case.