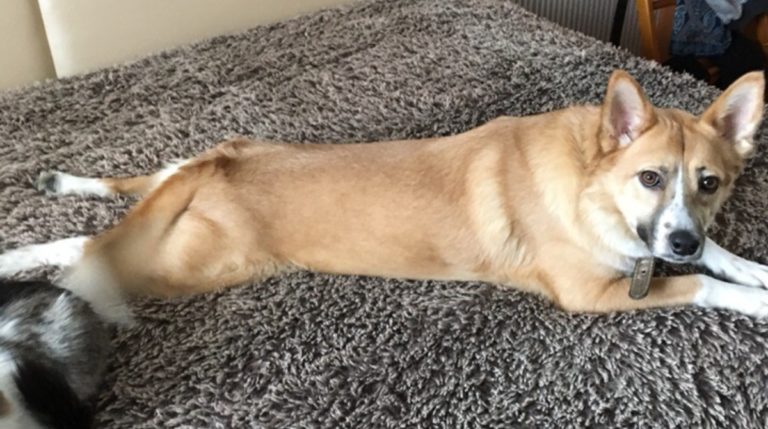 Irina Lebedeva met her beloved dog in November 2017, when it was still a puppy. One day, a girl, flipping through a news feed, noticed an ad about a small, thin pet who was trying to survive on the street.

There was a skinny little puppy in the photo, looking pitifully at the person who was taking her picture. Ira and her family went in search of a pet and soon found her. The baby was still sitting by the tree, pressing her whole body against it and shivering from the cold.

The puppy was immediately taken home. At first, Ira just thought about overexposure and that she would put the baby in good hands a little later. When the pet was thoroughly examined, they saw a matted fur on her neck, to which something like a straw stuck. The girl began to bathe her, and then it became clear that it was not straw at all. In fact, the animal’s neck was cut, and a rope had grown into the wound. The clumped mass that resembled straw was actually pus! It turns out that the wool hid a fatal wound. 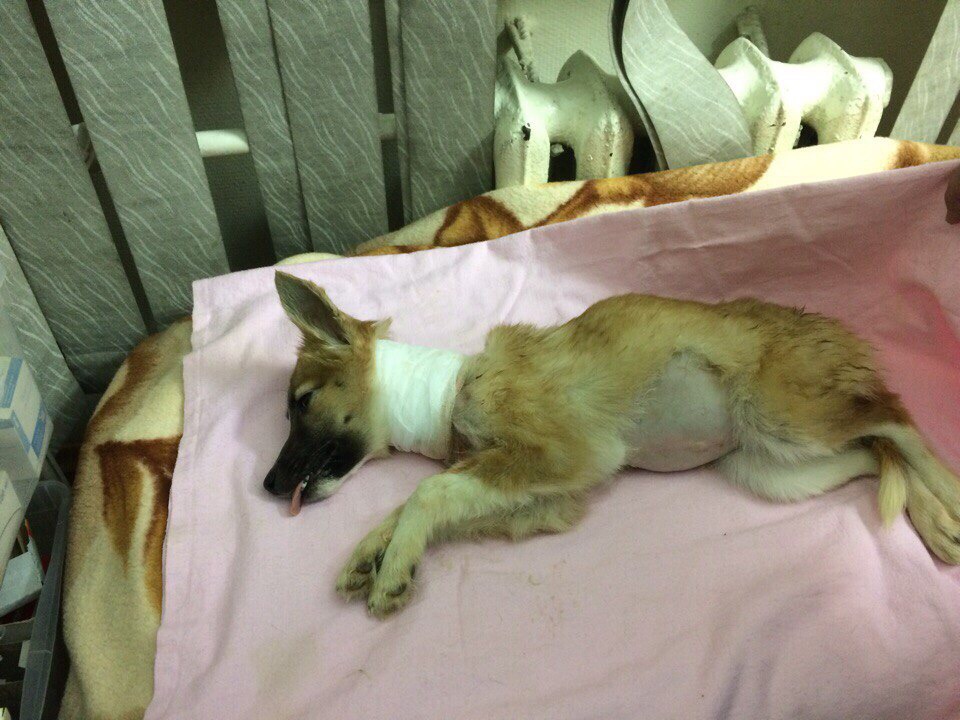 Irina hurried to take the baby to the vet. There, the baby had pus removed, an operation was performed and the wound was sewn up. And an ultrasound of the abdominal cavity showed that the poor guy has everything in his tummy except food. After all the manipulations, the puppy was prescribed treatment and handed over to Irina. 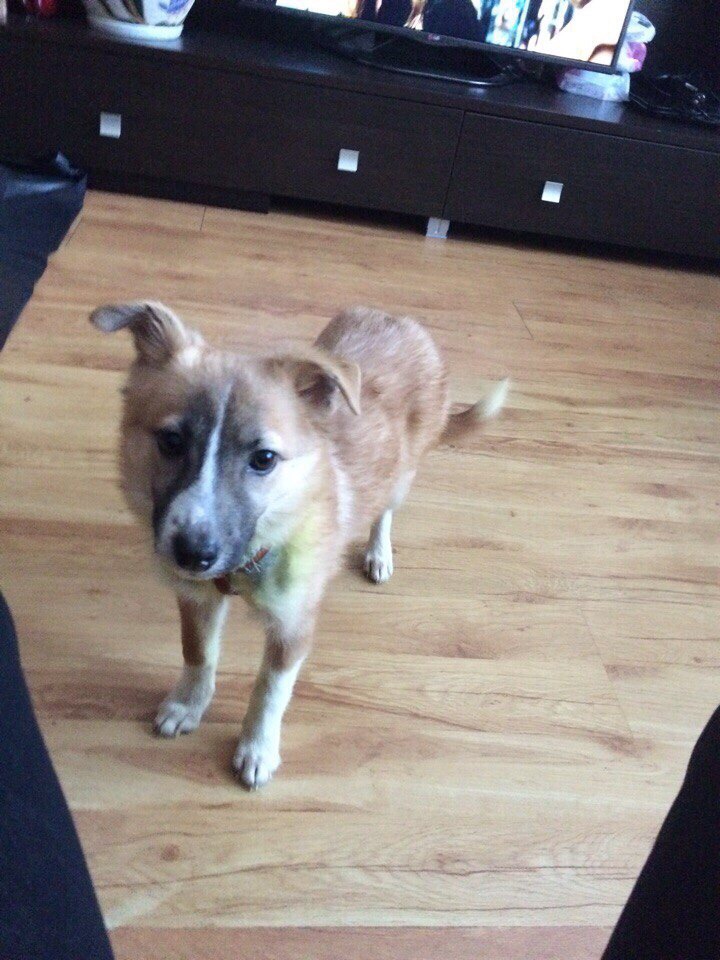 At that time, the Fox (as the dog is now called) was about four months old. It was clear that the animal lived somewhere in the house, where it was kept in very poor conditions, and then completely put out on the street. 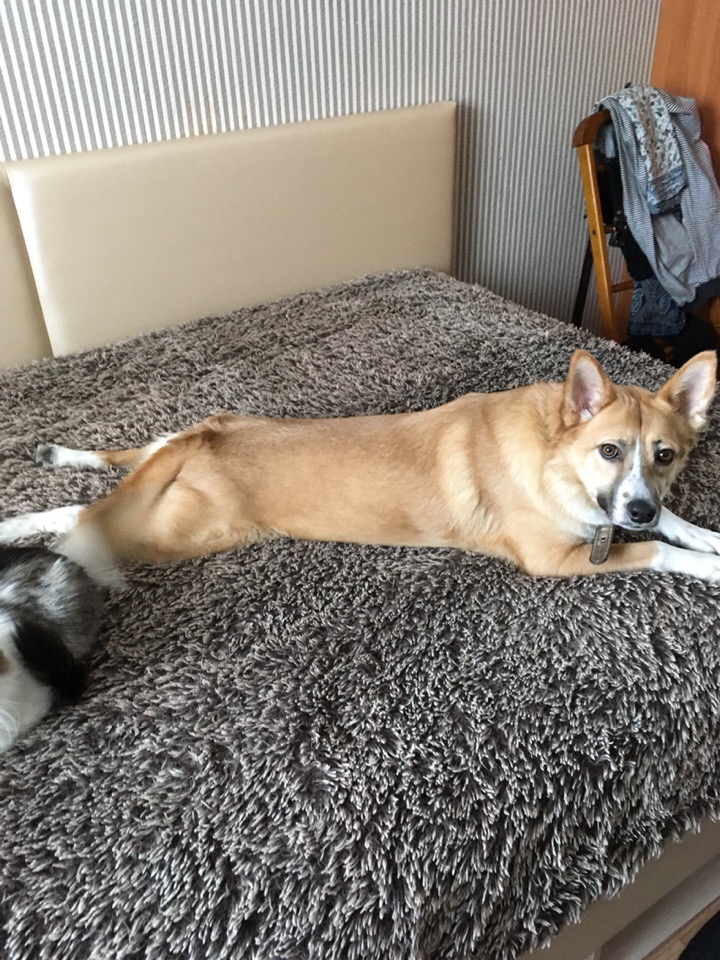 The baby got used to the house and to Irina’s family for a very long time. For almost six months, she hid from everyone in a corner. There the puppy ate, went to the toilet for a diaper and slept. And then the dog began to come out of hiding. Little by little, the Fox began to get used to people and soon she completely trusted them. 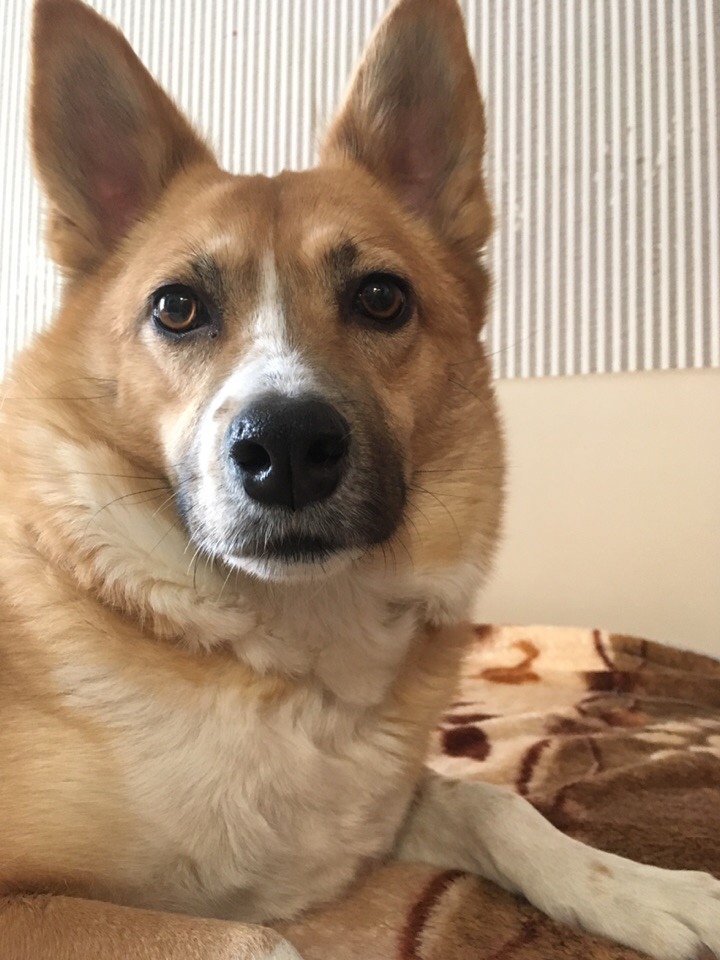 Now it is a loving dog that adores its owners. But she is still very careful with strangers and does not allow anyone to stroke her.

But the main thing is that the Fox is happy and knows that she is very much loved!