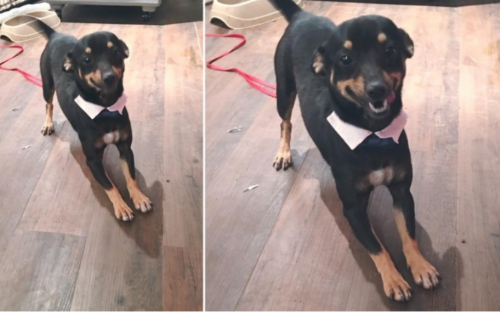 The volunteers received a call and were informed that there was a dog on the roadway, which was rushing among the cars. Rescuers arrived at the scene in time and caught a dog that almost got under the wheels.

They took it to an animal shelter. The dog turned out to be extremely affectionate and cute, they called it Chip. The dog stood out because it had a special appearance – it had a smile on its face all the time. 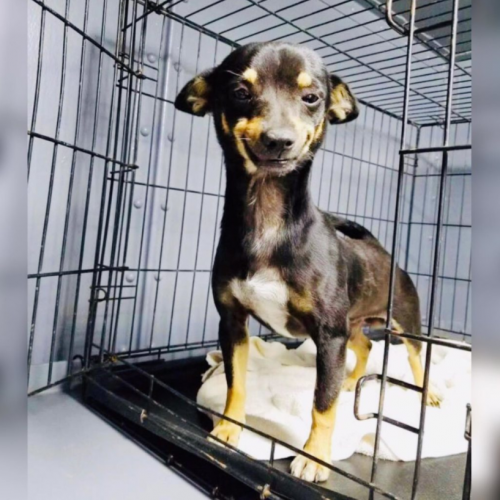 Chip was photographed, and the picture was published on social networks, immediately many people wanted to take it home. As a result, a single woman named Galina was chosen among all of them, who recently lost her beloved dog, who was ill. The woman, seeing the dog, immediately realized that it should live with her. 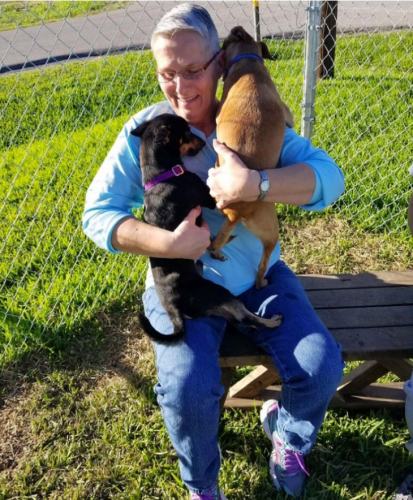 Chip, seeing Galina, immediately happily wagged its tail. At home, the new owner had another dog of the same breed as Chip. The pets immediately became friends. The dog was happy that it had a girlfriend.

Now Chip has everything for a happy life: a caring owner and a friend. No wonder it smiles all the time.