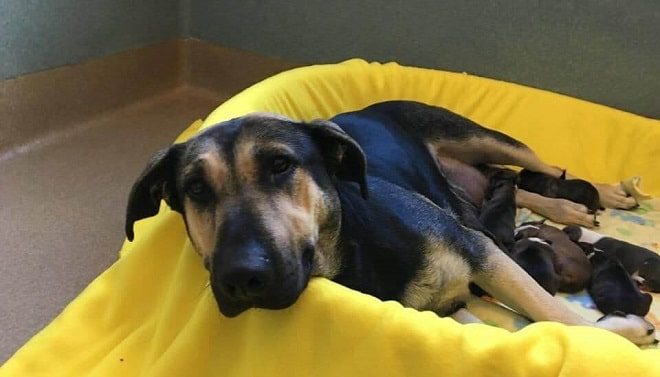 This sad story happened to a sweet and kind dog named Mom. She got such a name for a reason: the abandoned pet was waiting for puppies … Obviously, the owner’s plans did not include raising several more dogs, so he decided to get rid of the pregnant pet. 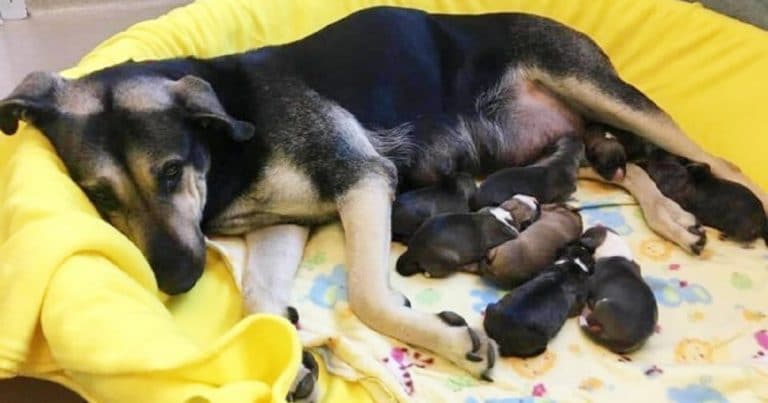 So, the poor animal ended up in a stuffy box, thrown to the mercy of fate …

Somehow, she was found by kind people who reported about the dog to the Paw Prints in the Sand Animal Rescue shelter. In turn, the founder of the organization, Kelly Reeves, found out about her. By that time, the rescued dog had managed to give birth to 8 wonderful puppies, and now the helpless crumbs were busy with the four-legged mother. Kelly received a message that the orphan needs help since everything in her fate is uncertain … 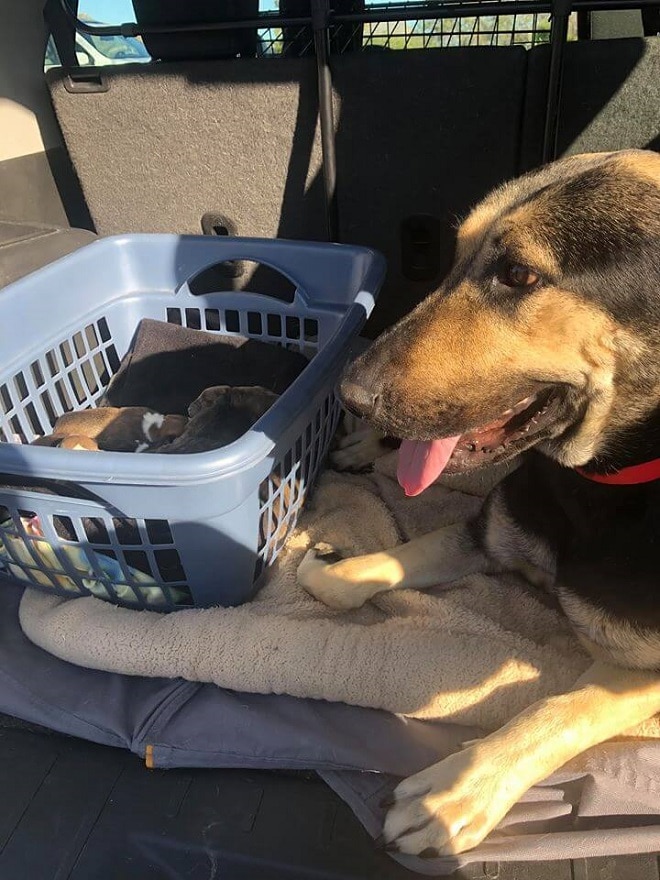 Of course, the volunteer hurried to where the mother of many puppies was. When she saw the dog, she was amazed at how kind the pet was. She did not growl and did not get angry when Kelly took the puppies in her arms, completely trusting her new friend. In turn, Reeves made sure that the people who wrote the message did not deceive her: the dog really turned out to be affectionate, loving, and even a little shy.

After thinking a little, Kelly decided that she would not leave her Mom and her babies in the shelter, but would take them to her home for temporary maintenance. She wanted the pet to be able to take care of the children in a calm environment, and not listen to the growling of dogs nearby and not be afraid if the animals start whining and barking 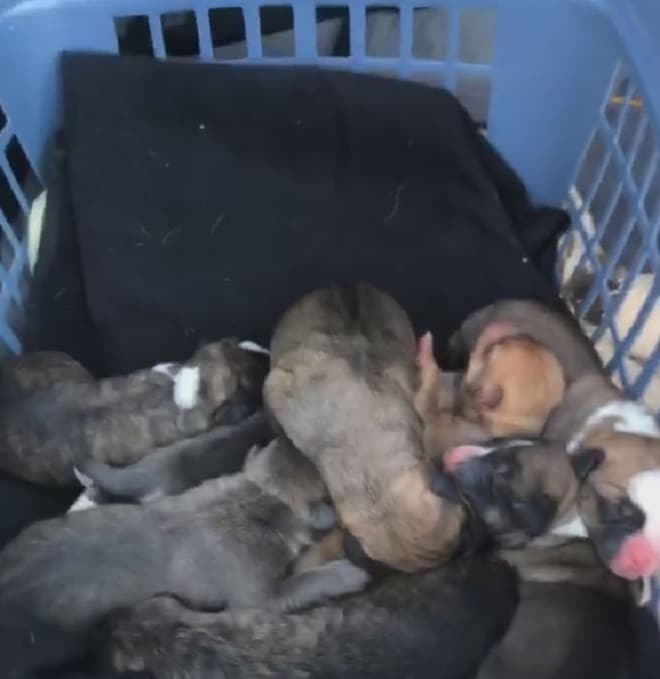 .So, Mom ended up in Kelly’s house and now she feels really happy. She is taken care of and her puppies are completely safe. The volunteer gave her a separate place where the dog lies with its crumbs. Her clean and comfortable bed will surely give her comfort, so Mama has grateful eyes. They seem to say: « Thank you for saving! »

So far, the dog and her tiny babies live with Kelly, but over time they will definitely find a permanent home, where the babies will be gladly taken by kind people! 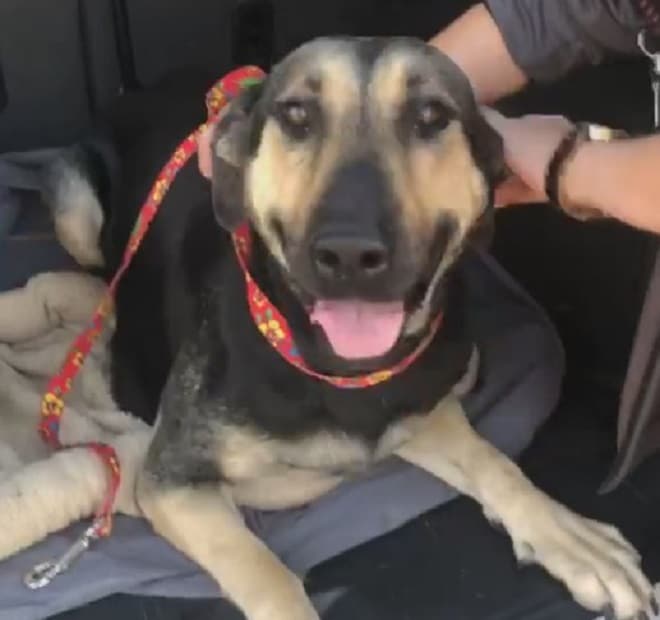 Well, we are sincerely glad that Mom was saved, despite the evil intentions of the former owner, and now everything will be fine with her!