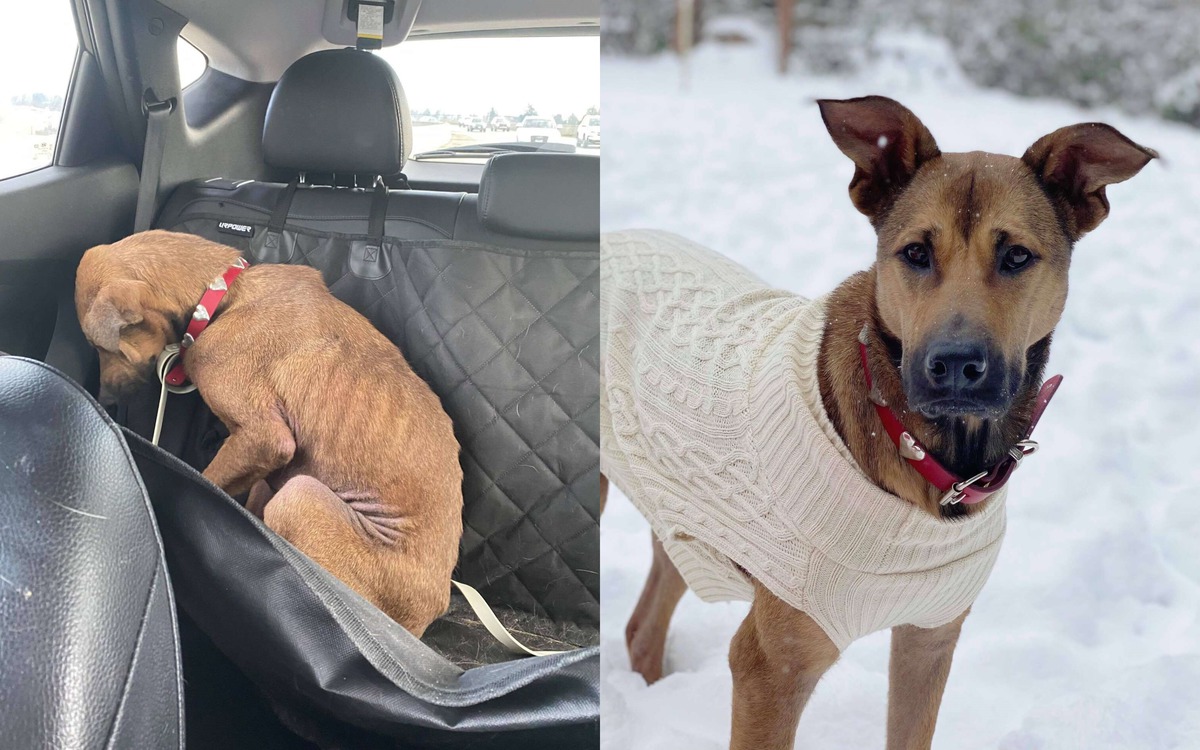 Chelsea saw a picture of the dog on the Internet in time, because it was going to be put down in just two days. It was exhausted and with a bouquet of diseases because the shelter staff did not think that the animal would survive and someone would want to take it for themselves.

But when the girl saw the photo of poor Clementine, she immediately realized that she had to save it and make it happy. Chelsea has applied for »adoption ».

« One of the employees of the shelter was so shocked that we were interested in this dog that she even started crying. She told us that in recent weeks they have received many adoption applications, but among them, there was not one for Clementine, «  Chelsea shared.

Another employee of the shelter warned the possible owner that Clementine treats people with distrust and fear, so it will be very difficult to establish contact with it. However, Chelsea was not afraid of any difficulties, she really wanted to help the dog. Seeing Clementine for the first time, the girl immediately realized that the dog had never known love and care. 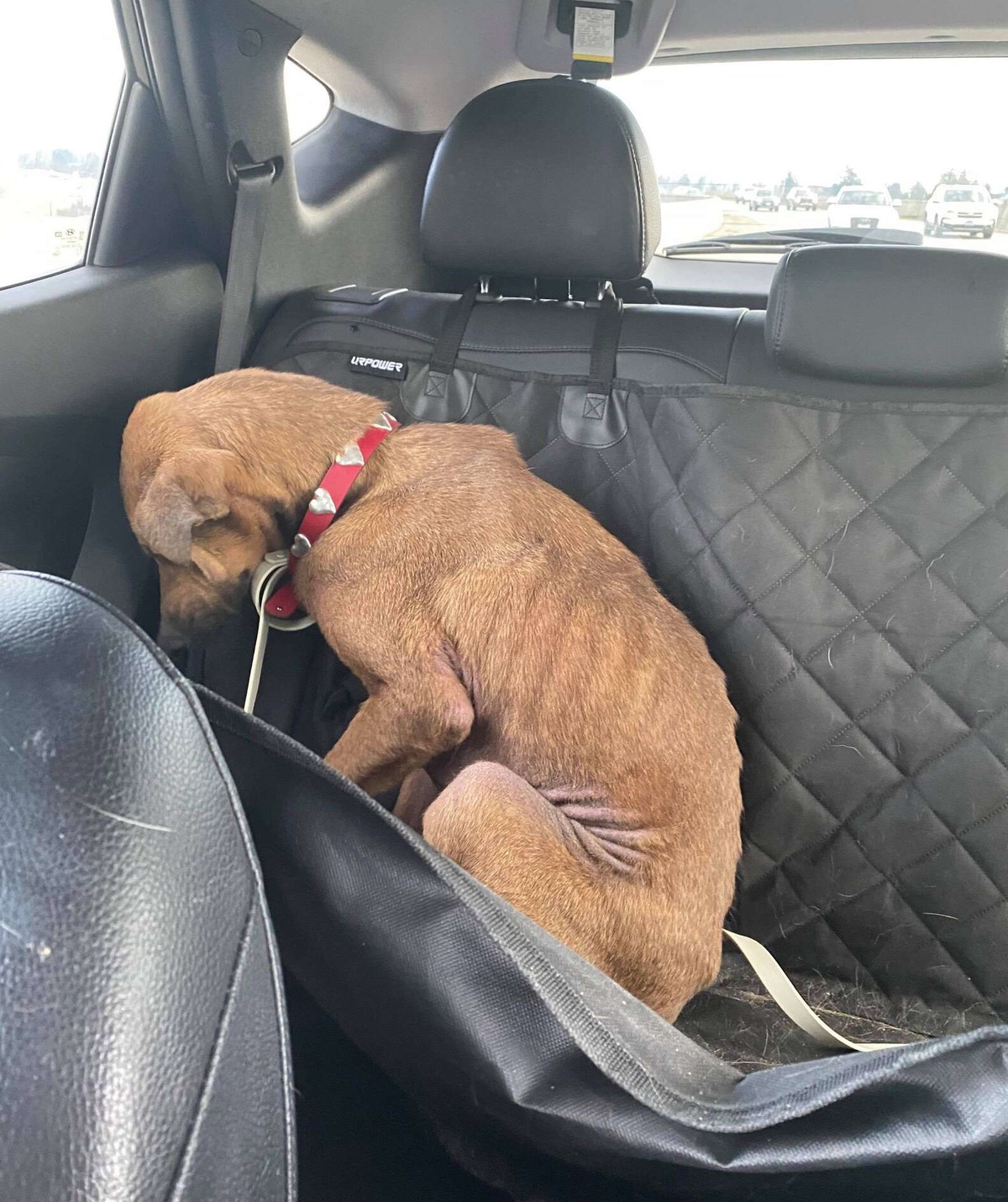 « The pet was afraid of all people and tried not to look at anyone. When Clementine found itself at our house, it was constantly trembling, hiding behind furniture, and sat for many months, turning its face to the wall. There was an emptiness in its gaze, it never looked at our faces and every time it bowed its head when we approached it, « says the owner of Clementine. 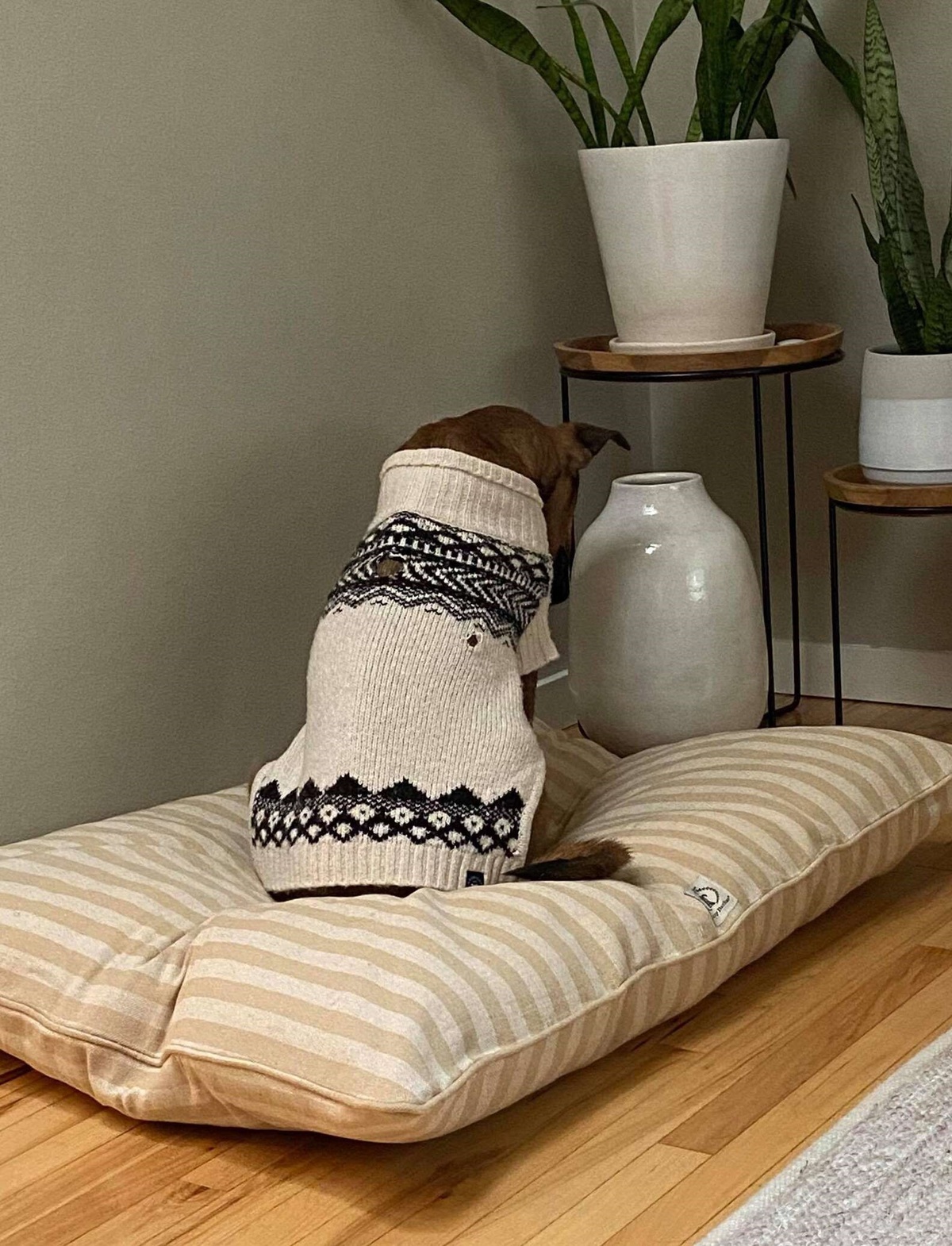 Clementine trusted only other dogs that lived in the family. It spent a lot of time with them, playing and running around the yard. It was then that Chelsea saw that the pet could be happy.

Clementine was regularly taken to the veterinarian and treated for several months for diseases. This gave the result – the dog stopped shaking and felt much better. Once it even looked into the eyes of its owners. And seven months later, it was looking at its bipedal parents with affection, love, and trust. 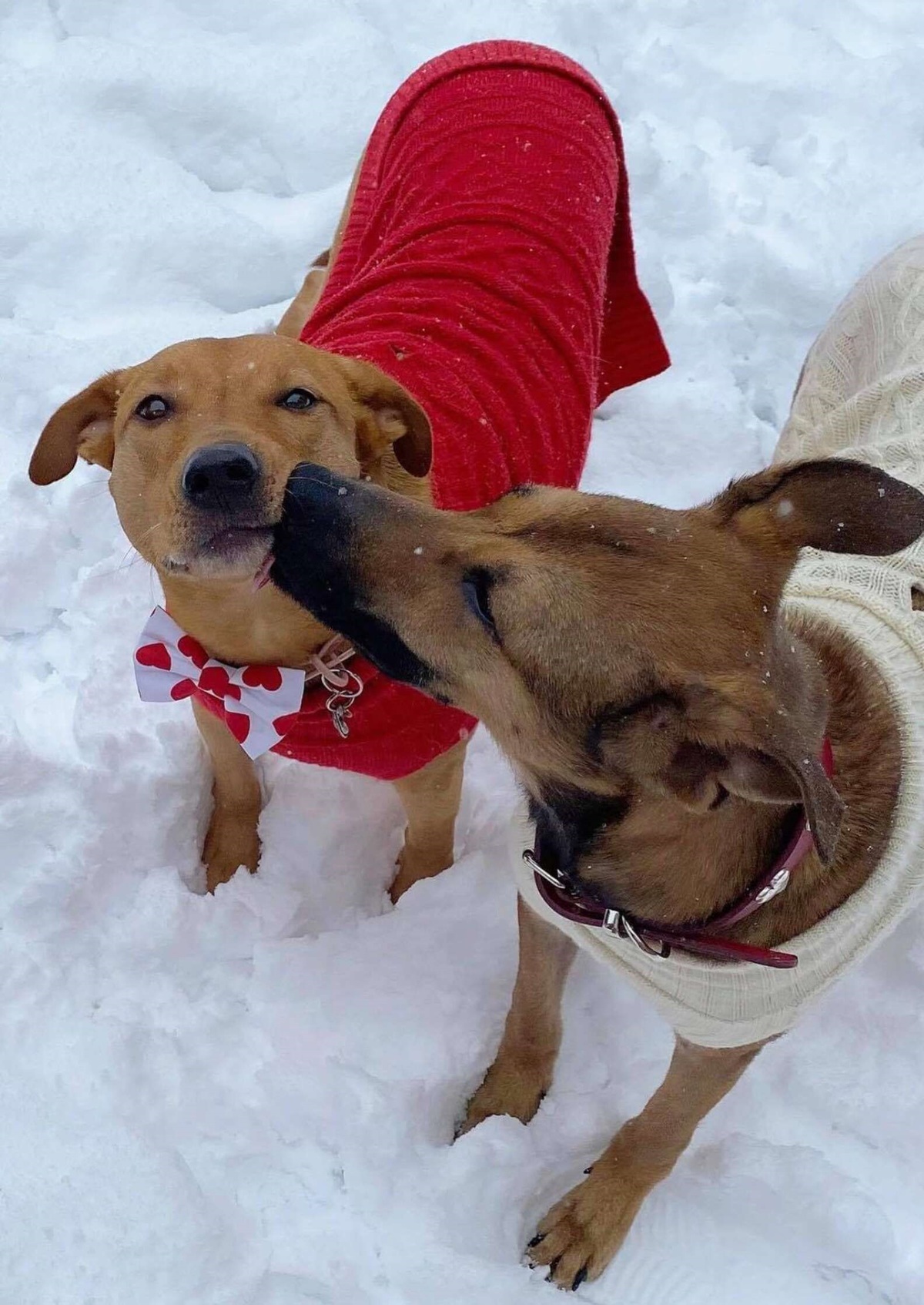 « Now Clementine looks us in the eye all the time when we stroke it. And it listens to us very carefully when we say something to it. But it is still wary of strangers and sometimes even scares us if we move too fast and approach it from behind. However, it has already changed a lot, compared to the one that was before, « says Chelsea.

Now the dog has changed not only externally, but also internally. It became curious and playful, like a puppy. But the most important thing is that Clementine feels safe. It has completely trusted its owners and loves them. It really likes to lie near their feet and substitute its tummy to be stroked.

« Clementine turned out to be a very affectionate and sweet dog. It just wanted to be loved and it loved in return. It is very loyal to us, ready to protect from everything in the world and goes everywhere behind us, « says the owner of Clementine.