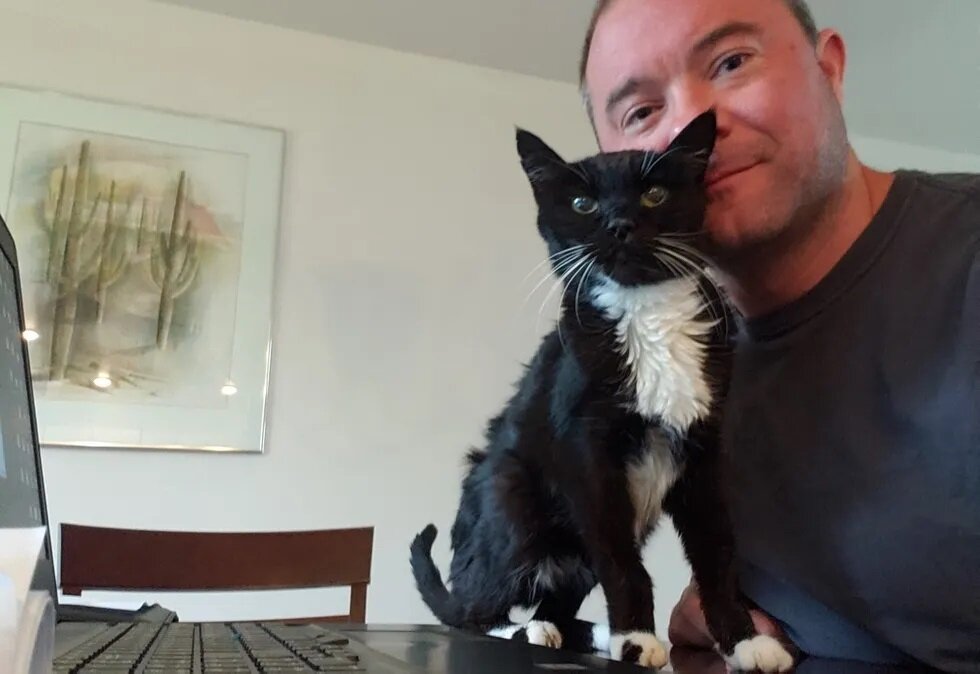 The owners got tired of messing with the Tuxedo cat, so he was taken to the shelter as unnecessary. Maybe it’s not bad that at least they didn’t throw it out on the street?

The staff just sighed, such old animals are rarely taken from the shelter. Who needs an 18-year-old cat? Some expenses for a veterinarian.

But the order is the order, the Tuxedo was accepted, an ad was placed about it on social networks, and suddenly there was someone who wanted to take the old cat. Tim Adams knew what he was doing, he already had an old cat. But Tim decided that a friend would not interfere with them.

A lonely old cat who had lost its owners looked so unhappy that the man decided to save it from a dreary fate. Can’t a cat live out its life in love and care? Tuxedo quickly worked that one out. Pays the owner with love and affection, tends to hold hands, and goes to bed side by side. It has already turned 20, and the cat still wants to live. Such are the miracles that love creates.