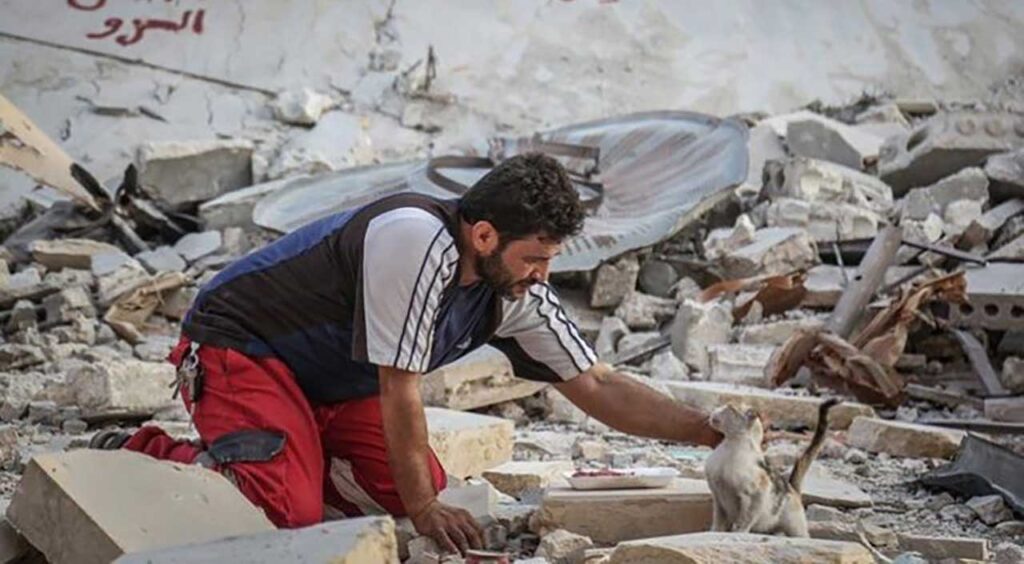 For several months, Mohammad Alaa Aljalil traveled to Kafr Nabl, a Syrian city recently hit by an airstrike, with one goal: to rescue abandoned cats. 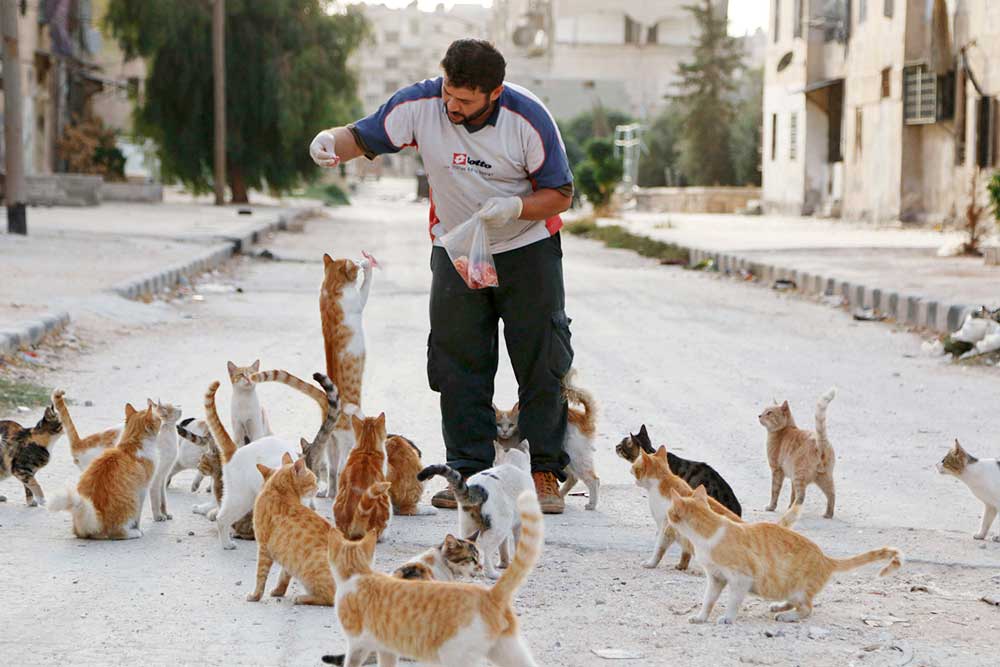 Before the shelling began, many residents were able to escape. Unfortunately, some pets were left there.

« It’s not easy to take a pet with you when you need to move quickly and even drag all your things with you, » said a girlfriend of Alaa Aljalil. 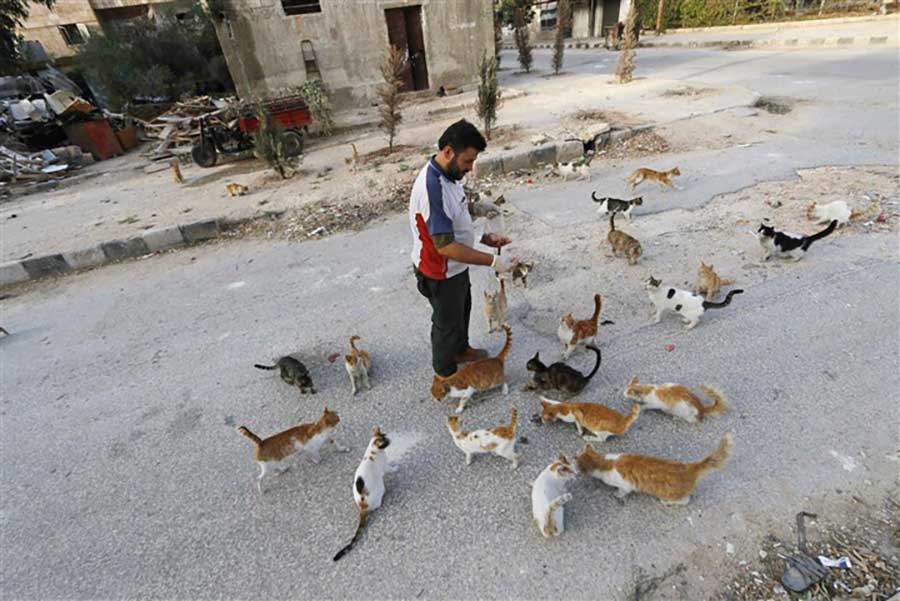 Abidin explained that during the last rescue in Kafr Nabl, the pets joined the wild cats and roam the streets together.

« Some of them have returned, » Alaa Aljali said. « They probably felt that we brought food. They were easy to catch. We set up trap cages with food inside to lure cats in. This is not a quick job. We had to wait nearby to close the cage doors » 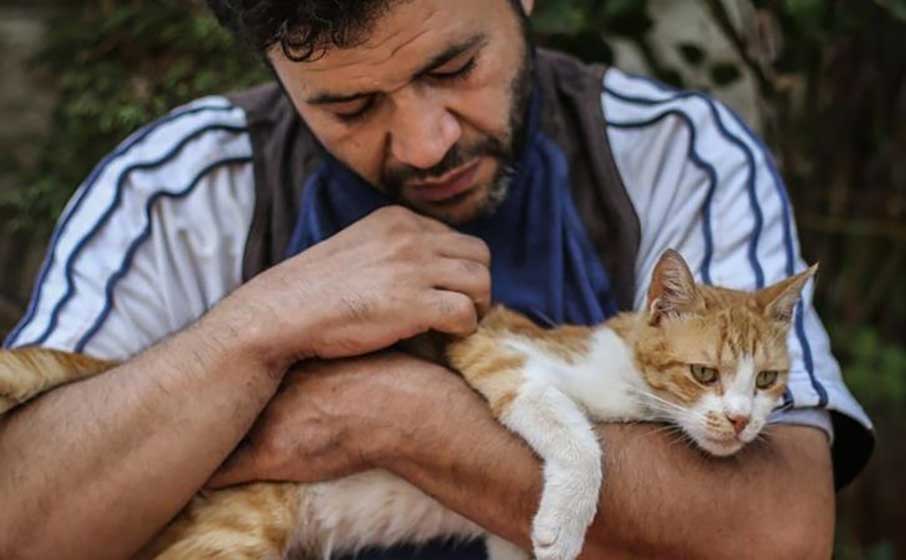 So far, the team has rescued about 83 cats and kittens, which were transferred to the Ernesto Cat House.

« They can have three meals a day, freshwater, and care for everyone at the Ernesto shelter, » Alaa Aljalil said. “They should calm down pretty quickly.” 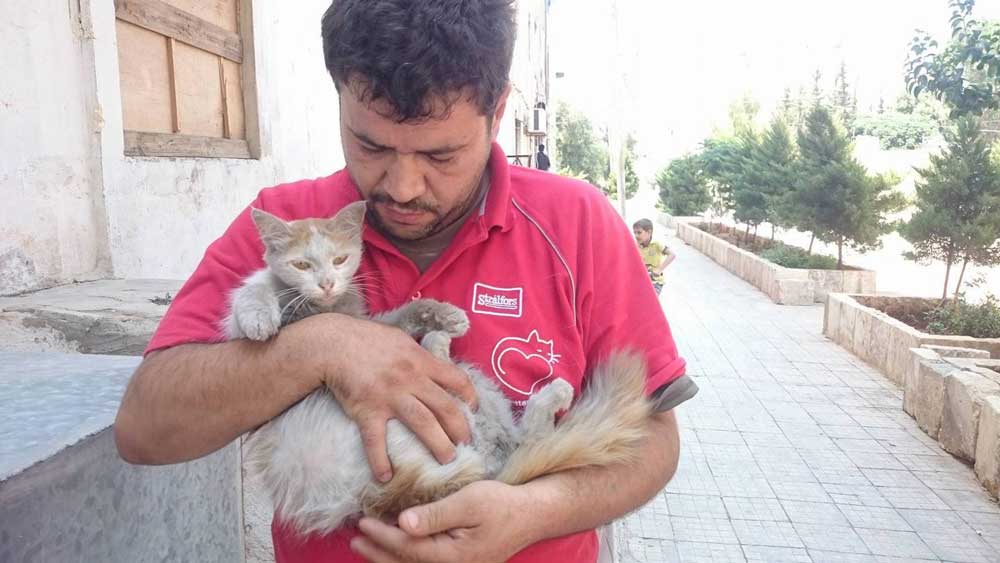 Aljalil and the veterinarian are ready to take the rescued cats to the Ernesto shelter.

According to Aljalil, the team will return to Kafr Nabl every day to save more cats, despite the danger. This is not the first time that Aljalil has risked his life for the sake of animals. In 2016, Aljalil, when he worked as an ambulance driver, became famous for staying in the Syrian war zone to feed and rescue abandoned cats. The following year, Aljalil opened an official shelter for cats so that they could have a home again. He named this cat house the Ernesto Shelter, which he named after his own cat Ernest. 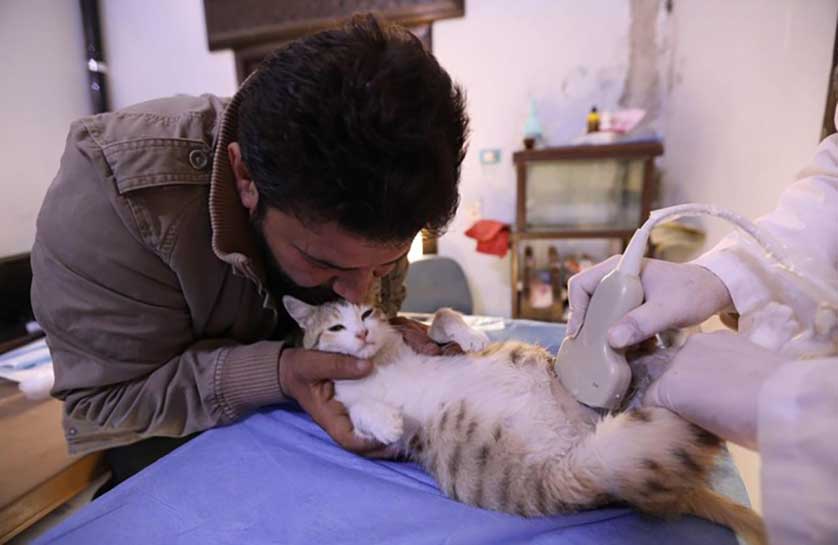 It wasn’t easy. In November 2017, Ernesto’s cat house was destroyed as a result of the conflict. Aljalil and Ernesto had to flee to Turkey, but soon they returned to Syria to reopen the shelter at a new location in Aleppo. 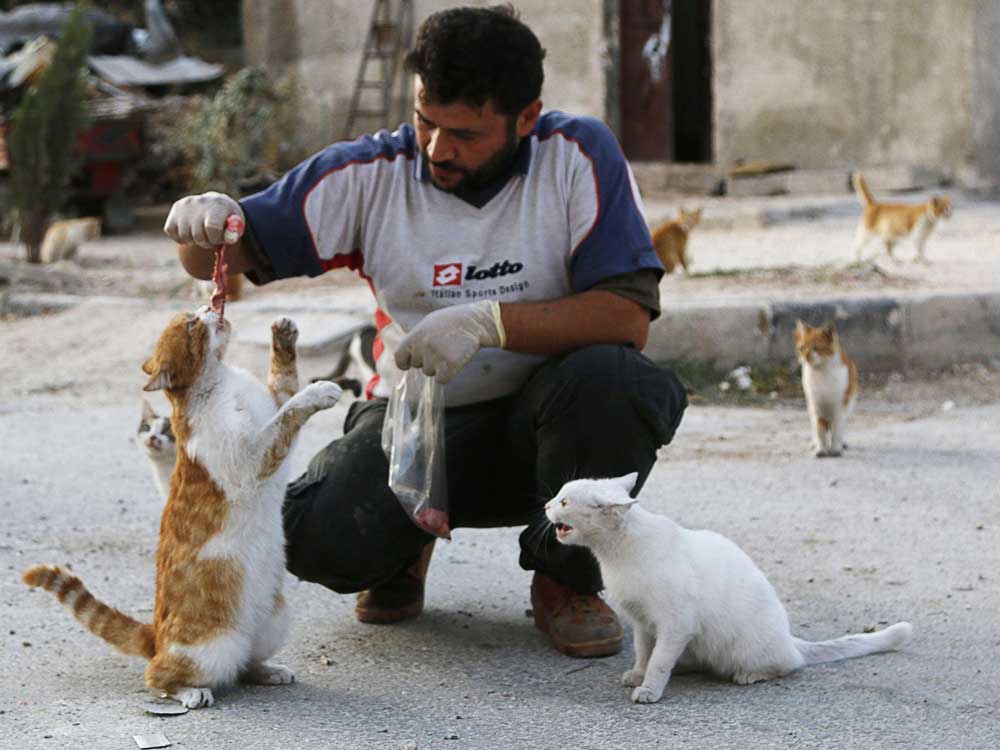 Since then, Aljalil and the team of animal lovers have worked tirelessly to help as many cats as possible, as well as dogs, horses, rabbits, and other animals.