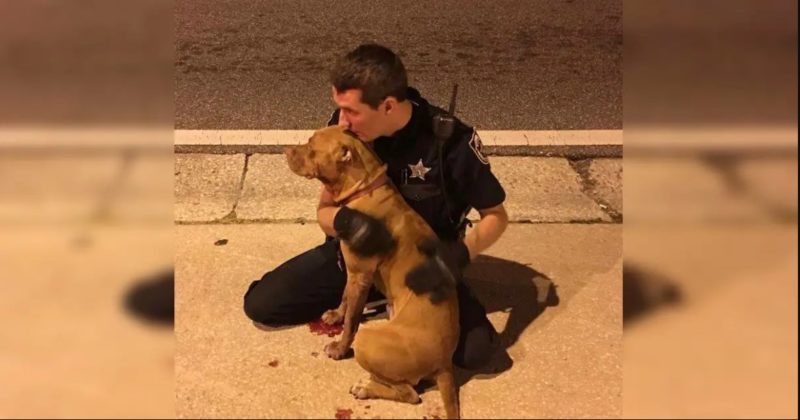 It was 4: 30 in the morning, and it was still dark outside when Patrick Hennessy discovered an unexpected sight in the middle of a dangerous and busy road. 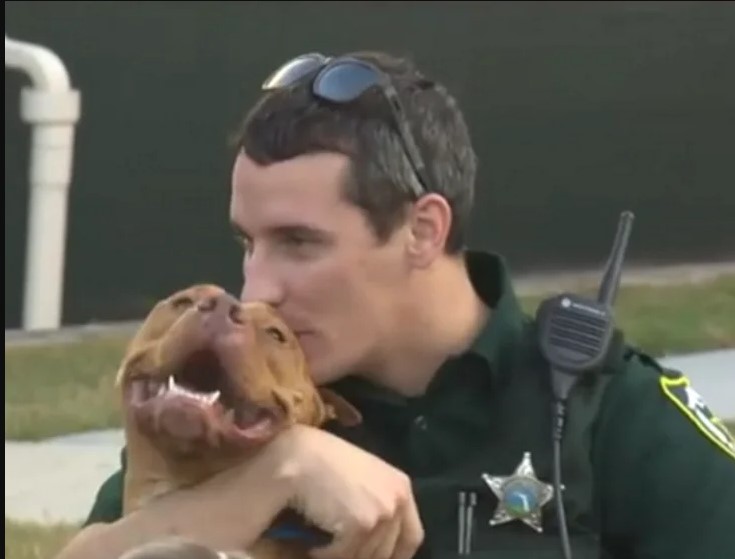 At first, he couldn’t make out what kind of strange two shadows were moving in the dark, but as he got closer, it became clear that they were actually two pit bulls that needed care!
Patrick called the police. 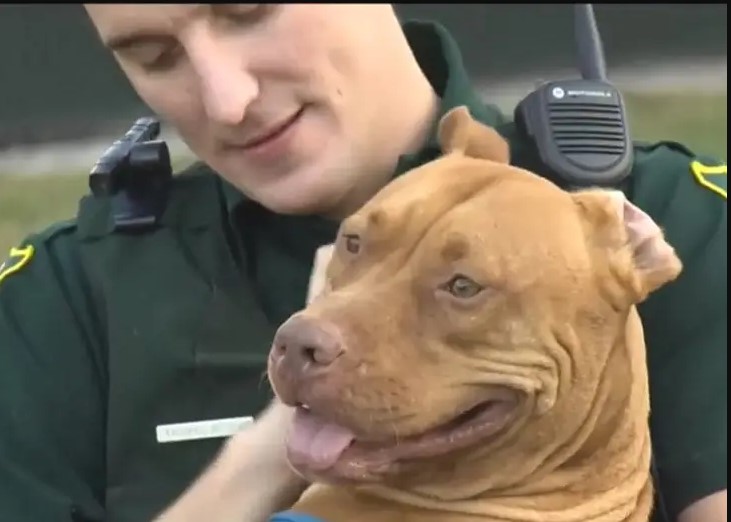 Тwo officers arrived at the place. When one of them stretched out his hand to the puppy, it suddenly rushed to him, and quickly settled on his lap. How do you like such a bold surprise?
It was obvious that these two cute dogs were nervous and scared.
Unfortunately, one of the dogs was in pretty bad shape, so police officers Boggs and Reed put gauze on its leg to stop the bleeding. Given where they were found, it was clear that these injuries were the result of a collision with a car. A passerby named Adam took several pictures of the officers as they comforted the frightened puppies and took care of them. 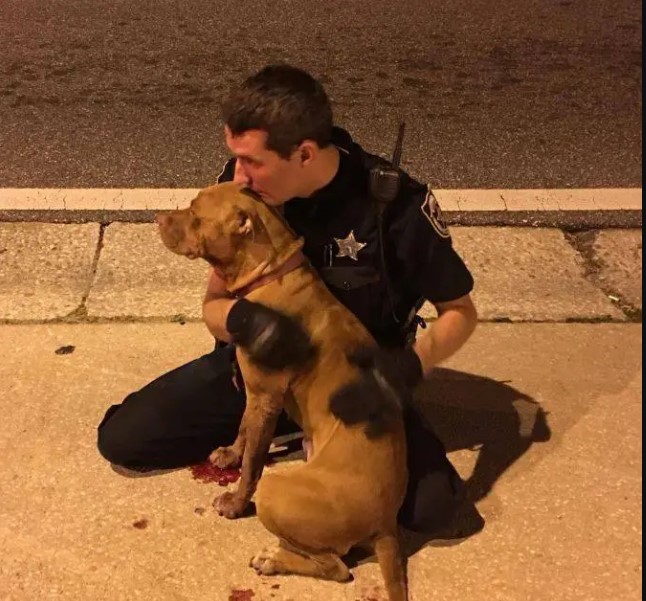 He was impressed by their kindness. The police refused to leave the dogs on the road.
The police remained near the pit bulls until the Animal Protection Service arrived.
The pit bulls were named Freedom and Justice, which is quite logical, given the fact that they were so mercilessly thrown out on the street. 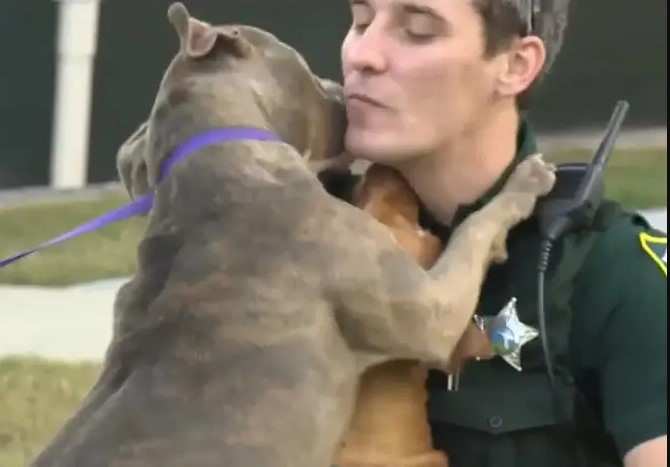 Shortly after they were rescued, the pit bulls were sent to a shelter, the Orange County Animal Service. After that, the police posted.
« We want Justice and Freedom to find a home and a caring family forever. »
0 343 views
Like this post? Please share to your friends: