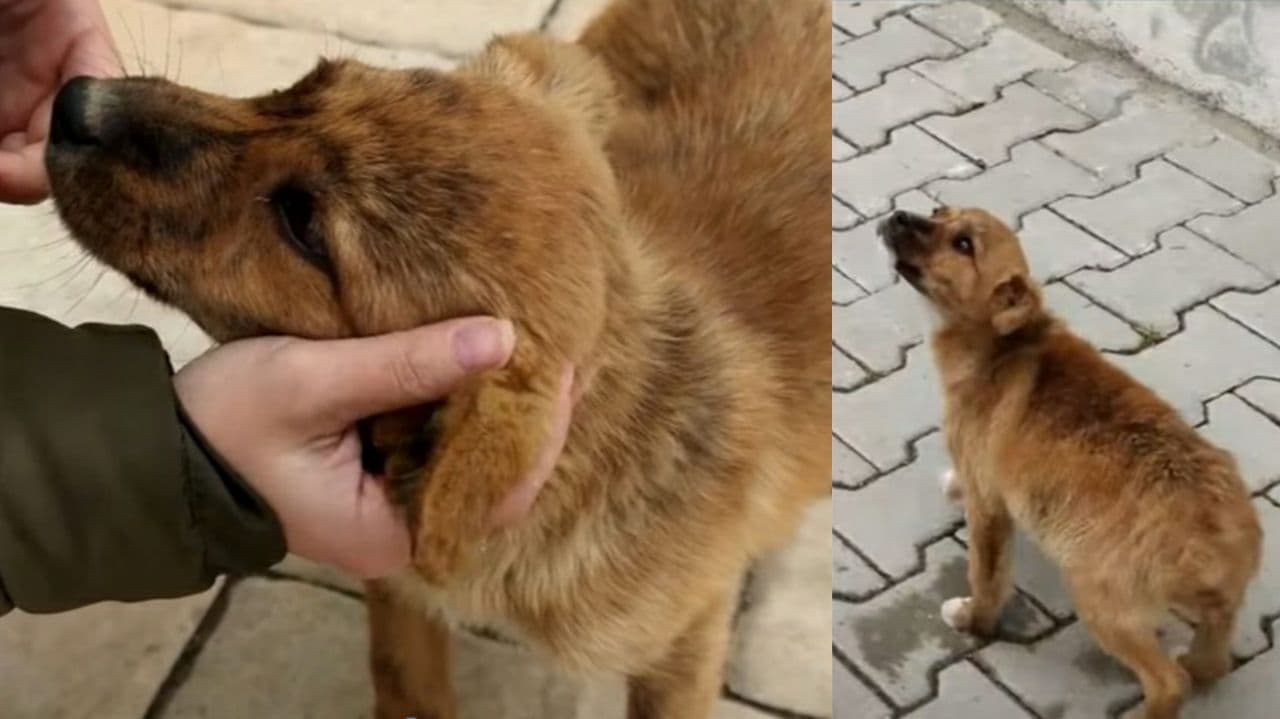 It is impossible to count how many pets are abandoned by their owners around the world every day. Every year, their number reaches millions, and shelters can no longer accept them all.

In addition, it is very shocking that the number of abandoned animals exceeds the number of homeless pets placed in animal shelters.

The streets of Bulgaria are filled with homeless and abandoned animals

There are a lot of stray animals on the streets, and it seems that the problem has not been solved. Despite the fact that there are some animal rescue organizations and animal shelters that help solve this problem, it is almost impossible to help them all.

Desperate to find a better home, this puppy started asking strangers to take him to their home.

On one of the streets of Bulgaria, a couple named Stoyan and Dessie met a poor
abandoned puppy who approached them. They were just walking with food to their home when this puppy became interested in them.

The puppy looked friendly, and they, without hesitation, extended their hand to him. After stroking the baby, they left the puppy a few sausages in case he was hungry.

However, they noticed that the little puppy started following them.

The couple was probably heading to the store, but the puppy decided to follow them. The puppy was so persistent that no matter how much they walked or tried to get rid of him, he continued to chase them. The poor puppy walked quite a long distance with them and was clearly desperately trying to beg them for help.

After walking such a long distance, the dog managed to follow the couple to their house. Stoyan and Dessie could not refuse the pleading look of the puppy, and they warmly welcomed him into their home.

The puppy quickly got used to the new house

Although the puppy was hesitant to enter at first, as soon as he entered, a new chapter in his life began.

The couple fed him, helped quench his thirst, and even washed off all the dirt that had accumulated from him in a warm bathroom.

At the end of the day, the exhausted puppy fell to the floor and snored. Nothing more to worry about, the puppy slept soundly.

This is not the first time that Stoyan and Dessie have helped abandoned animals.

Since the local authorities are not taking any serious action regarding this main problem and despite the lack of an animal shelter, Stoyan and Dessie continue to do everything possible to help the animals and find the perfect home for them.

There is no limit to their kindness. Currently, they are caring for four cats that were rescued from the streets, but brought home another lost one, and decided to take care of it properly. Surely they will also be able to find someone who will adopt this poor puppy.

Helping animals will bring them closer to their dream.

They were able to do this thanks to the people who supported them through donations and subscriptions to their YouTube channel.

The couple dreams of building an animal shelter in the future so that they can take care of more animals. We hope that we will be able to see how they turn their dreams into reality.

Watch the cute video of the puppy below!