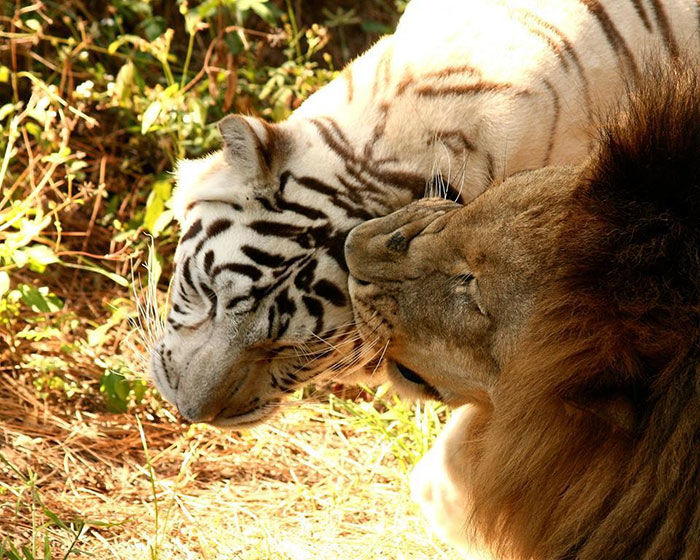 The life of this lion named Cameron and his white tigress Zebu has always been difficult. They were born at a zoo in New England in 2000. This lion and tigress lived in the zoo to produce ligers (a hybrid cross between a lion and a tiger). Zebu had genetic defects due to crossbreeding, and Cameron weighed less than the norm by 90 kilograms. Fortunately, they were rescued in 2004. 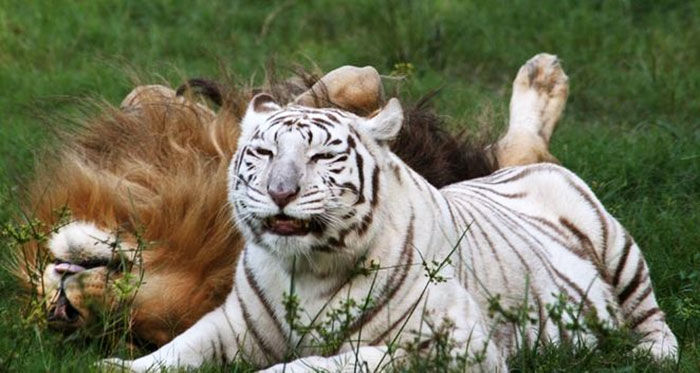 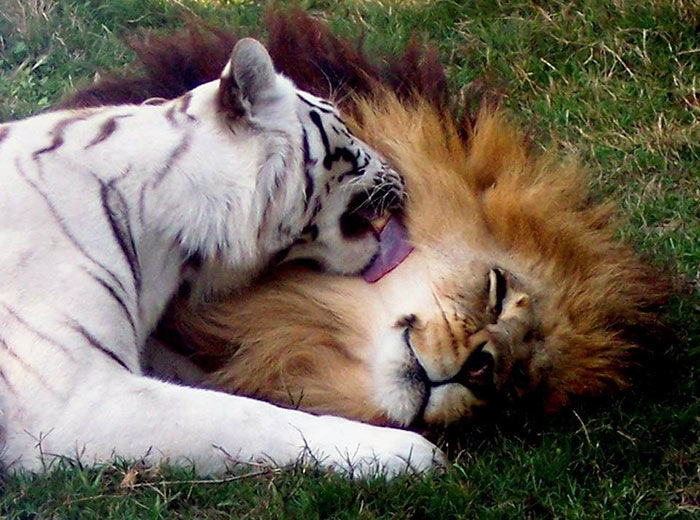 « When Zebu and Cameron were rescued, we built a large building for them, since they are always together, » writes the Florida branch of Big Cat Rescue. However, Cameron was jealous of Zebu and became a threat to the caretakers, and it was decided to sterilize him (Zebu was also sterilized.) Unfortunately, Cameron has lost a magnificent mane. 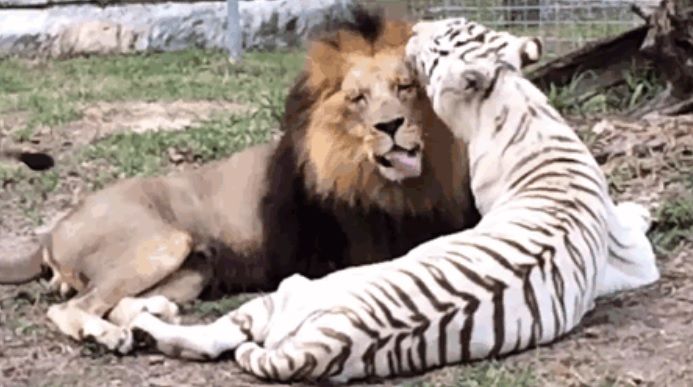 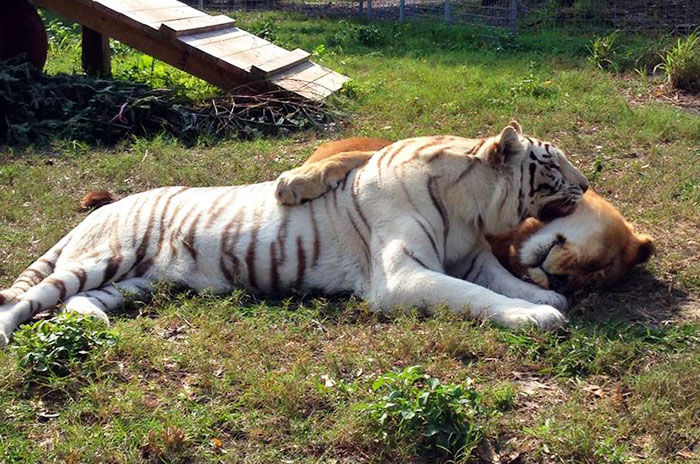 « Cameron’s mood has improved, and he is even more comfortable in the conditions of a hot Florida summer without a mane. He has even become more playful because he is no longer worried. » The couple lives together to this day. 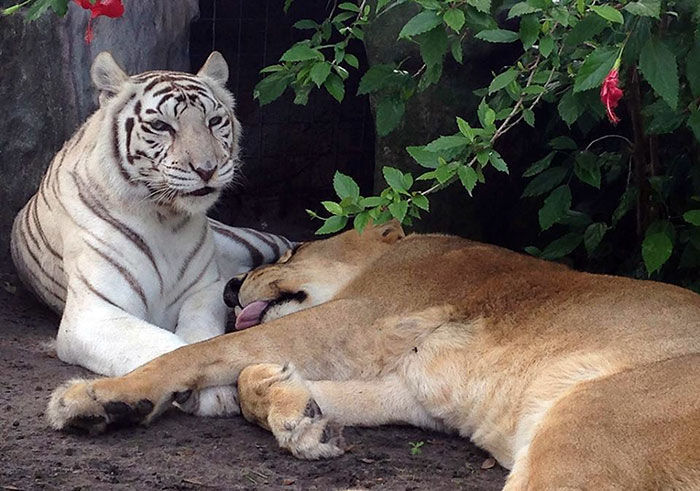 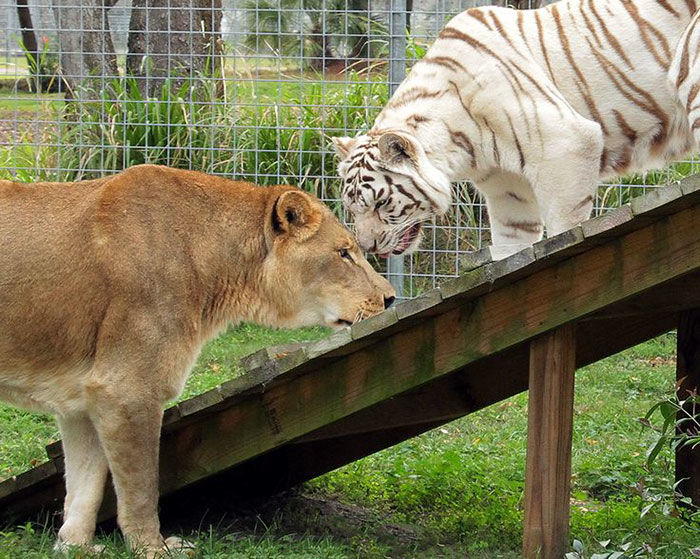