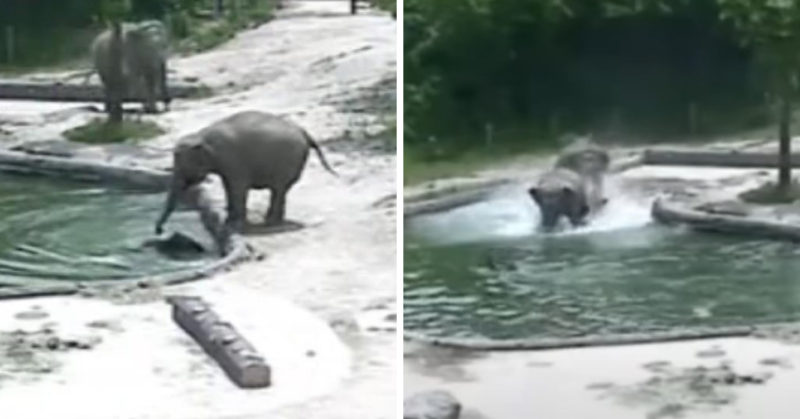 Elephants are very sensitive and intelligent creatures. Despite their huge size, they are very gentle, caring, and extremely attentive to each other.

They have a special and close connection with each other. 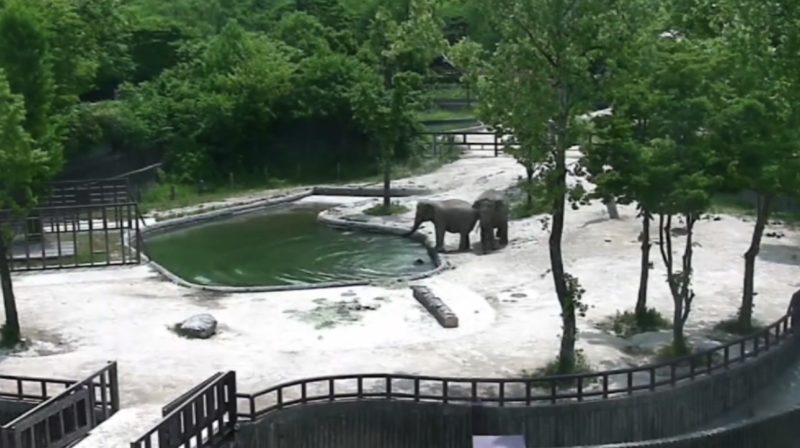 Elephant parents are caring and loyal. They never leave their babies in trouble. They are ready for self-sacrifice, if necessary. And these shots are vivid proof of the selfless act of two female elephants.

A short video was recorded on the CCTV camera of the Seoul Grand Park Zoo, which shows how two elephants rushed to save a drowning baby elephant. 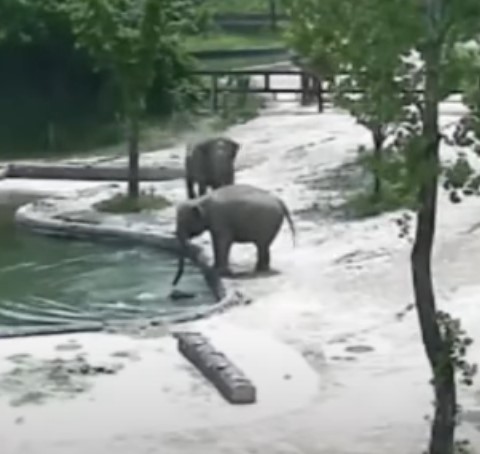 A baby elephant was trying to drink water from the pool but suddenly found himself in the water.

They together run to the entrance of the pool and tried quickly to guide the little elephant to the pond’s entry. Thanks to their teamwork the little creature was safe. 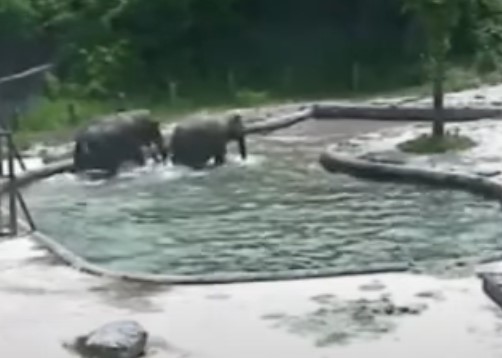 In the footage, there is seen the third elephant, who was behind the fence and was unable to help. The worried elephant walked from one side to another, showing her concern.

Such kind and caring gesture of elephants is very common in elephants’ herds. They build incredible and firm bonds with the members of their families.