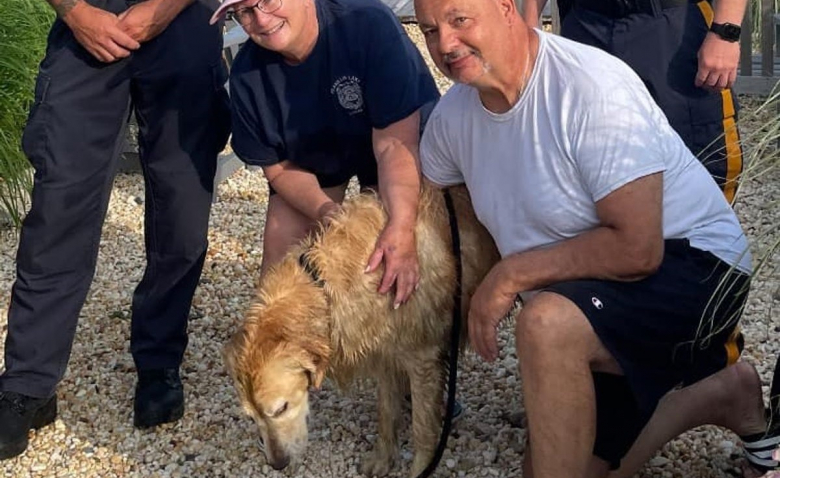 Early in the morning on Tuesday, June 22, two runners saw one golden retriever on the Mantoloking Bridge, in New Jersey. Then they tried to approach the dog to help him, but he got scared and jumped into the water. The runners immediately called for help.

Police officers Ryan Koehler and Vincent Ferdinandi arrived at the scene and launched an inflatable boat. They swam until they reached the four-legged animal, which was about 70 meters from the shore, then they took it and returned it to land. The dog was exhausted and hungry. The police didn’t know yet, but they had just rescued an animal that had been missing for 16 days. His family was desperately looking for him. 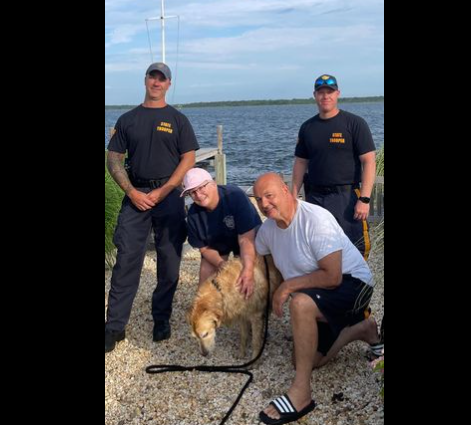 Disappeared in the forest, found in the sea
On June 6, this three-year-old golden retriever named Chunk was playing with his curators, Marie and James Zangara, in the family home, when he allegedly ran away into the woods, scared of something, and has not been seen since.
Zangara was looking for him everywhere. They asked for social networks, the police, the neighborhood. Traps and surveillance cameras were installed. To no avail.
Thus, only thanks to the runners, and then the New Jersey police officers, the dog was finally able to find its owners.
0 257 views
Like this post? Please share to your friends: