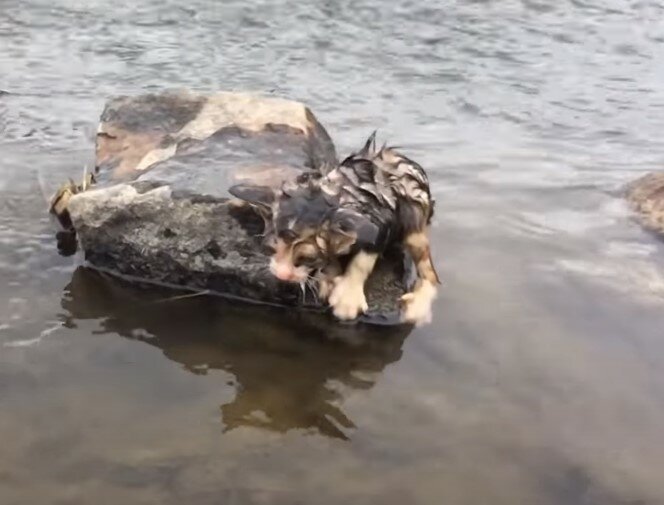 Daria this morning, as usual, was driving to work in her car. It was too early and there were very few cars on the road. Therefore, the girl’s attention was attracted by a car that turned to the river. Daria slowed down and saw that the driver got out of the car, took a box and threw it into the river, and then got into the car and drove away.

Then it occurred to the girl that this is how it is customary in the villages to mop kittens. She immediately called the emergency service. 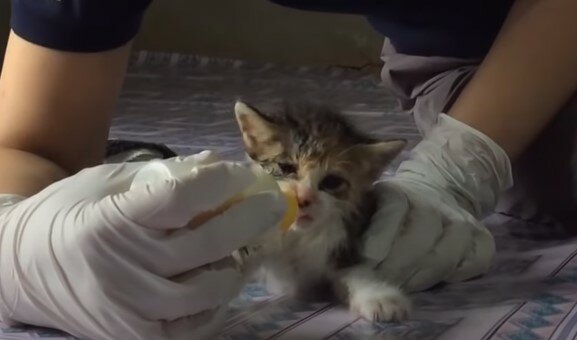 When rescuers arrived, Daria together with them began to explore the river and the banks, but the kittens were nowhere to be seen. And at the last moment, when no one was hoping, plaintive sounds reached the ears of people. They saw that a small wet kitten was sitting on a rock. The other kids were not saved. 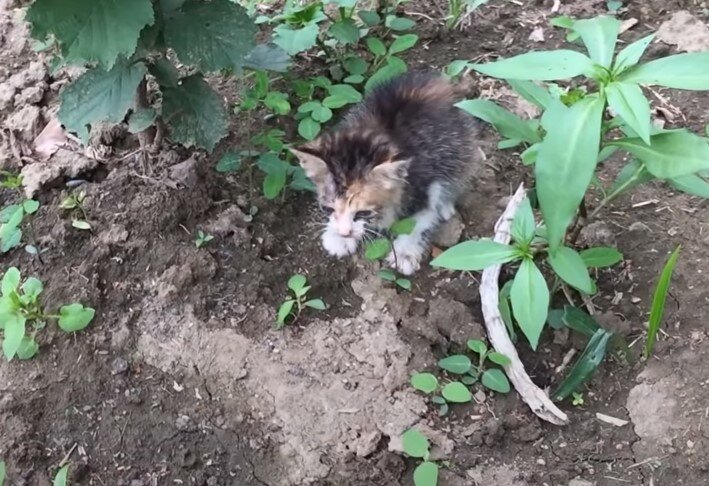 The frightened baby was dried and wrapped in a jacket to keep it warm. After that, the animal was taken to a veterinary clinic. They said that the kitten is completely healthy. Daria decided to take the crumb for herself.