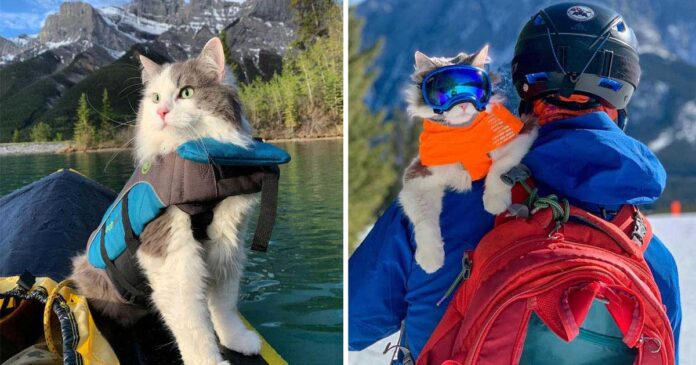 The charming Canadian cat loves to kayak and ski, sitting on his father’s shoulders as a sling.

Cats usually do various things that surprise us, but certainly, a cat that likes to row and ski next to its human father demonstrates the true adventurous spirit of cats.

Gary is a pet cat living in Canmore, Alberta (Canada), who is already recognized by many as very adventurous. Gary can usually be seen wearing ski goggles and a small jacket when he skis with his father on the mountain slopes.

He also went to various frozen lakes, but most of all he likes to row and fall asleep on the bow of the boat. 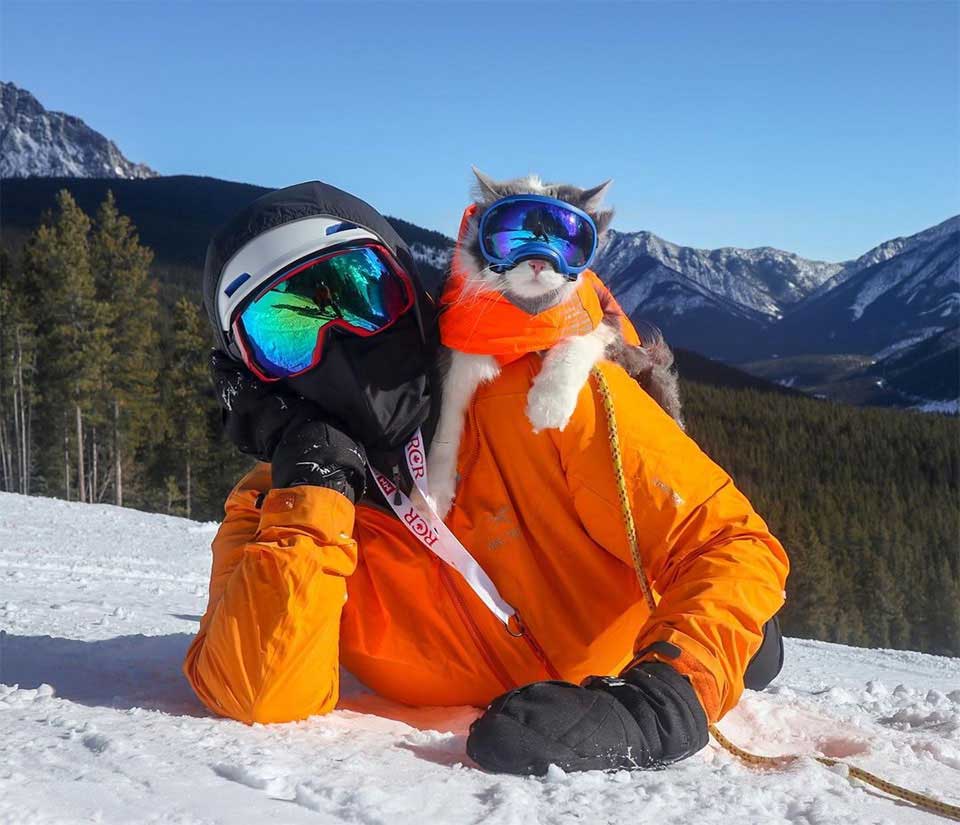 All his adventures were captured by his father James Eastham in photos and videos. The man decided to share them, and now his cat is an Instagram star.

People who have seen him are in awe of Gary’s behavior and quickly become fans of his funny adventures. 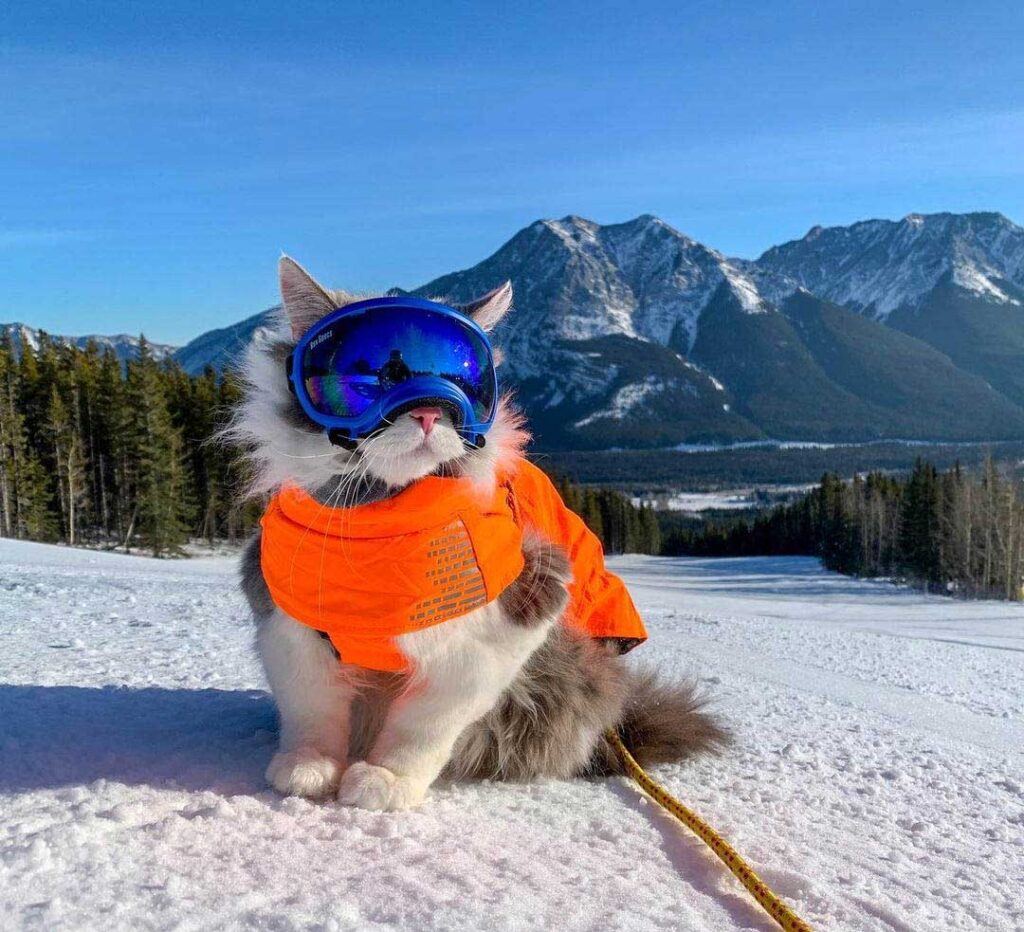 But the life of this beautiful 6-year-old cat was not always perfect, because his current family accepted him into the humane society of Calgary. He has been enjoying life in his new home for the past five and a half years, and since he arrived, he has shown that he wants to be a free cat. 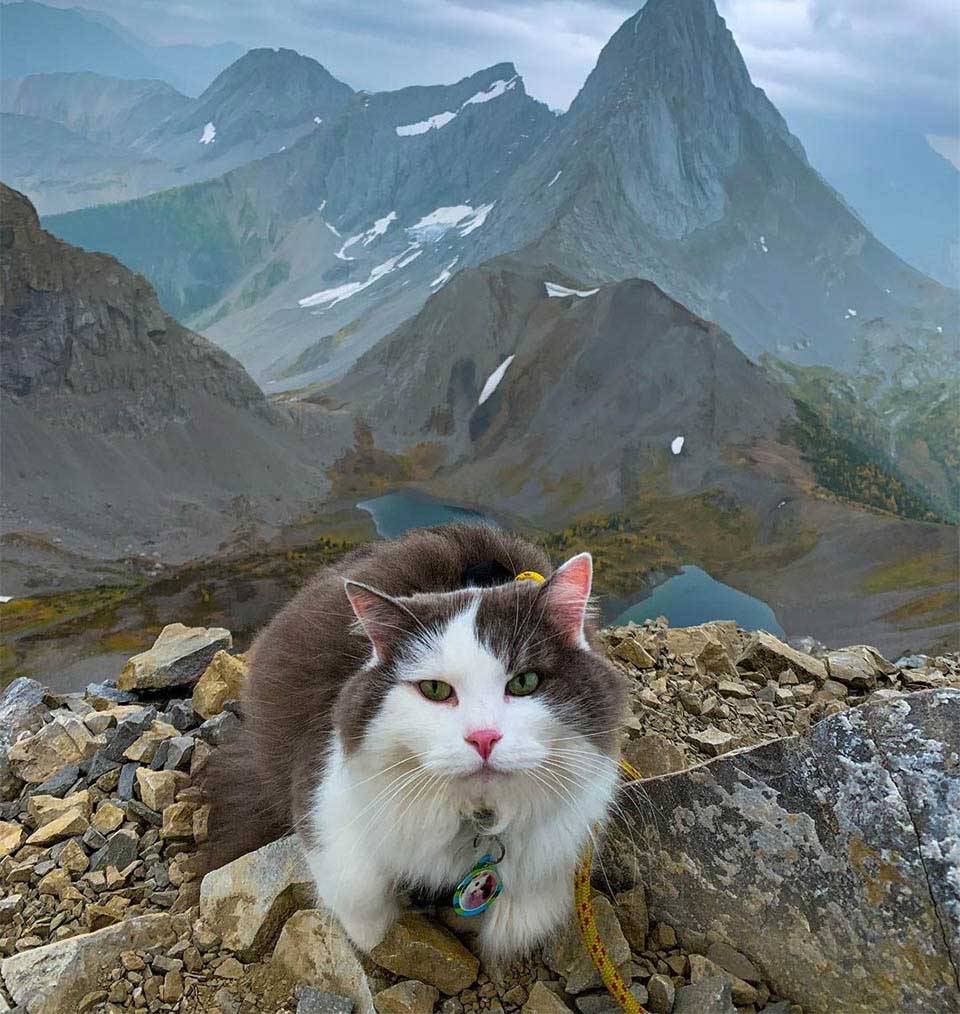 James stated in an interview for The Homestretch :
« Gary tried to escape from our apartment, so we decided that if he wants to walk, he should do it on a leash. » 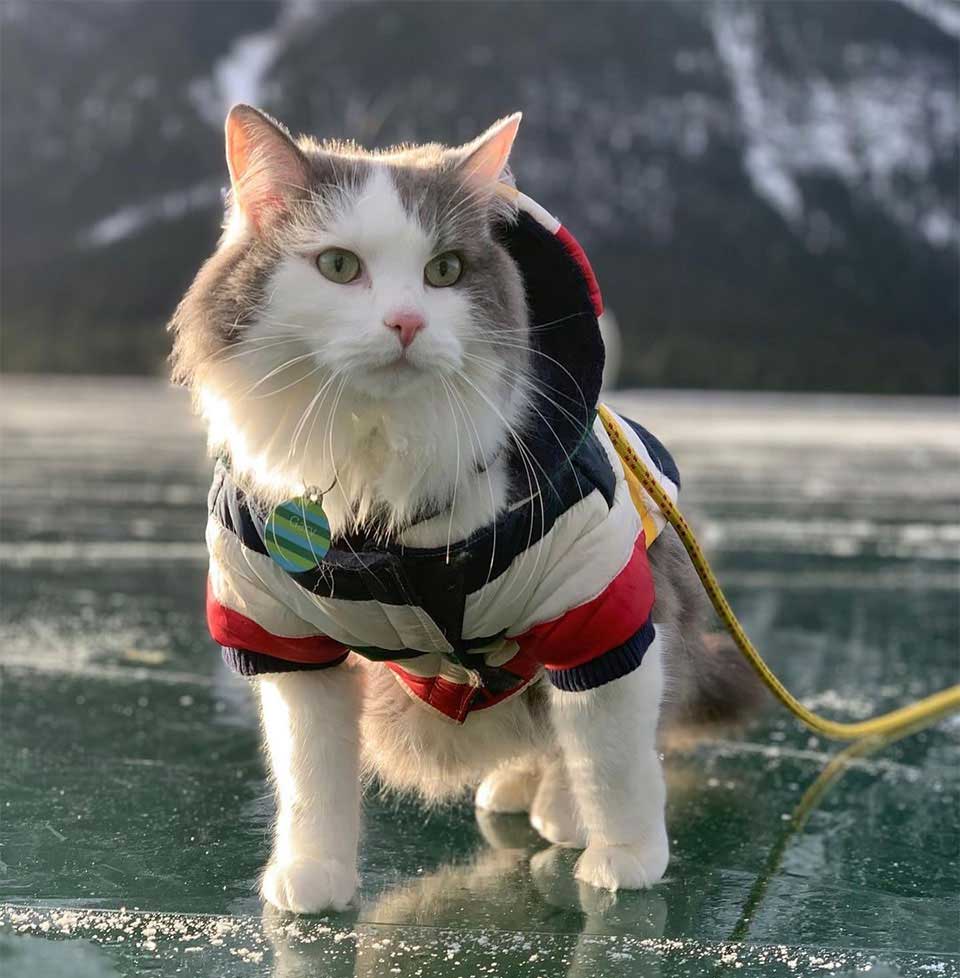 His desire for freedom and thirst for adventure made his family decide to train him to walk on a leash. Gradually, he felt safe, and they began to take longer excursions around his neighborhood. 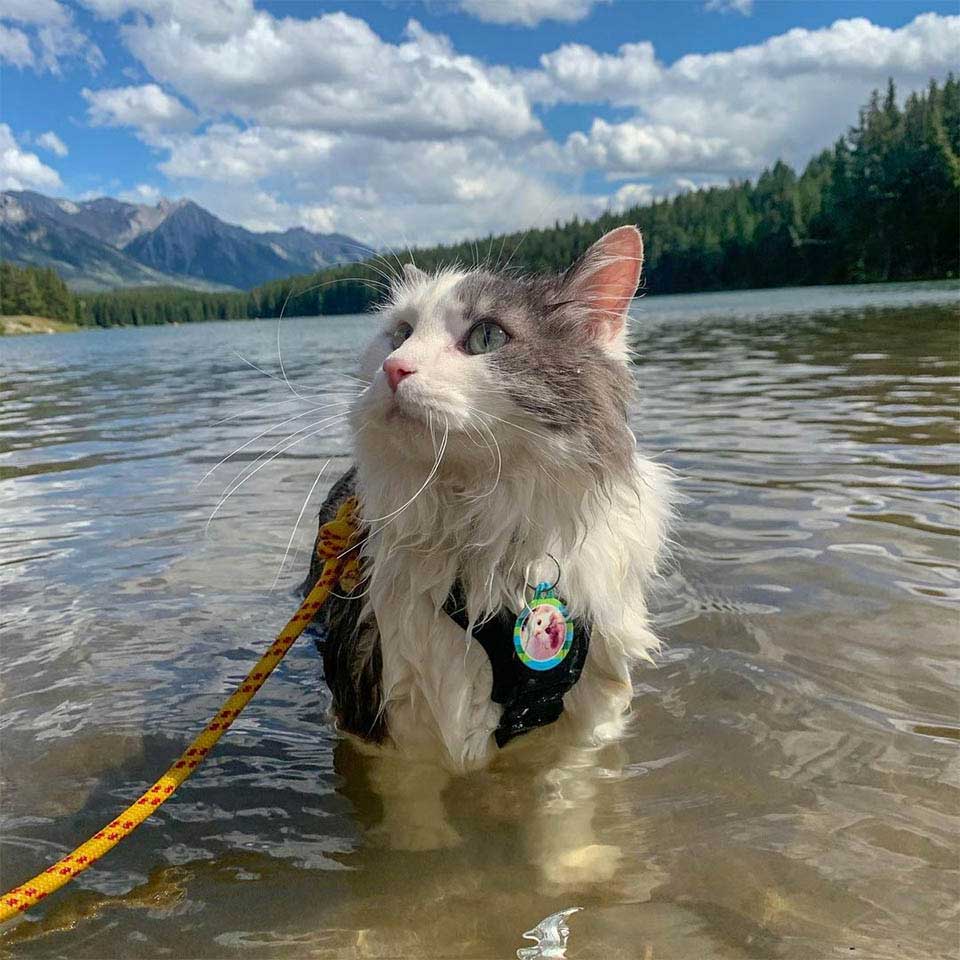 Soon, small hikes turned into one-day expeditions, and they began to take him kayaking and even skiing with them. 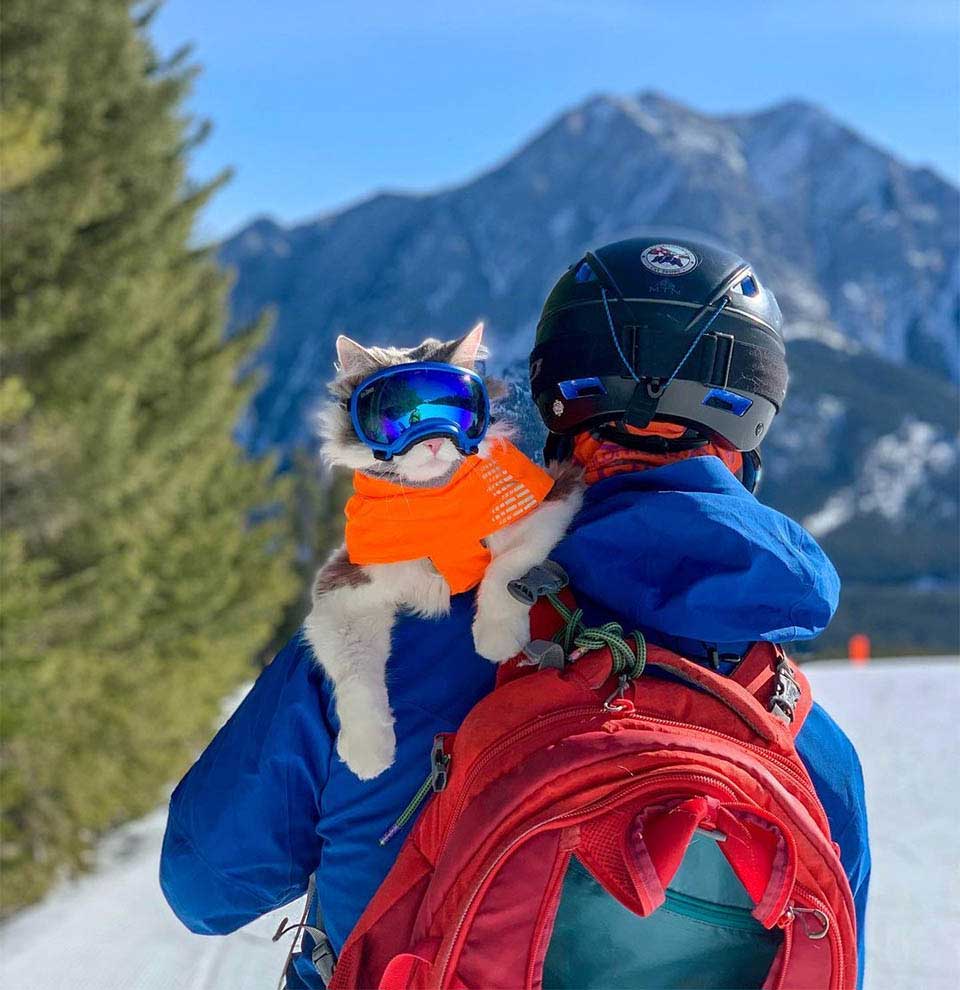 When they go skiing, Gary loves to perch on James’s neck, as if he were a scarf, so he walks through the mountains. But he assures that doing this process is something informal and dangerous, so they prefer to do it by easy roads. 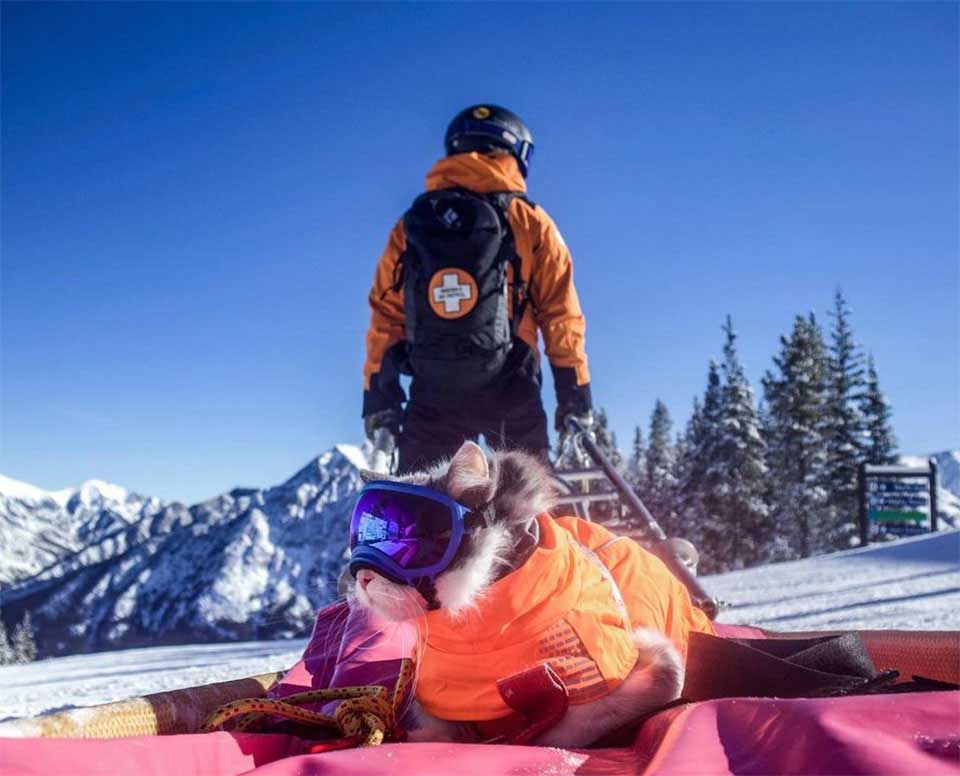 Besides, Gary doesn’t like it when they drive too fast, because the wind gets his fur dirty and hits him hard on his tender face. Although Gary loves all adventures, there is one activity that he prefers more than anything else in the world: kayaking.

James commented :
« Gary’s favorite activity is rowing. He’s sitting right on the bow of my boat ; he’s basking in the sun, and the waves gently rock him so he can sleep. »
Gary already has more than 407,000 followers on Instagram. 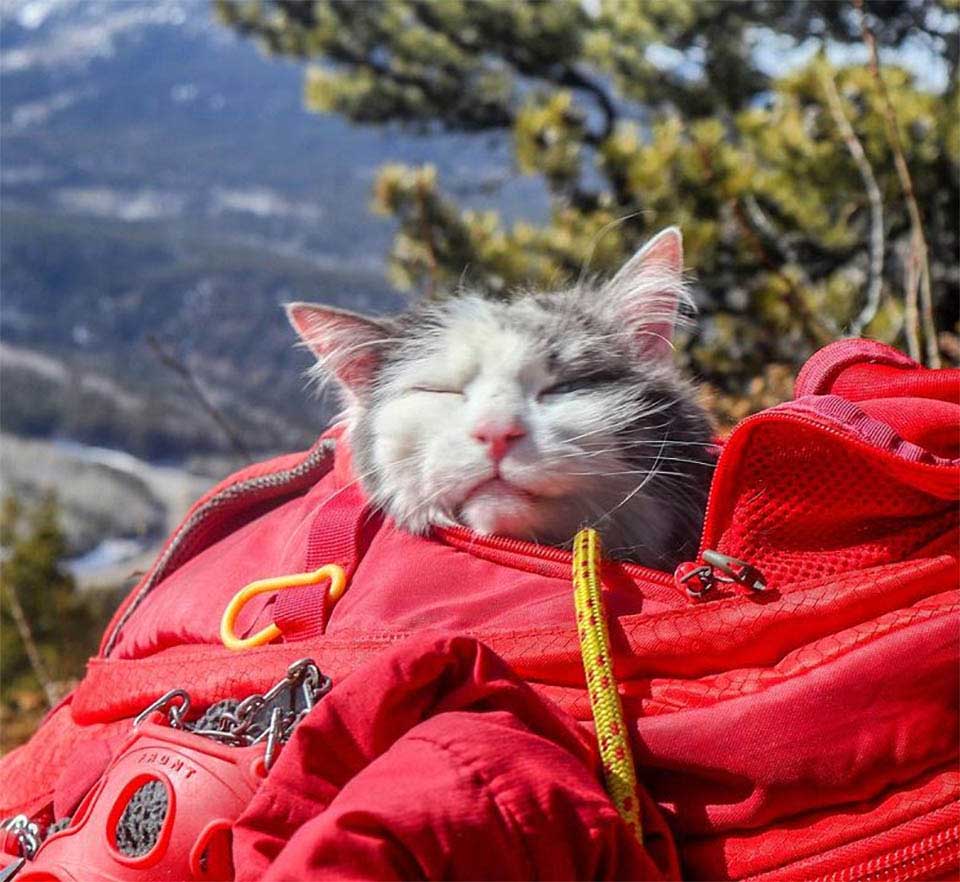 Sometimes a cat travels with his father in a backpack, so the people around him do not recognize him, and he remains unnoticed. But as soon as he sits on James ‘neck, people start saying, » Oh, that’s the cat !” 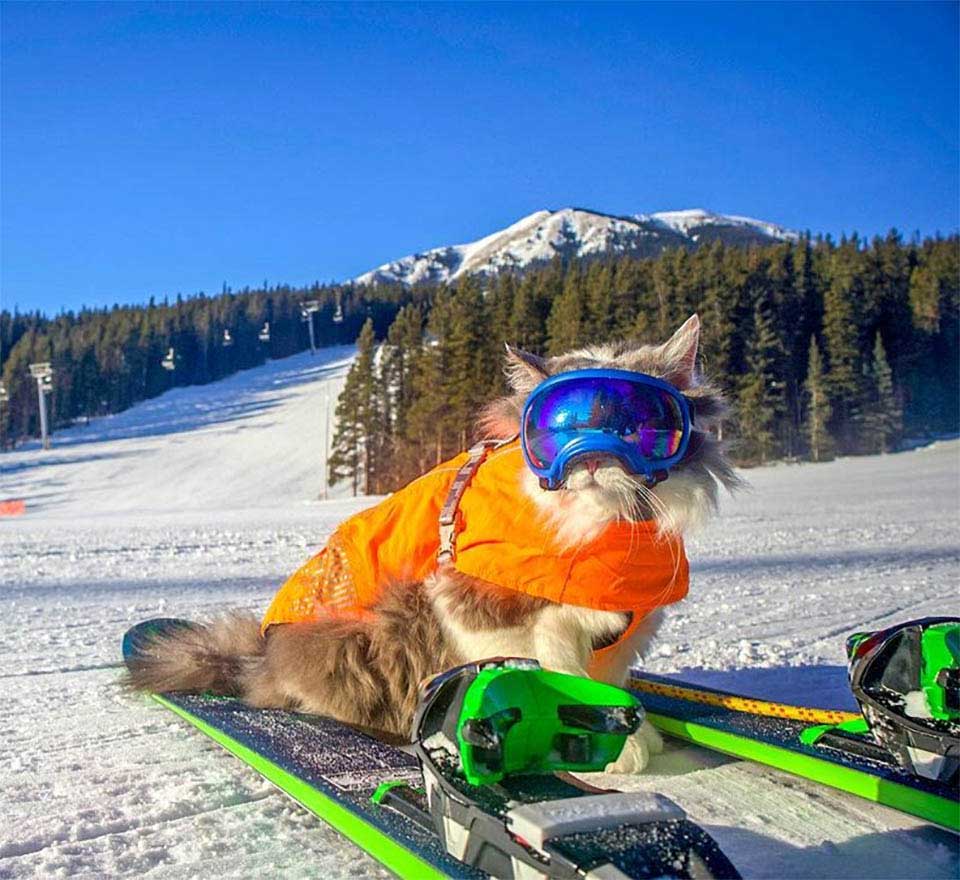 Cats usually do what they want, so it’s better to let them decide what they really want to do. 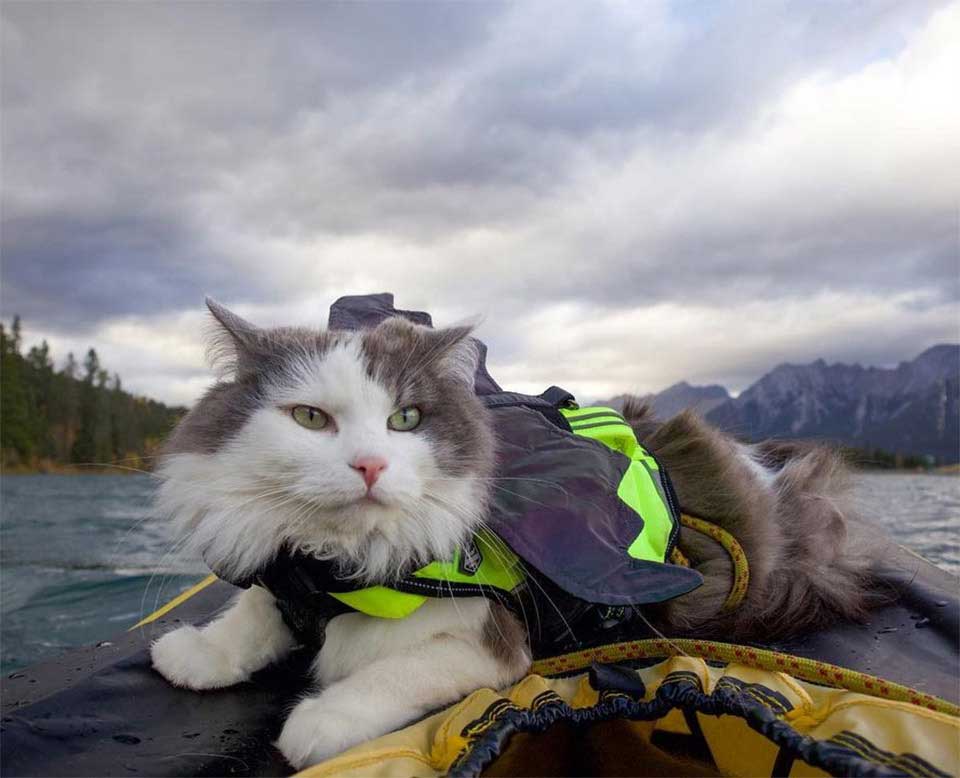 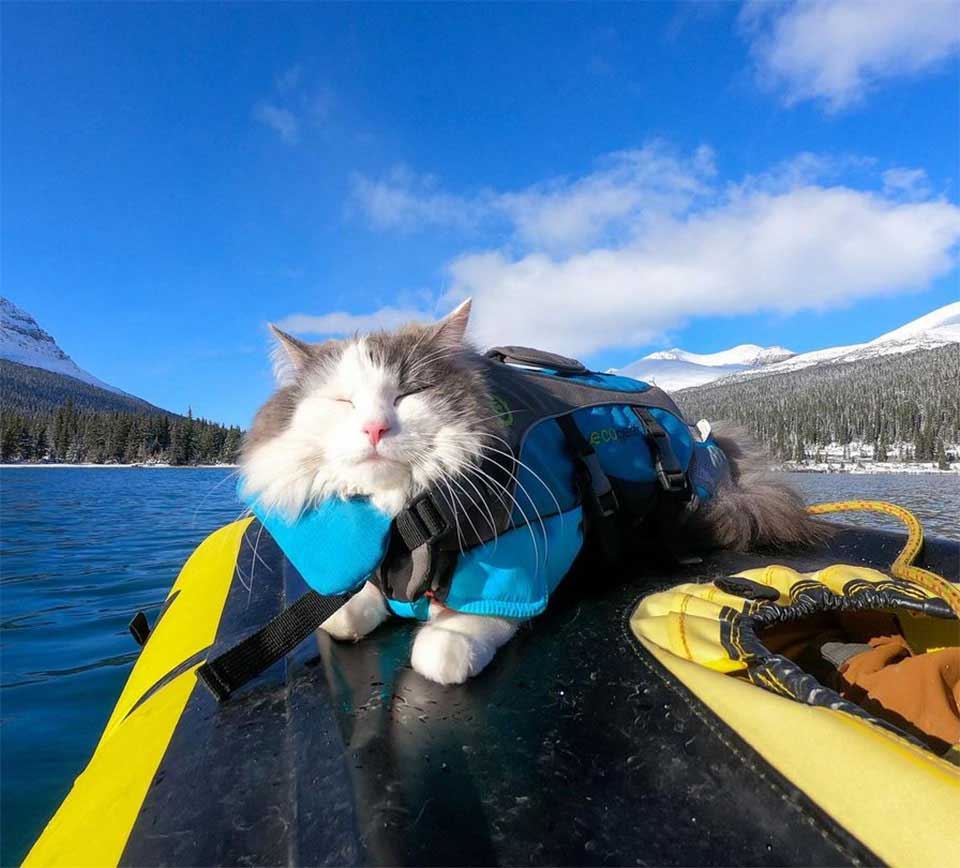