Dogs don’t need words to show when they care about people. They convey this with their bodies. For example, you might have recognized your dog guarding you. They might lie against you or stand over you. They may even growl at any movement that might be a threat.

This is a primal behavior tracing back to dogs’ wolf ancestors. Still, it really clearly shows which people a dog cares about. On March 3rd, Facebook user Ake Srisuan shared photos of two stray dogs by a riverbank. One sits close to the water and one slightly farther back. From a bit far away from the edge of the river, it’s hard to tell what the dogs are doing. A close-up paints a clearer picture. One of the dogs is visibly sitting over an elderly woman who appears to be sleeping in the mud. 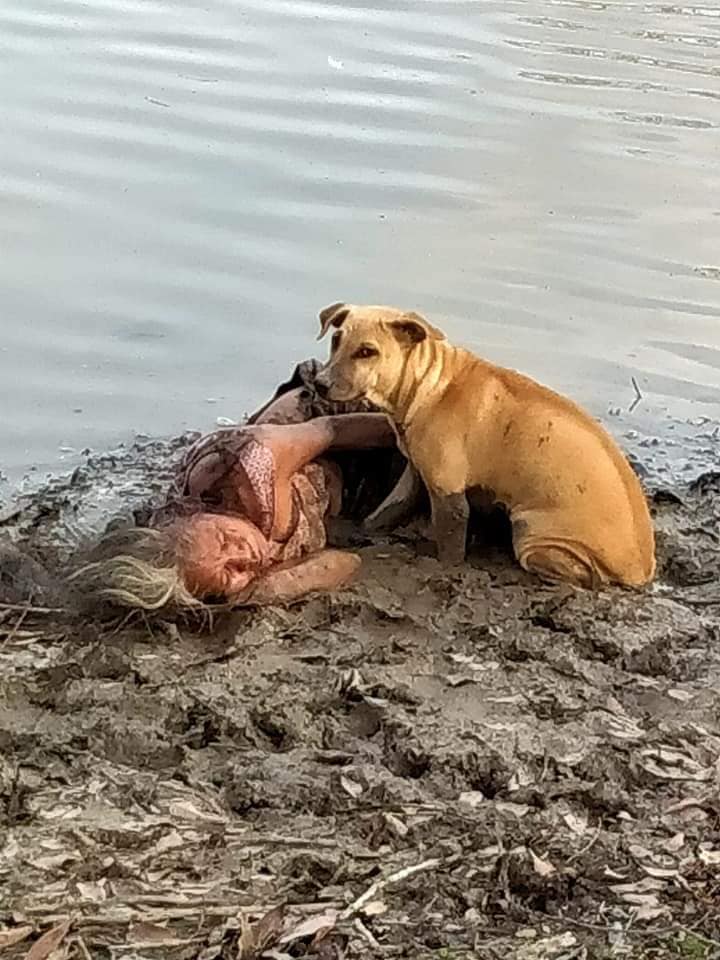 Srisuwan did not have much more context for the dog’s behavior towards this woman. He was, however, very touched by this simple act of dedication.

These photos say everything: Dogs don’t have any biases. They don’t judge character based on appearances or wealth. These dogs know this woman, and they want to protect her. Even if that means getting muddy.

The Aftermath Of The Photographs

Nepali News Update reported that since the photos circulated, local authorities reached out to the woman to provide help. Reportedly, the dogs and the woman pictured received treatment. The sweet but natural behavior of the stray dog was enough to get the pack noticed.