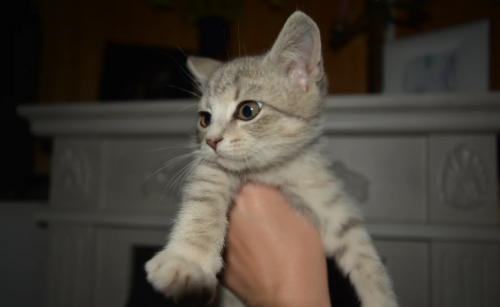 The heroine of our story is called Michelle. In May, it was taken away from its mother, put in a car, and taken somewhere. It was not afraid, because it was born in a home environment and was familiar with people. At that time, it was already two months old and all this time it was living with these people at home.

Kitty lay quietly on the seat, not worried, quietly purred, when suddenly the car stopped. She was picked up by familiar hands, whom she then fully trusted, and dropped off in a car. The man got back in the car, closed the door, and drove away, and the little girl stayed on the side of the road.

Since Michelle was only two months old, it did not understand what had happened at all. All this was seen by a random witness in another car, who was going about his business. The man turned out to be kind and did not go further, but took the cat with him. 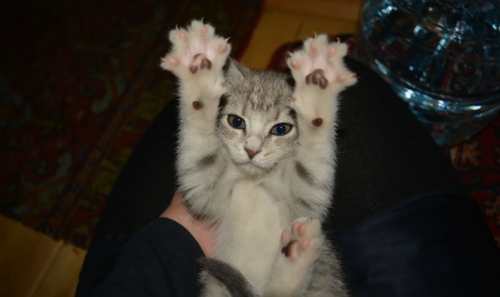 When he arrived in town, he published a post in the Animal Aid Group in which he wrote that he could only keep the cat until the evening, and if no one took it before then, he would have to let it back out on the street. 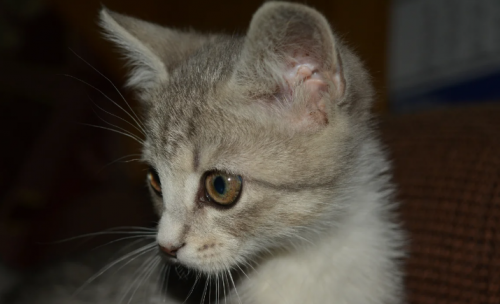 We could not allow this little girl to be alone on the street again, because a lot of bad things could happen to it there. Then one of the volunteers went after it and took the baby. Now we are looking for where to place it.