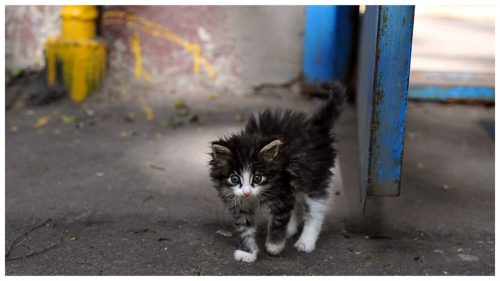 Sometimes when you look at an animal, feelings of affection and love immediately arise, that is, some invisible connection appears. And then you realize that you were created for each other. This is exactly what happened with Lida Moreva.

Once in a social network, a girl accidentally stumbled upon a photo of a small skinny kitten. The little cat had frightened eyes, it shrank into a ball and looked around with fear.

Lida felt her heart tighten with pity when she looked at the photo. She was so imbued with the fright of the little cat that she decided to go after it, despite the fact that it was in another city. 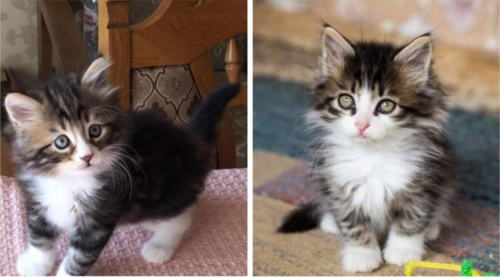 Without time to think, Lida went to pick up the kitten and now they are already going back home together.

The girl called the cat Cleopatra. But later it became clear to her that the name Alarm Clock was most suitable for it since it did not let her sleep in the morning. The baby has grown up, has become well-fed, and its fur is fluffy and shiny.

Every day it wakes up the very first and immediately begins to rush around the house. However, Lida’s family and the girl herself are not annoyed by this, but on the contrary, they are touched.