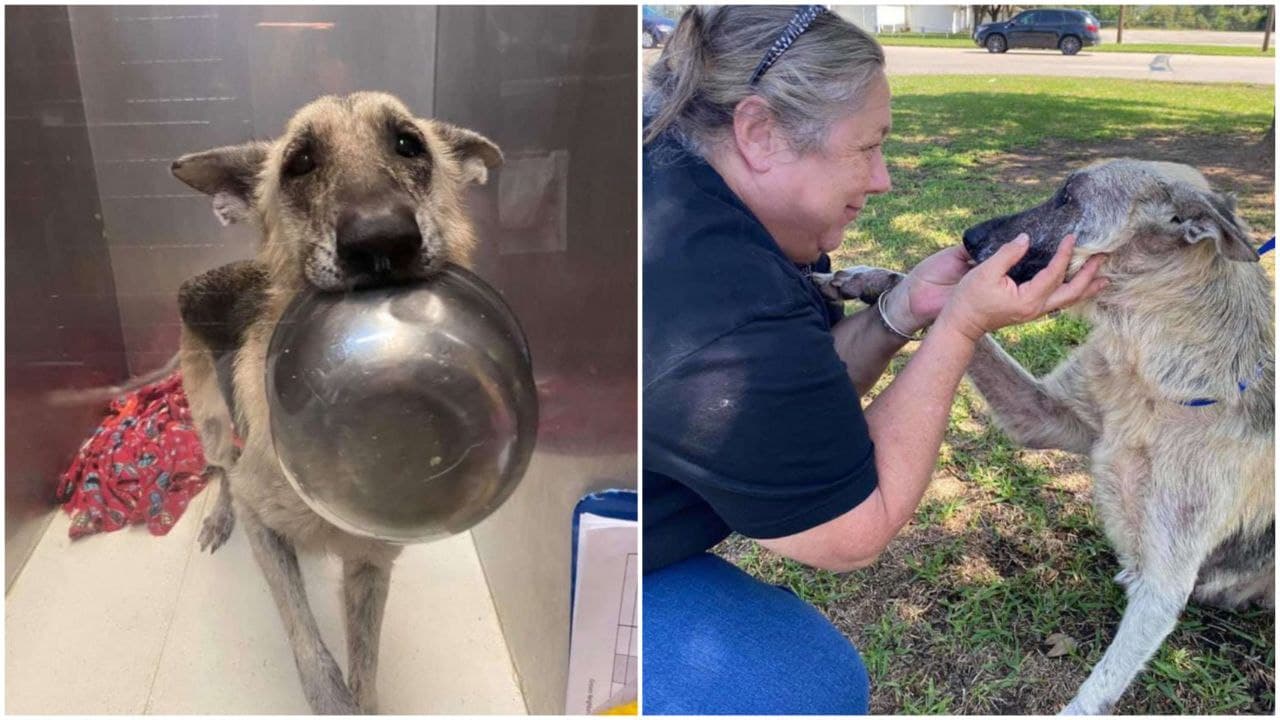 A German Shepherd appeared near the construction site unexpectedly, and it was noticed by the builders working there. It was very thin, tortured, and modest, and there was a plea in its eyes… 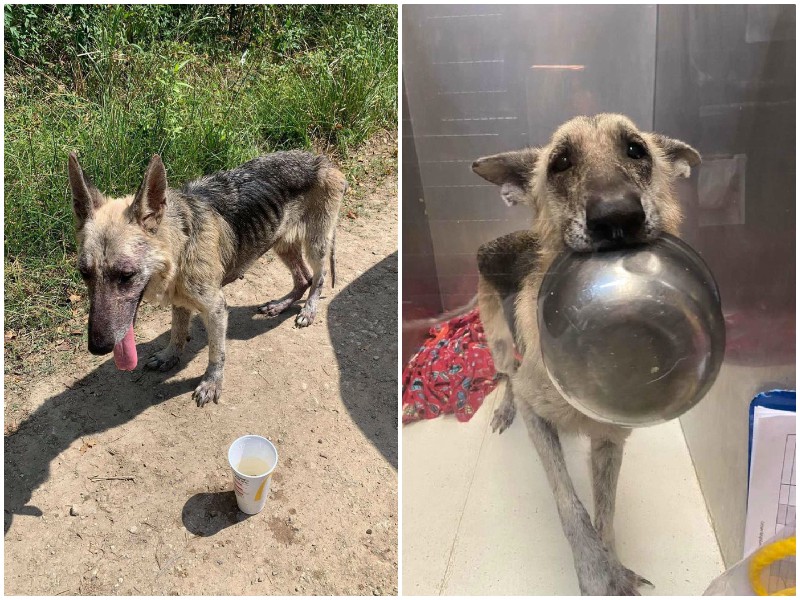 Texas workers near the construction site found a dog that was clearly thrown out on the street by someone, because it was a thoroughbred, namely a German Shepherd. But the animal was very emaciated, covered in dirt and it was impossible to look at it without pity. They poured water for the poor dog and called the local shelter. 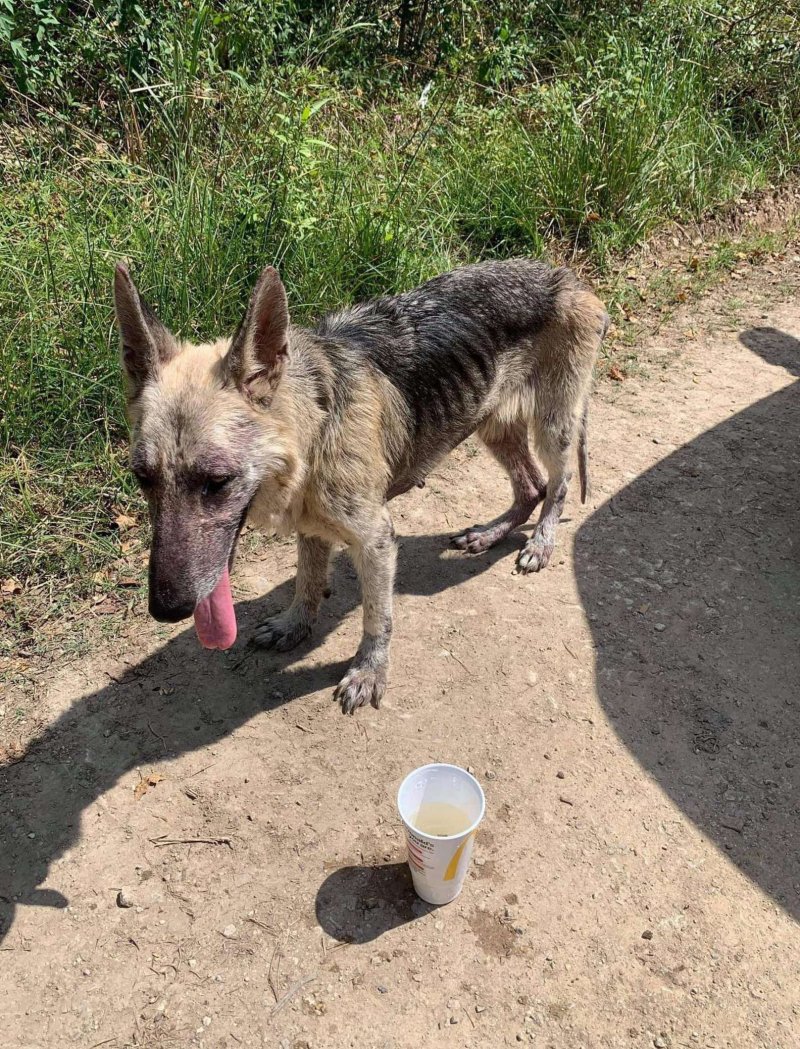 The shelter staff arrived quickly, took the shepherd dog, and took it to the vet clinic. There they learned that the dog is 6 years old and has serious health problems. The veterinarian reported that it had neglected scabies and a lot of parasites. 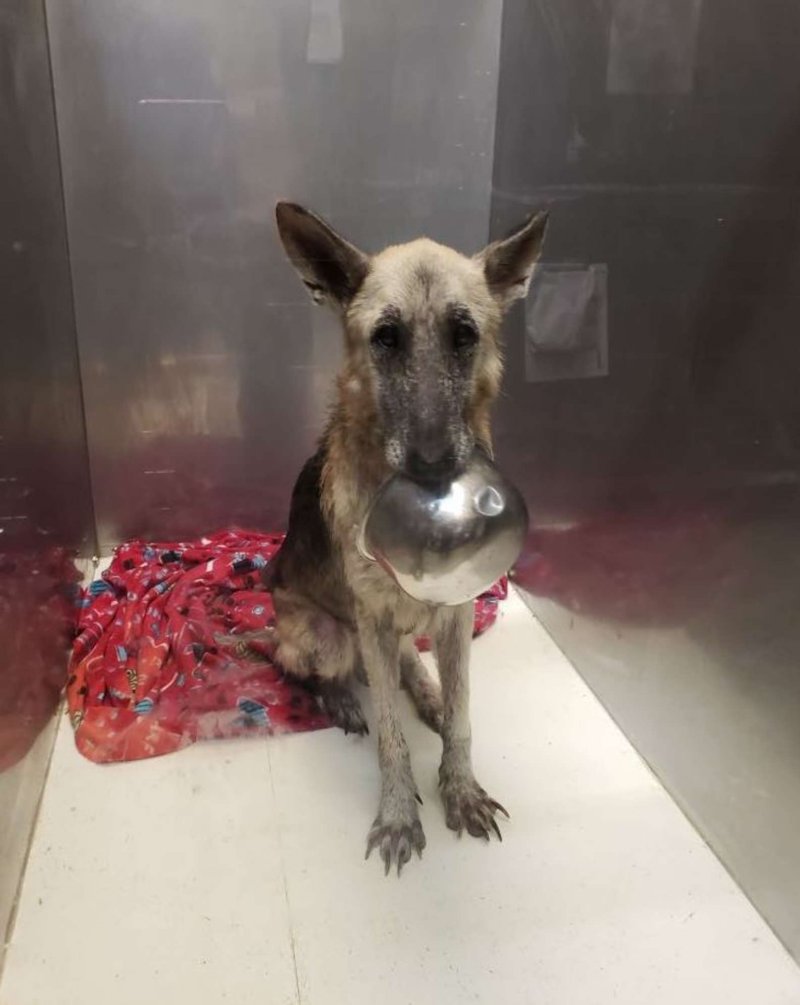 In addition, all this time the shepherd was in a too small collar, which squeezed its neck tightly. An employee of the shelter took it off at the place where the animal was found. 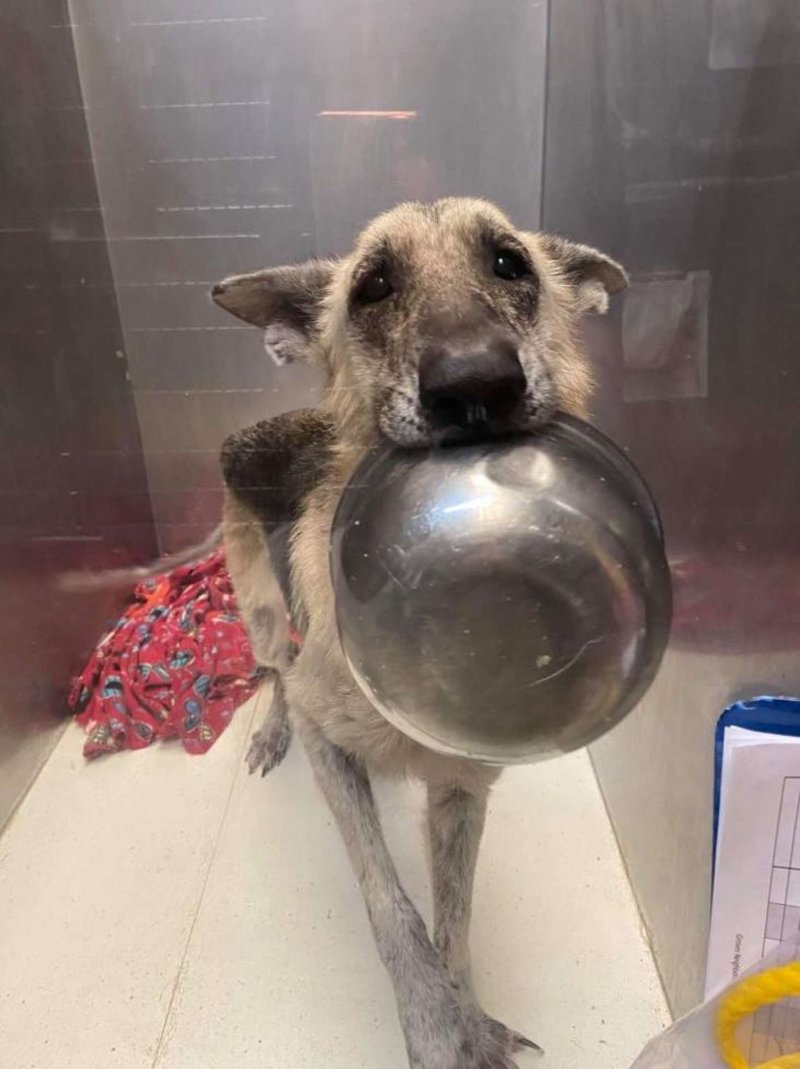 Despite the exhaustion and poor health, Athena (as the dog was called) was filled with love and gratitude to its rescuers.

During the treatment, the dog developed a charming habit. Whenever Athena wanted to eat, it took its plate in its teeth and held it until it attracted attention. 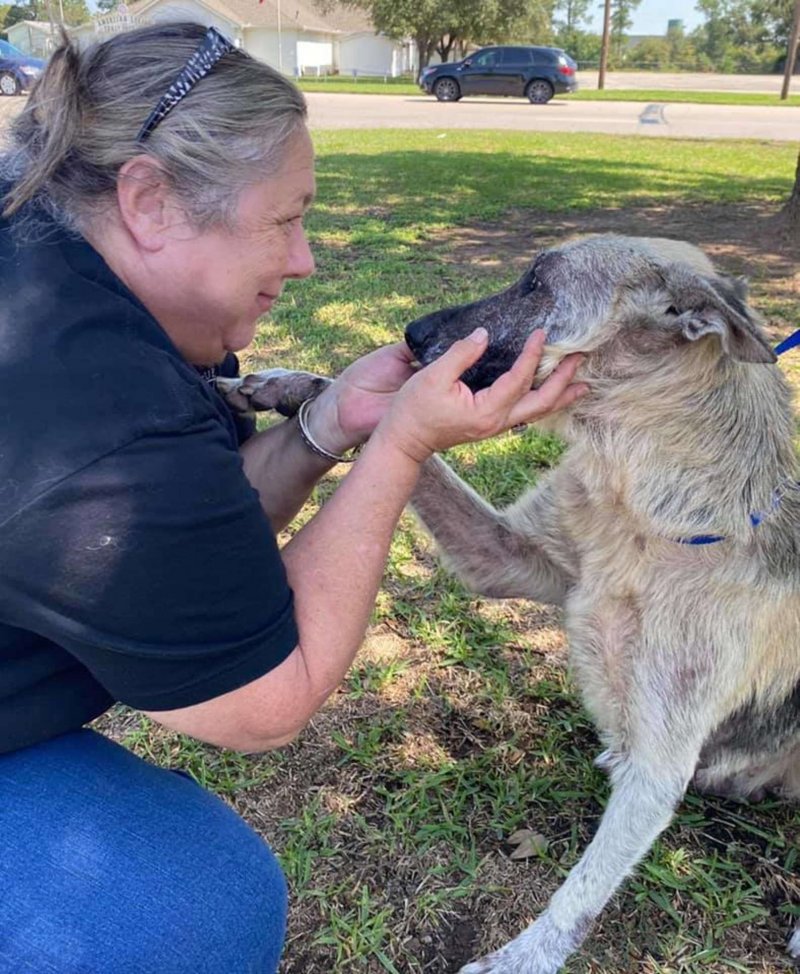 « They pay a lot of attention to her, and she just bathes in love! However, she realized that if she held her plate with a cute expression on her face, then they would pay even more attention to her! «  one of the shelter workers shared.

At the moment, the shepherd is looking for a new home, because it began to trust people again. We hope that it will have a caring and loving owner!