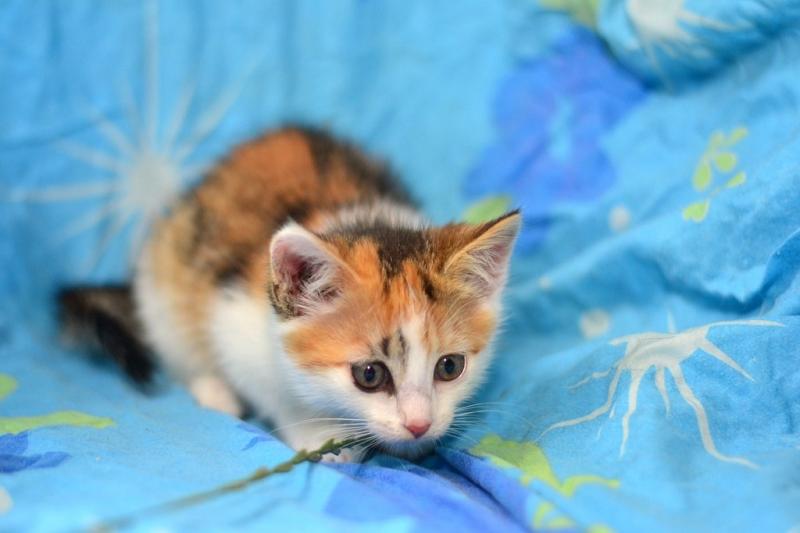 A tiny, unwanted kitten was lying on the road. He was very lonely. His mother was put out on the street, and she began to live in the basement, where there were many such unnecessary and abandoned cats.

The baby had a brother and a sister, but they disappeared somewhere with their mother. He no longer had the strength to get up and start looking for them.

Cars were passing very close, but hunger overshadowed everything, even fear. The cars kept going and going, and he didn’t have the strength to move aside.

There were no passers-by here, so there was no one to pick him up from the roadway. The baby was covered in dirt, he was tormented by fleas, and his eyes hurt. Death was imminent

But suddenly a car stopped nearby and a woman got out of it. She took the kitten in her arms and carried it to the car, where she put it in a box, saying affectionate words.

And now he found himself in a warm and cozy house, where they poured milk into a bowl for him. After he had eaten, he was bathed and rid of fleas.

The kid decided that he was in paradise because he was so good. A week later, he has already forgotten all the bad things that happened to him. He was clean, well-fed, and loved. Now a kind woman with gentle hands took care of him.

There is a legend that tricolor cats bring happiness. So this kitten has grown into a cat that the whole family adores, especially children because he makes them happy.