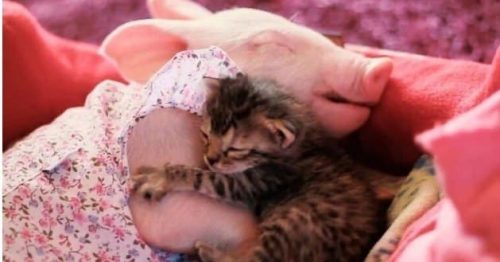 An unusual story began in a veterinary clinic, where a concerned passerby brought an exhausted kitten, which he found on the street. Despite the terrible condition, under the supervision of doctors, the animal quickly began to recover. After a few days, the kitten not only moved by itself but also played with the clinic staff, to the great joy of people. 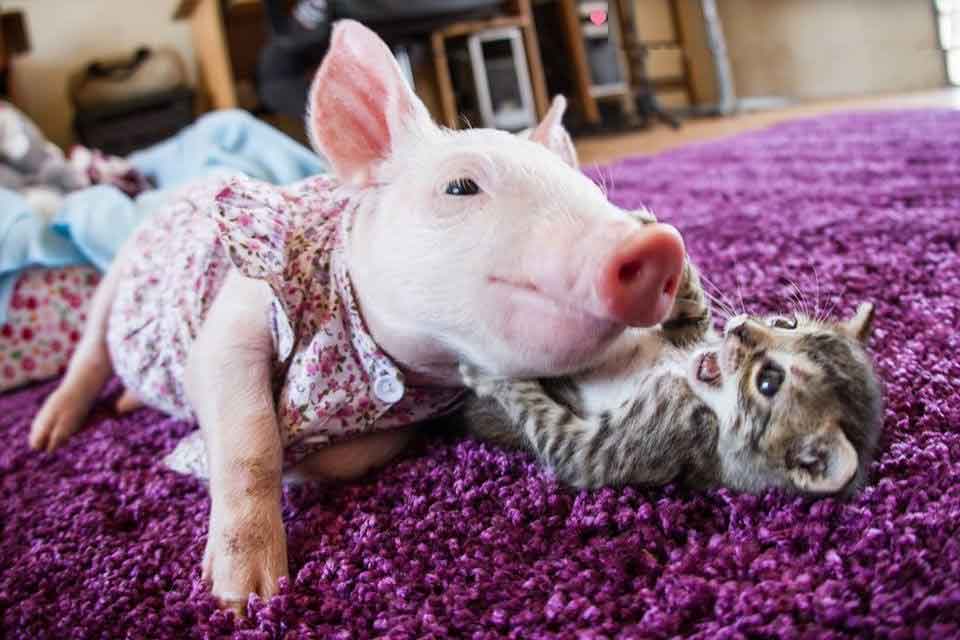 A couple of days before the appearance of the kitten in the veterinary clinic, a little piggy Laura was brought here for treatment. The meeting of these two in the vet clinic was the beginning of a funny, but really strong friendship. Both on the farm and in the clinic, Laura was surrounded by love and care, as it turned out, there are also enough of these qualities in the piglet and it began to give them to the kitten.

Laura plays with the kitten and takes care of it, an unusual couple even sleeps together. 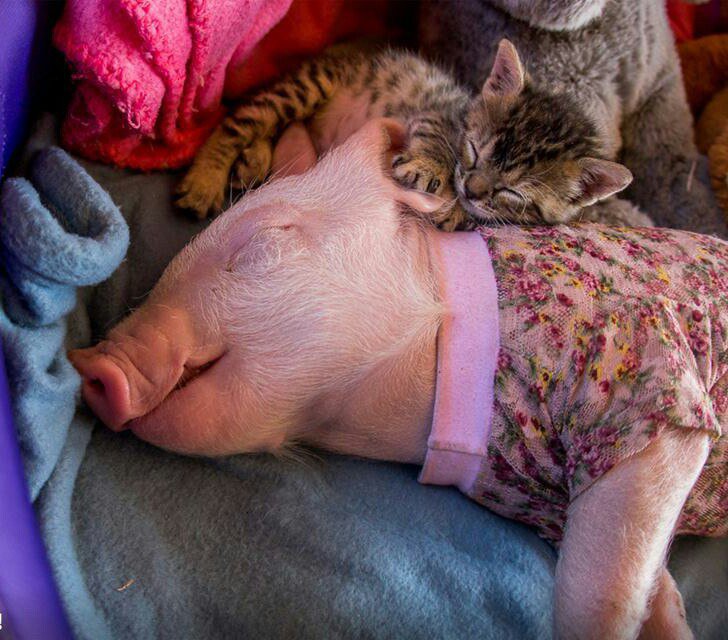 Such love between animals proves that neither different origins nor the past are a hindrance to a real friendship. After the animals recover, the veterinarians do not want to separate the wonderful couple.