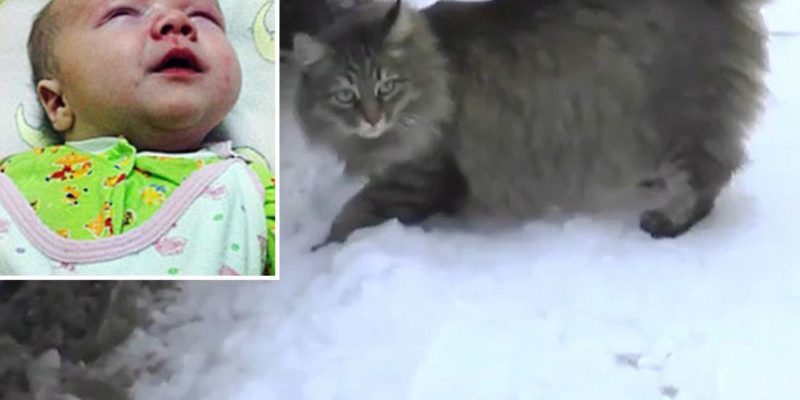 Masha is a stray, who was so lovely, that kindhearted people, living in her neighborhood, fed her every day. In wintertime, even, they allow her to stay at their homes to get warmth for a while.

Irina is one of those generous people, who gives constantly food to this cute cat. 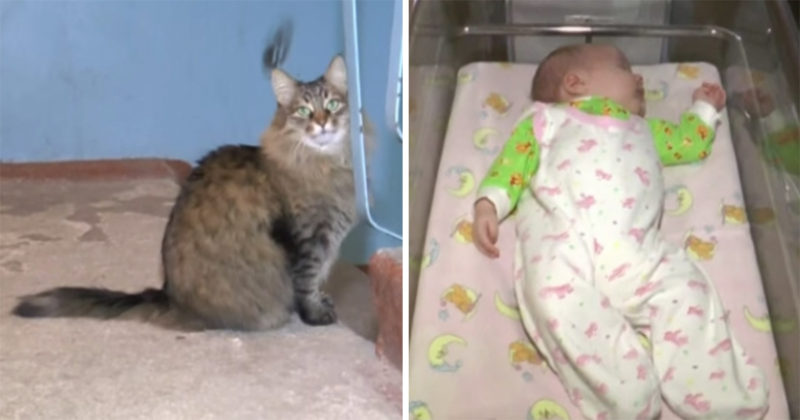 One winter day, when this 68-year-old woman was going to throw away her trash, she suddenly heard a strange sound coming from the cellar.

She heard a mewing of a feline. She was absolutely sure that was Masha. 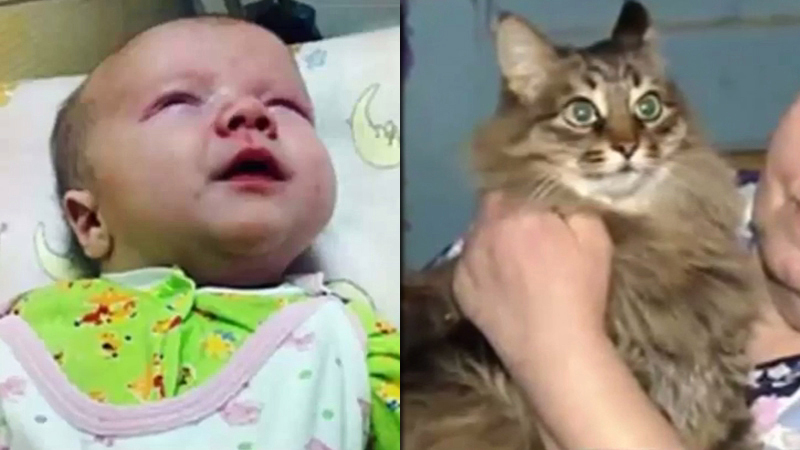 The worried woman rushed to see what happened to her, she might be harmed. The cellar was down the stairs, where she found a box with a baby.

Irina was astonished to see the poor, helpless baby on the cold floor in the wet, semi-dark basement. Masha was sitting next to the abandoned baby, who was about 3-months-old. 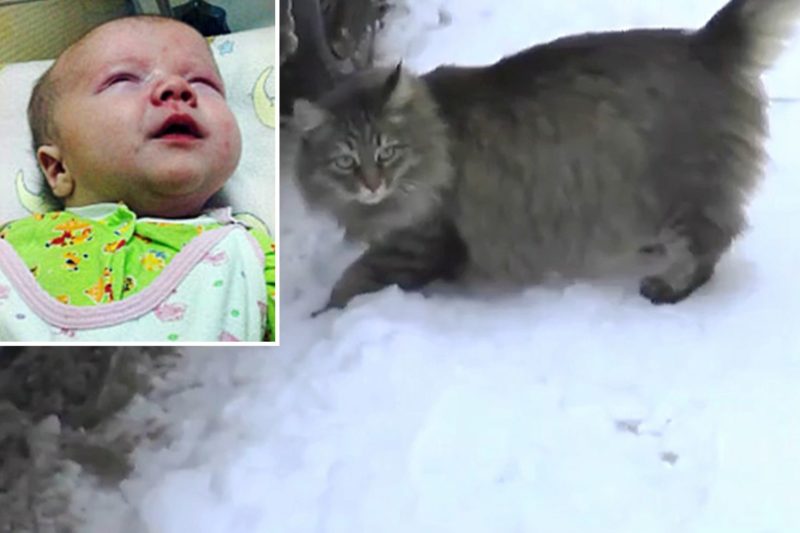 Thanks to Masha, the infant was warm and saved. Nobody knew how long time she was there with the baby protecting and warming him. If not her, the baby could die of freezing.

When the ambulance arrived, Masha was following the med staff, worrying about the baby. When the kid was taken to the hospital, Masha was sitting there on the street for a long time waiting for the ambulance to return. 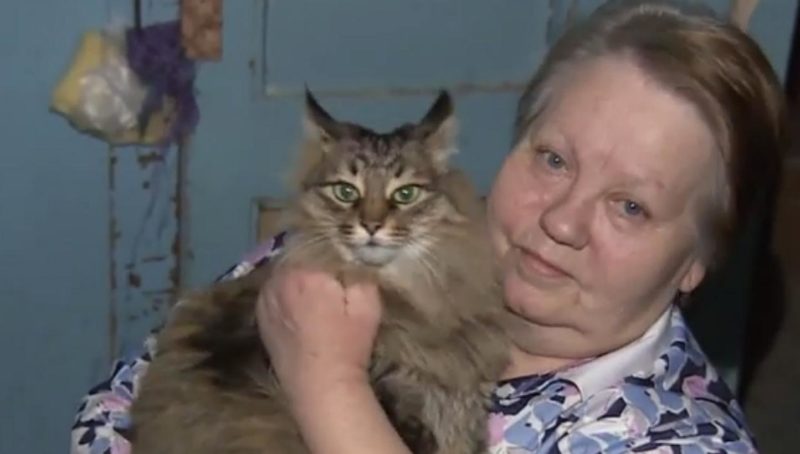 According to police, the infant was in good condition, they started to search his parents.