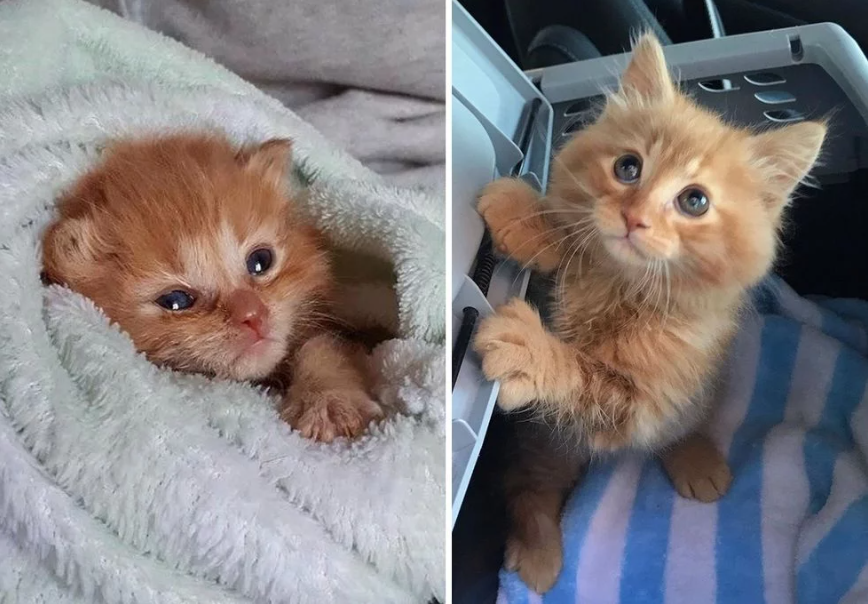 While walking, Alan heard a squeak, which made him stop. Approaching the source of the noise and examining it, he saw a kitten a week old. The baby could not walk, he could not even see anything. At first, the young man thought that its mother had gone somewhere and would soon return, but no one appeared. Then he realized that the animal had simply been abandoned to its fate. With each passing minute, the cub began to yell more and more desperately, probably he wanted to eat. Alan decided to feed it, but first, he brought it to his home. It turned out that it was a female cat, such a verdict was made by the veterinarian, to whom the man showed the kitten. The girl was named Lady Sansa. She was fattened, brought into proper shape, cured of minor ailments. Alan surrounded her with love and care in every possible way, and a beautiful tricolor cat grew out of a nondescript kitten, who loves her « human dad »very much.
This story is about the boundless kindness of a person and the devotion of an animal.