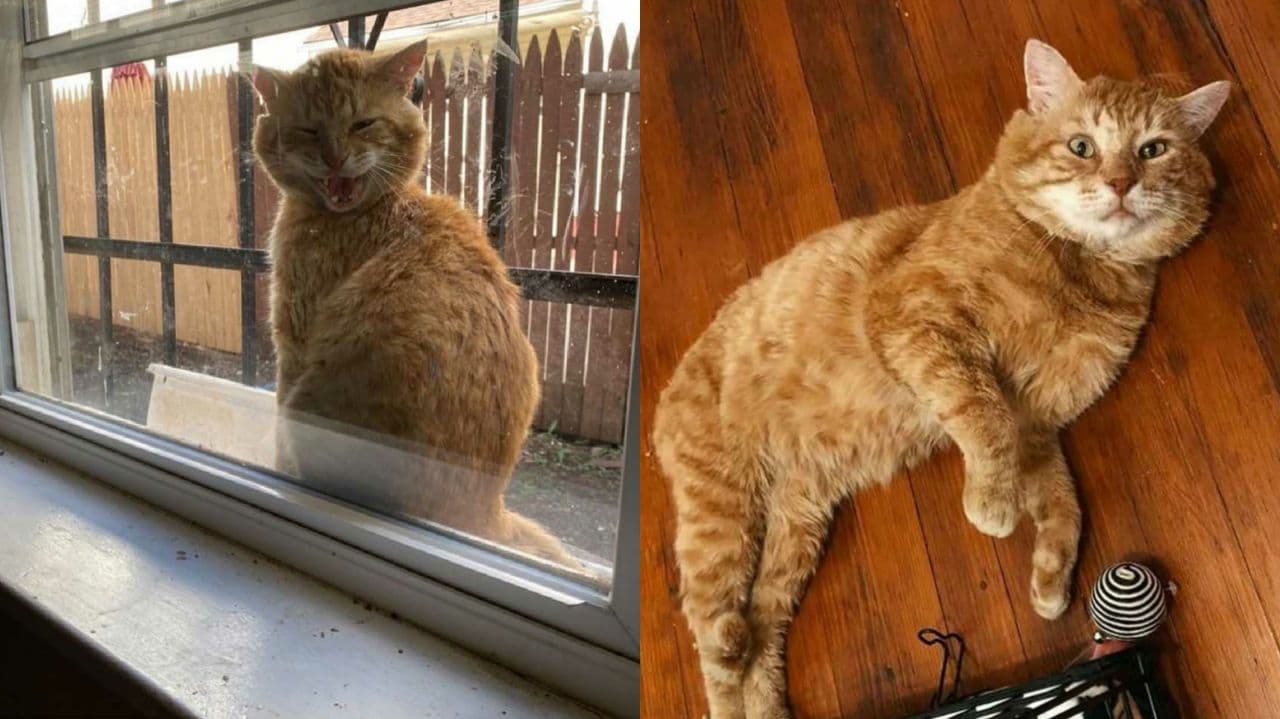 A beautiful and friendly stray red cat appeared in the window of the house with the sole purpose of finding help.

For more than a year, a friendly stray cat visited the window of a house in Brooklyn, New York, hoping to get a little help and meet some of its needs.

Soon after, the cat became friends with a young woman who lived in the house, and she began to feed him whenever she saw him.

Unfortunately, at the end of May, the kitten returned to the window with an ear injury and called for help, desperately meowing.

A friendly cat asks for help 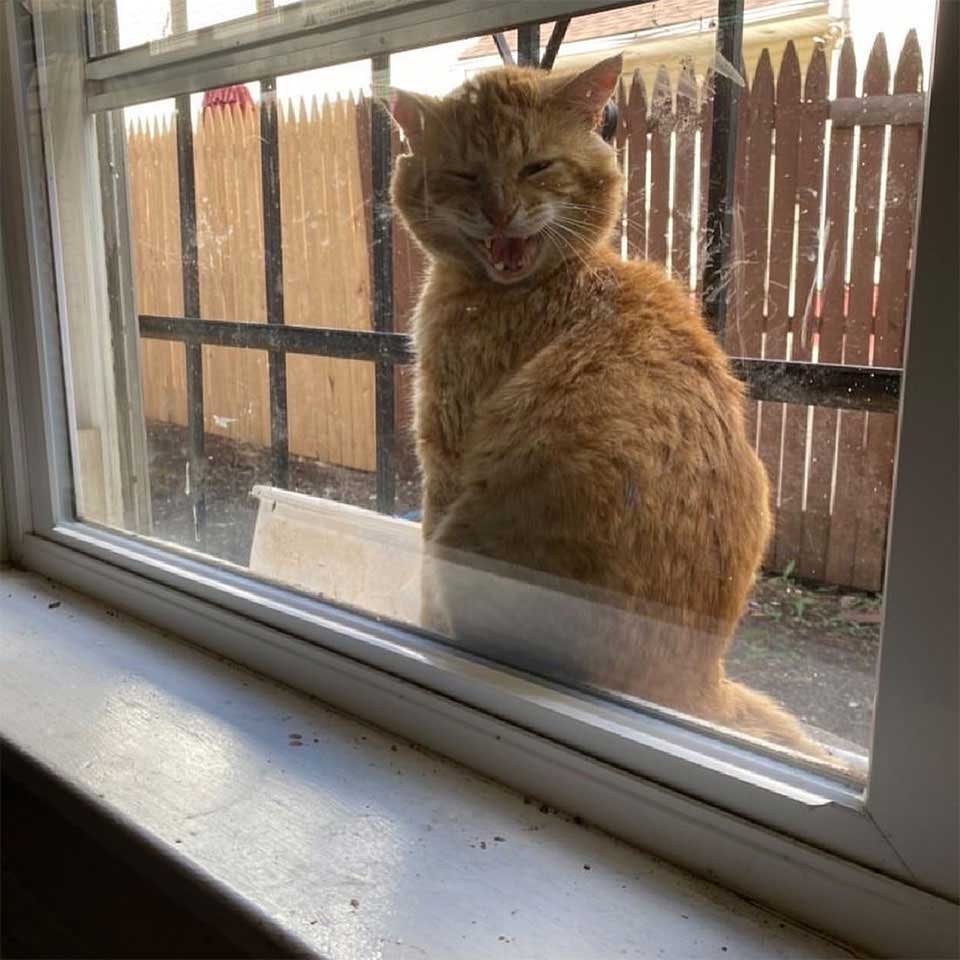 The girl went to the window to check. She noticed his ear injury, immediately realized that he needed urgent help.

The cat was friendly and intelligent, and he knew that he could get the help he needed so much in this house. 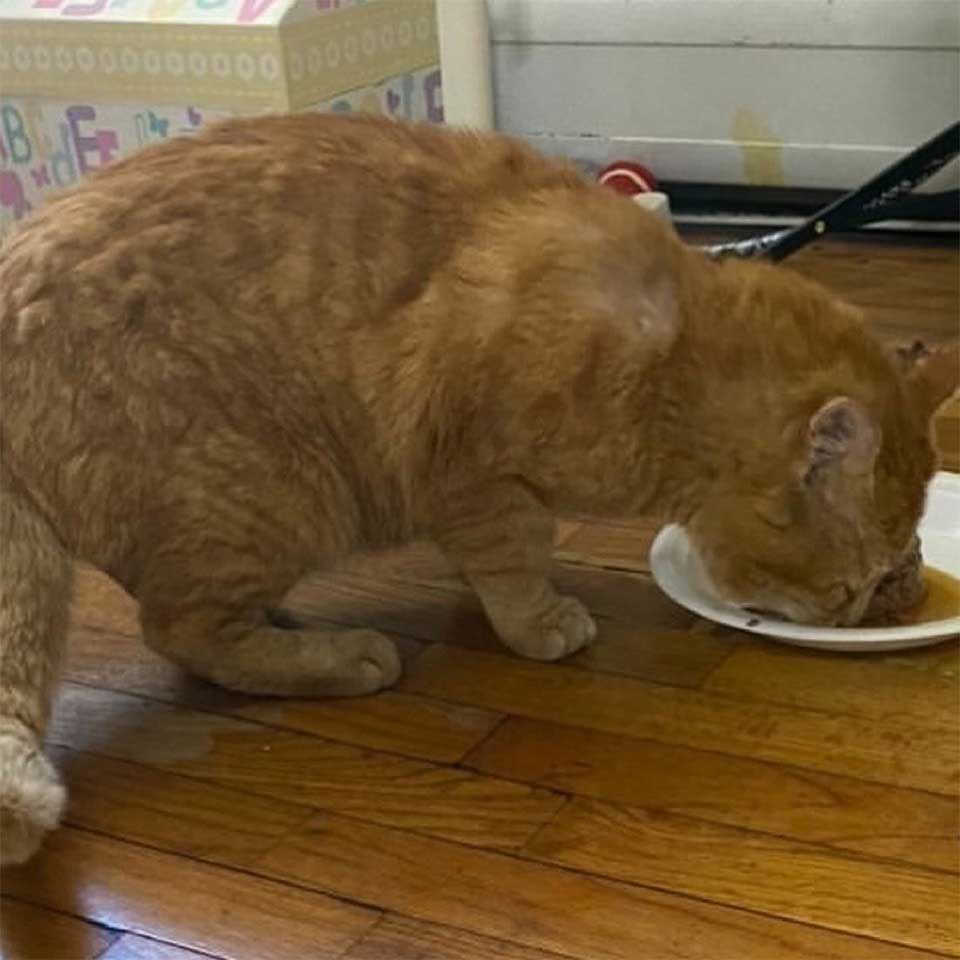 With the help of her family, the young woman managed to catch the cat and take it to the Little Wanderers Rescue Center in New York for treatment. A kitten named Carlton got sick, and a cut on his ear had to be sewn up. 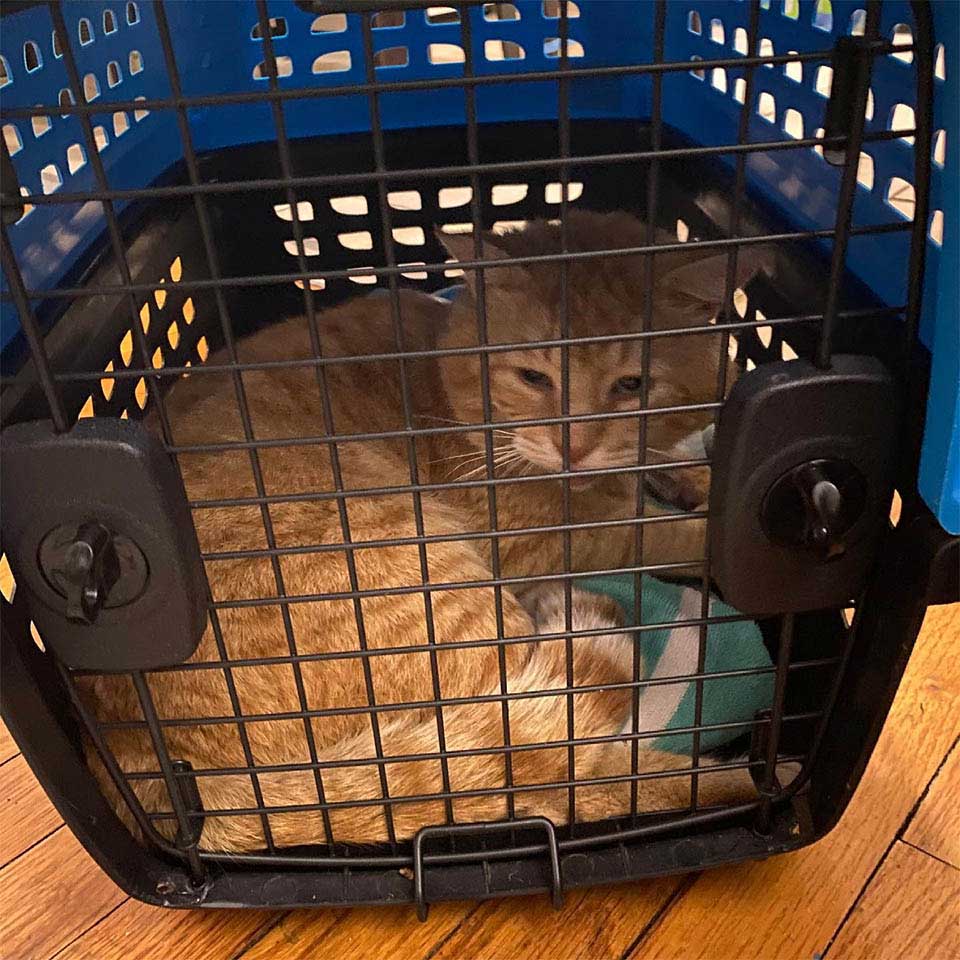 It was very difficult for Carlton to live on the street, but he was a loving, gentle, and very friendly kitten despite this. Veterinarians believe that he is about five years old, and a medical examination showed that he suffered from FIV (feline immunodeficiency virus).

However, health problems would not prevent him from leading a normal life. 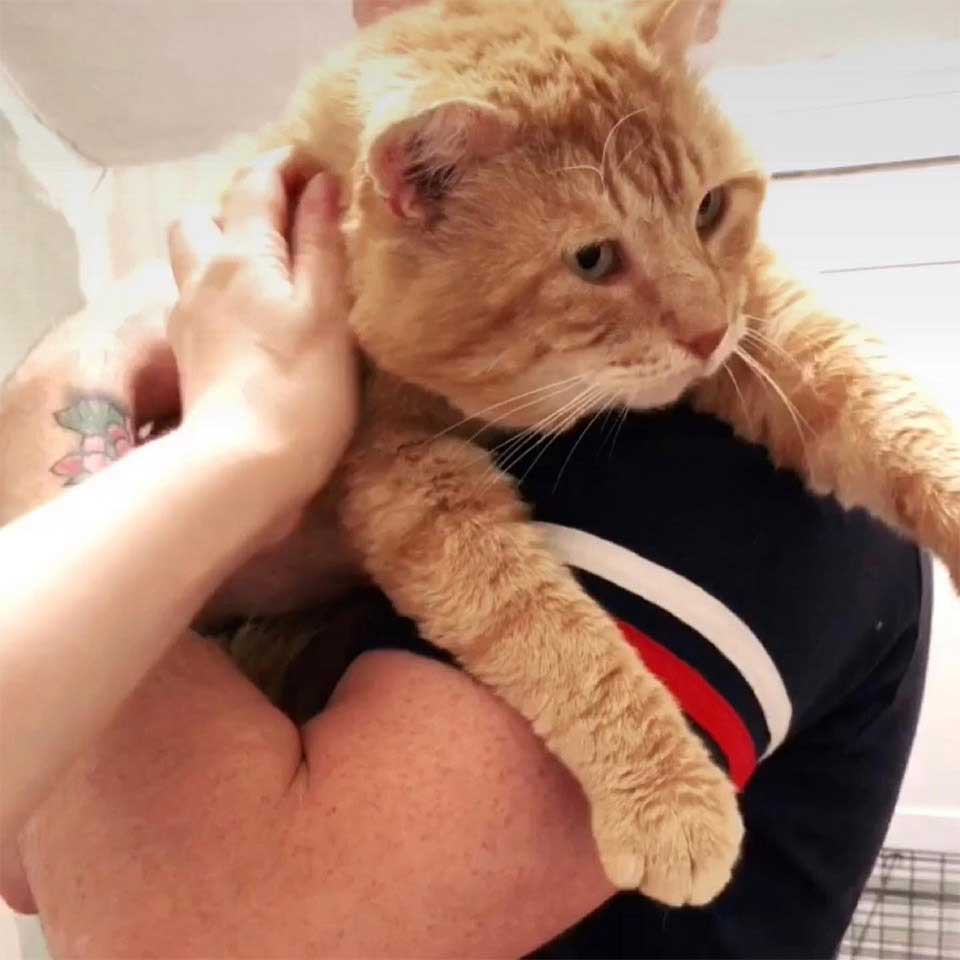 Kareanna, a volunteer living in Staten Island, New York, found out about Carlton’s story on social media and volunteered to help.

Soon, Carlton was sheltered in a new house. He had a loving family. At first, the cat was wary, but soon got used to family members and became a very friendly pet. 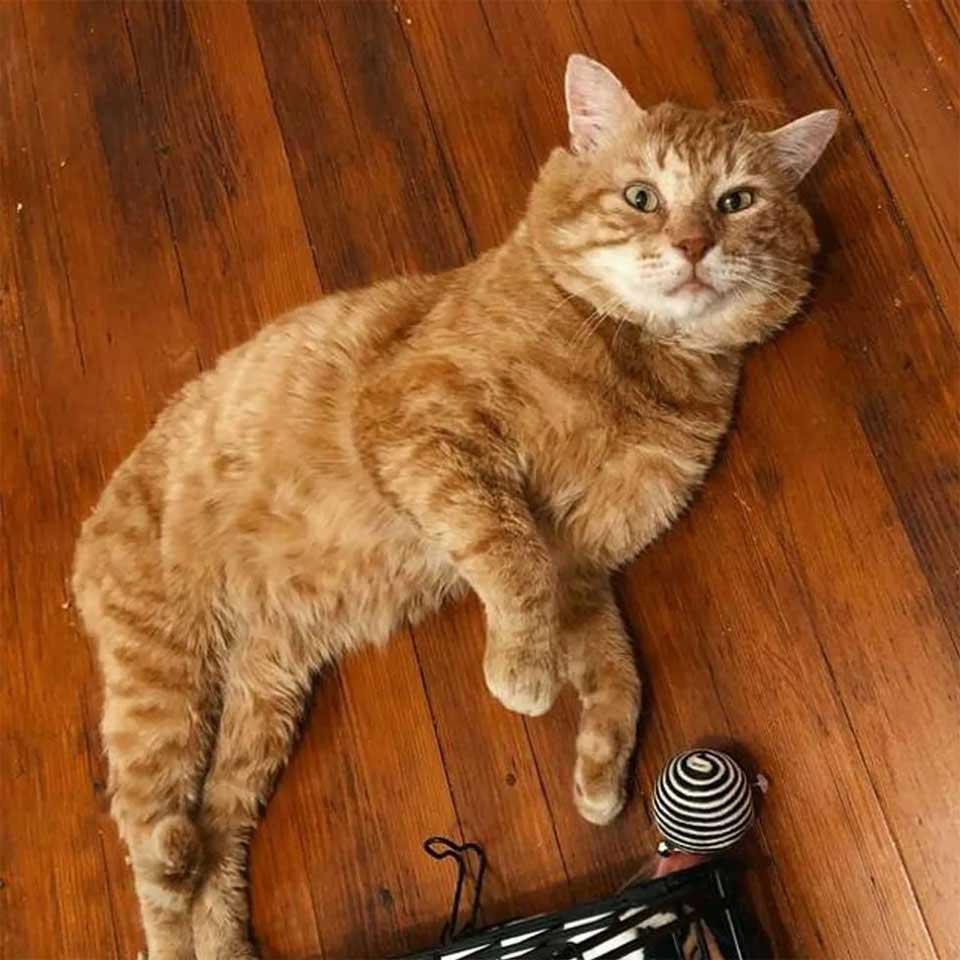 Karianna added:
« Most of his hair was tangled, and the wound on his ear needed to be cleaned around the stitches. He really lacks teeth, but he loves the food that I give him. It was easy to gain his trust because he really loves people.

Every time he runs into one of his owners, the adorable Carlton melts into their arms and allows them to hug and caress him. 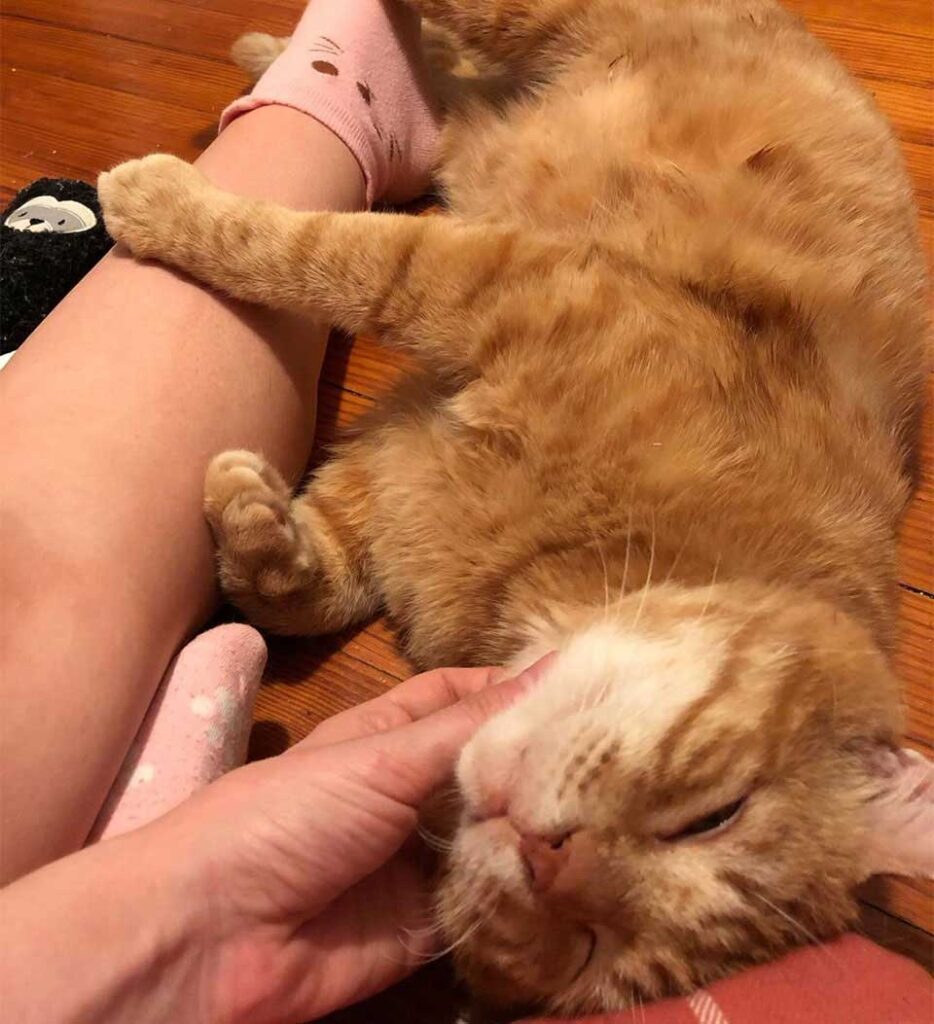 The kitten always loves the company of its foster parents and usually wanders around the house in search of attention and love.
Karianna commented :
He looks like a big friendly mountain lion. He gives you a head if you don’t stroke him enough and he falls on his back to get a belly massage. This is the perfect cat.

The gentle tabby cat managed to fully recover thanks to the help of the shelter and the people who managed to save him from the streets. Now he is ready to find a home forever, although it will be a little difficult due to his illness. 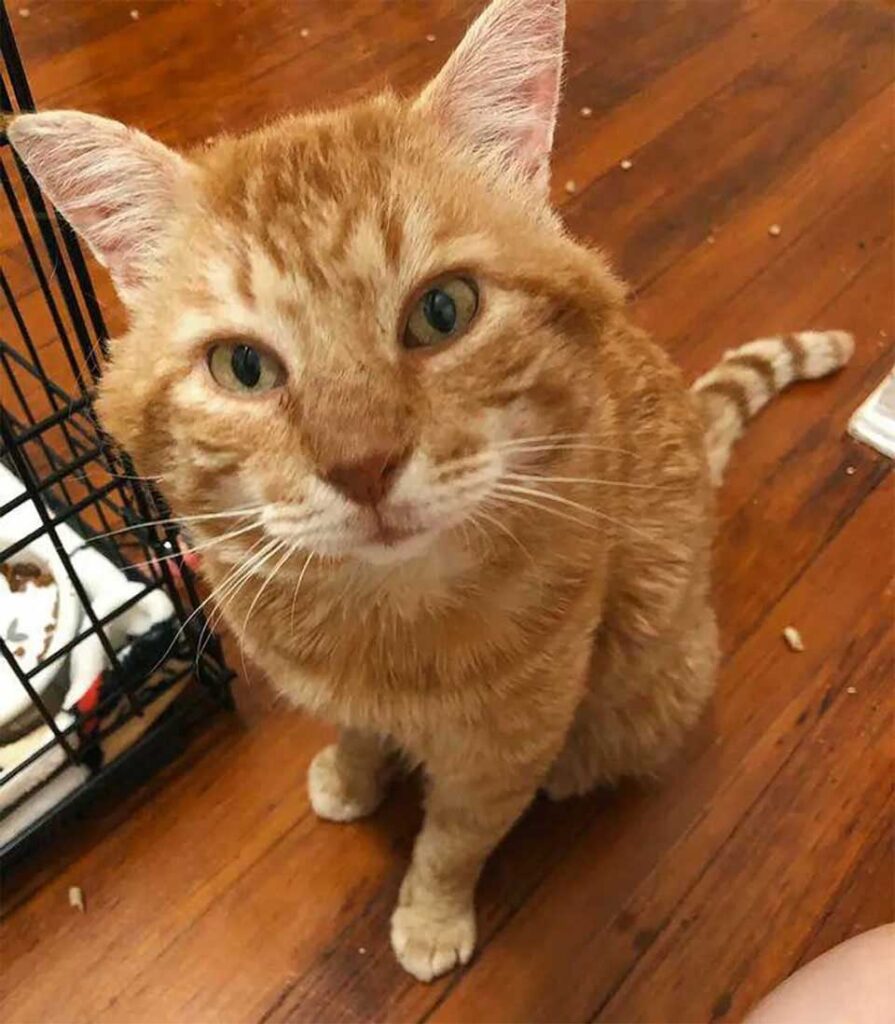