Our 4-legged friends sometimes need the help of a person. In Cork City, Ireland, firefighters had to launch a rescue operation after a puppy fell into a sewer.

This adorable little dog recently went through a terrible ordeal. Because of his own curiosity and search for adventures, the little dog fell into the sewer. 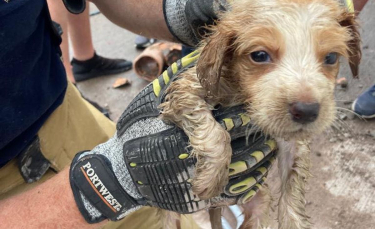 His family, very concerned, had no choice but to contact the firefighters, CorkBeo reports. Their animal was literally trapped underground. 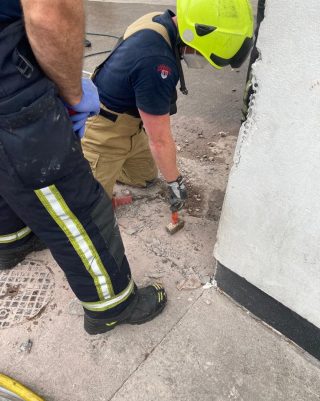 A rescue team quickly arrived at the scene. Professionals rushed to help the puppy, whose life was under threat… after all, he could have run out of oxygen. 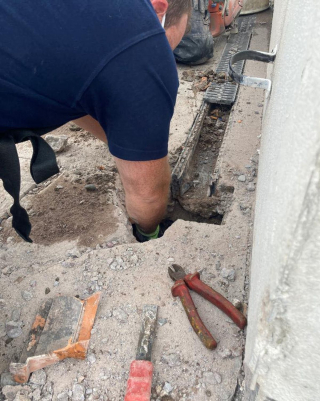 The owners of the dog carefully watched the work of rescuers. It was decided not to use electric tools, so as not to scare the dog. Soon the firefighters pulled out the poor dog and returned it to its owners.

The animal was almost unharmed, although it was a little tired and wet. 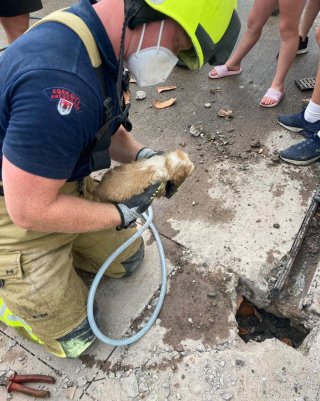 The owners were relieved and happy that they could hug their puppy again.

Rescuers have become the heroes of the puppy! They rejoiced at the opportunity to save a life, to help an animal in trouble. 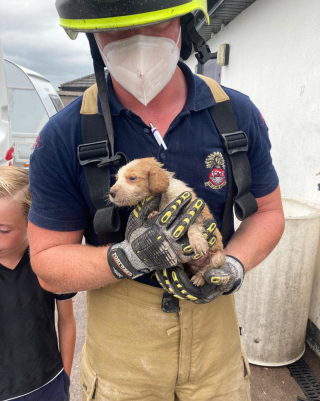