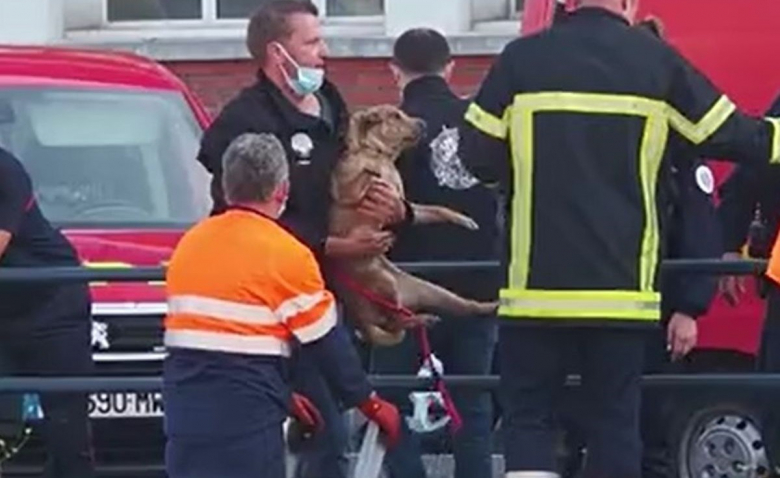 About ten rescuers, including firefighters, police officers, and agents of the city’s technical services, joined forces to rescue a dog in distress near the Calais Canal. The animal got into an old pipe.

Thanks to a large mobilization, a dog that got stuck in an abandoned canal was able to get out into the fresh air, Nord Littoral reported on Thursday, August 5.

This rescue, which lasted 2 hours, took place the day before in Calais. On the morning of Wednesday, August 4, the police were patrolling near the Calais Canal when they saw the dog.

The dog in question was on the opposite bank, on the embankment of the Gendarmerie. It was stuck in an old pipe leading to the stream. The police officers informed the firefighters and the city technical services.

The operation began around 9: 30 am. Firefighters installed a ladder on which utility workers descended to the level where the dog was located. Everything happened in the presence of the police, who remained at the scene. 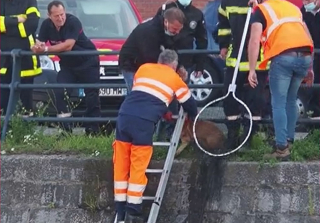 One of Calais’s technical staff handed the dog a sausage to lure the four-legged creature out of the pipe. The trick worked and the man was able to easily get the animal out of the pipeline and handed it over to his colleagues on the shore. 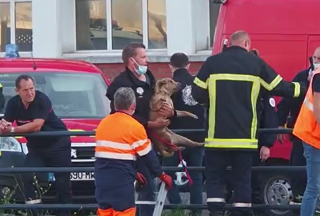 The Calais Animal Protection League took care of the dog while awaiting the identification of its owners, in particular by checking the possible presence of the chip.