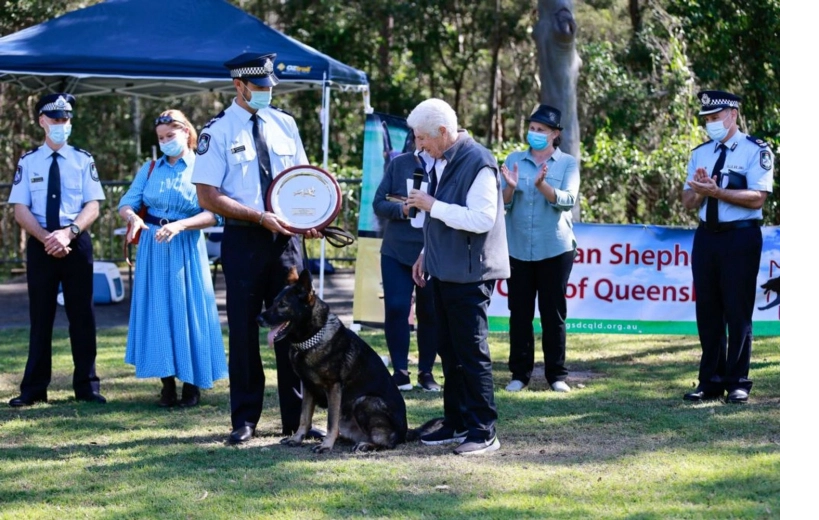 Last weekend, a ceremony was held in honor of Kaos, an Australian police dog with 7 years of service experience, who was seriously injured last year. This German Shepherd Dog not only maintains order, but also comforts sick children.

A police dog was honored for his brilliant career last Saturday in Brisbane in eastern Australia, Queensland Police News reported on Monday, August 2. 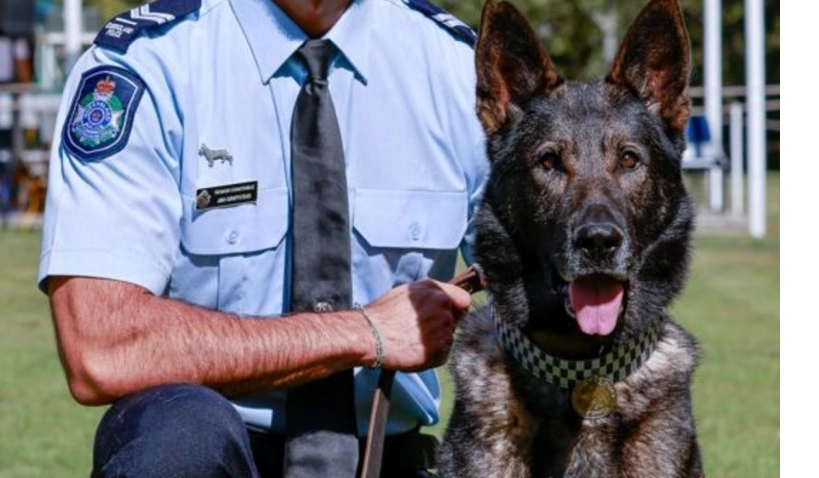 We are talking about an 8-year-old German Shepherd named Kaos. He has served in the Australian law enforcement agencies since one year.

He was awarded the « Award of the Council of German Shepherds of Australia (GSDCA)for outstanding services to dogs » – the highest award awarded to a German Shepherd serving in the country’s police.

The award was presented to him during the ceremony. The brave Kaos was accompanied by his dog handler Jim Griffiths, his family, and Sean Baxendell, the head of the local police dog breeding. 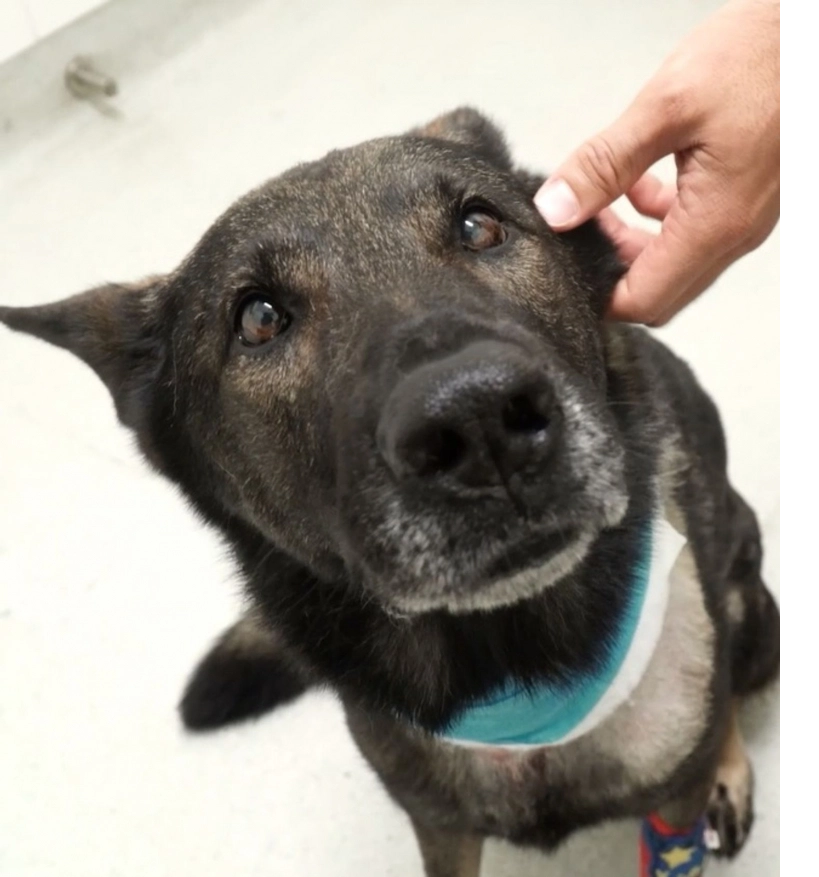 « We are delighted to honor Kaos after her 7 years of service with the Queensland Police, » said Annie Tamblyn of the GSDCA. She added that the dog  » simultaneously fights criminals and takes care of children when she visits them at the Queensland Children’s Hospital. »

Kaos survived a terrible attack a year and a half ago. On February 2, 2020, he was taken to the veterinary emergency department after he was stabbed by one of the two suspects he was chasing. The German Shepherd miraculously recovered and resumed work. 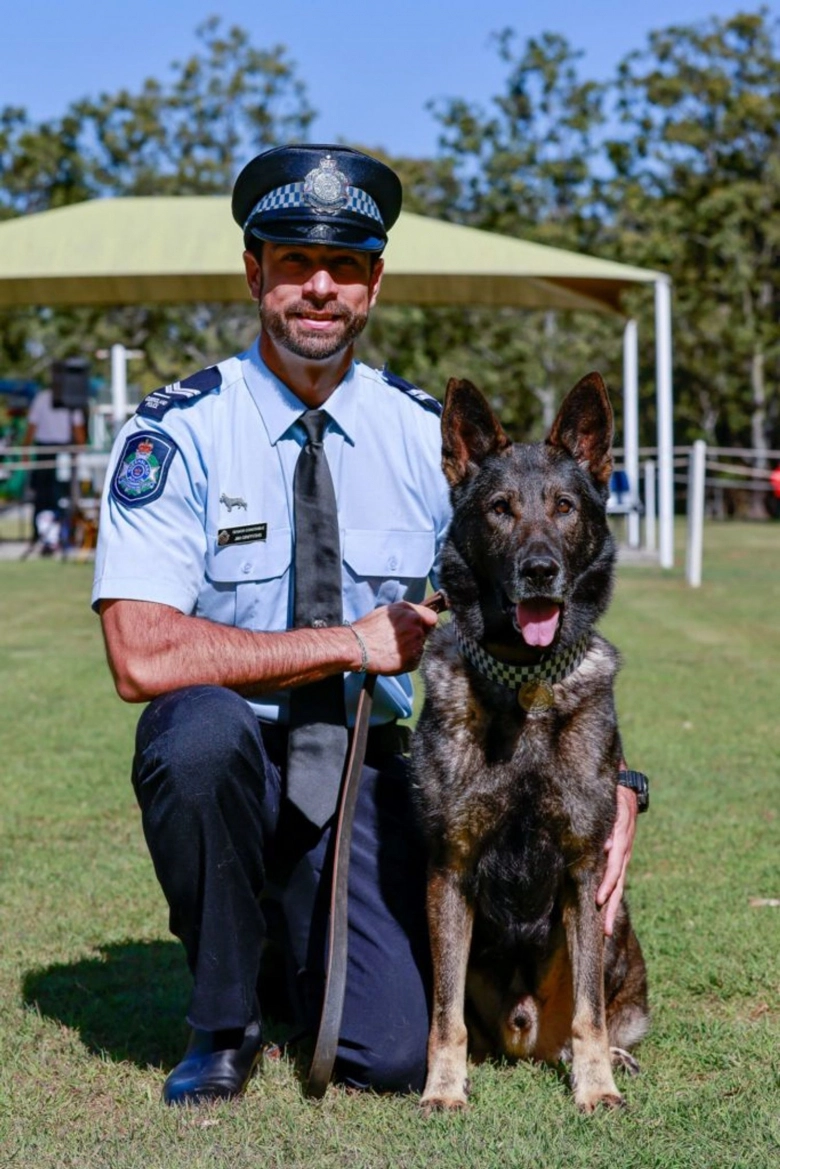 Officer Griffiths also gave a brief speech at the ceremony dedicated to his partner. « Our police dogs do amazing things every day. Therefore, it is a great honor for me that Kaos got the opportunity to receive recognition for what he did. »