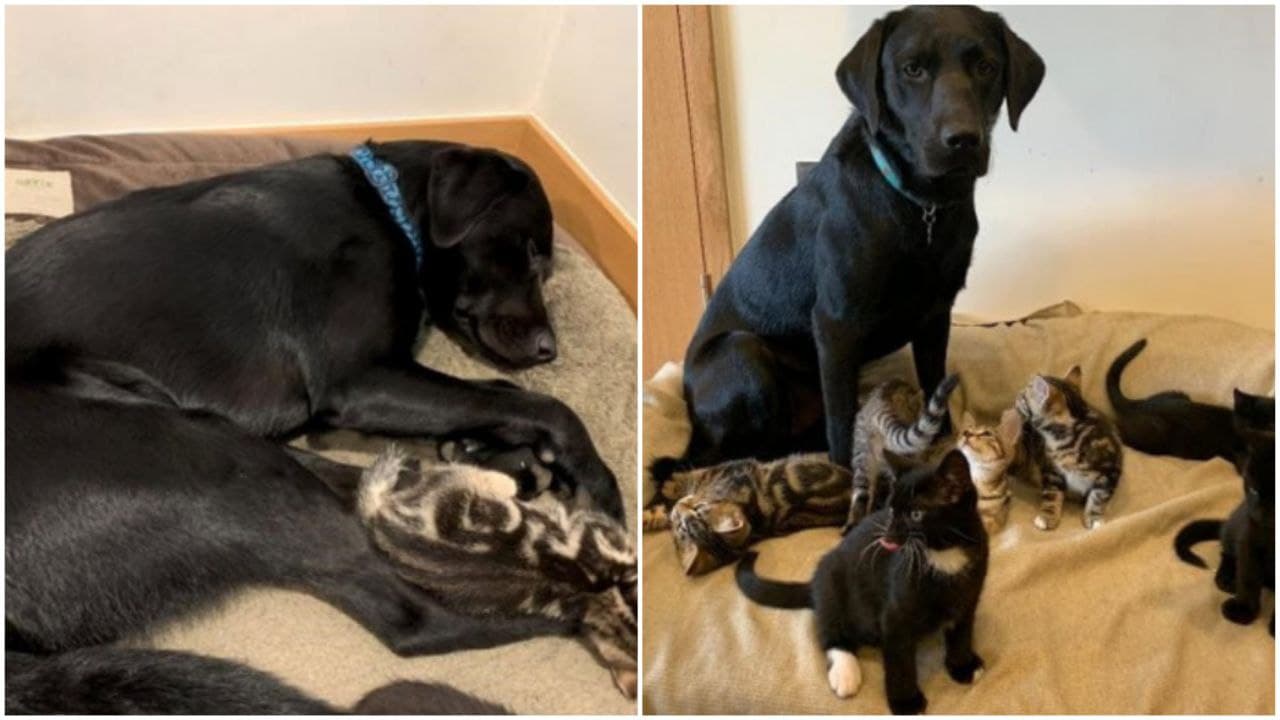 The most touching and unusual stories occur mainly with animals. So this time, an employee of a shelter in England witnessed such a case. About a month ago, they received small abandoned kittens at the shelter. People passing through the city noticed them on the side of the road and immediately gave them to specialists. 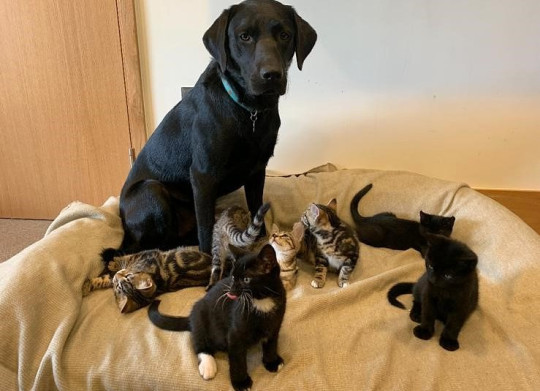 One shelter worker named Rachel felt that they needed special care and took them to her home. Here they will be more comfortable and she will be able to pay due attention to everyone. Rachel already had a Labrador named Bertie at home. She also took it from this shelter. 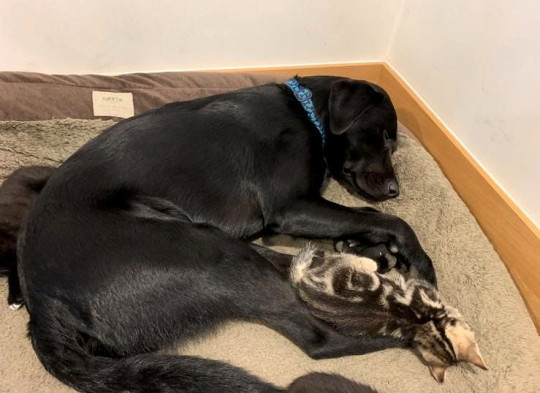 Who would have thought that the dog would accept kittens as his own children? He immediately began to babysit them. Rachel was engaged in their nutrition and treatment, and Bertie taught them to wash, go to the tray, and of course, took care of them like a real father. These kittens stayed in the girl’s house for about two months. During this time, they had already matured and could take care of themselves. 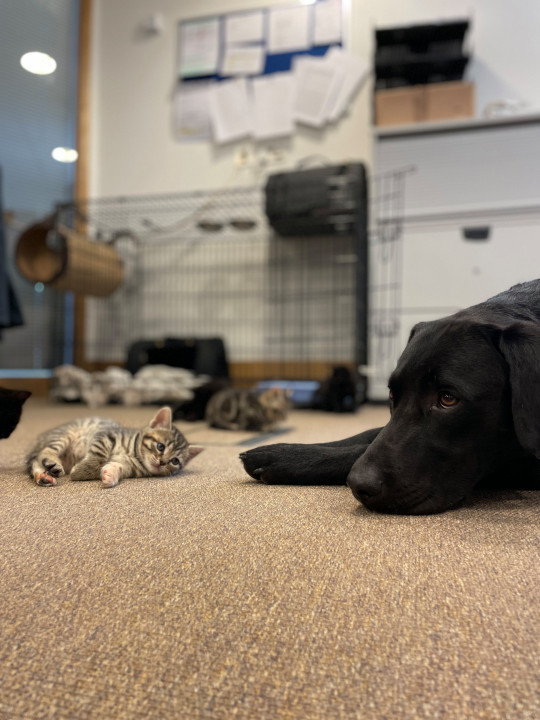 Rachel said that her dog showed himself very noble, and with the kids, he behaved like a real nanny. Small children tired him, but he endured everything because he treated them like his own children. And after a while, the little fluffy lumps became adult young cats who can stand up for themselves.

Of course, they did not want to part with these cats very much. Fortunately, all of them have already found their home.